Taliban warns US not to set up new bases in region 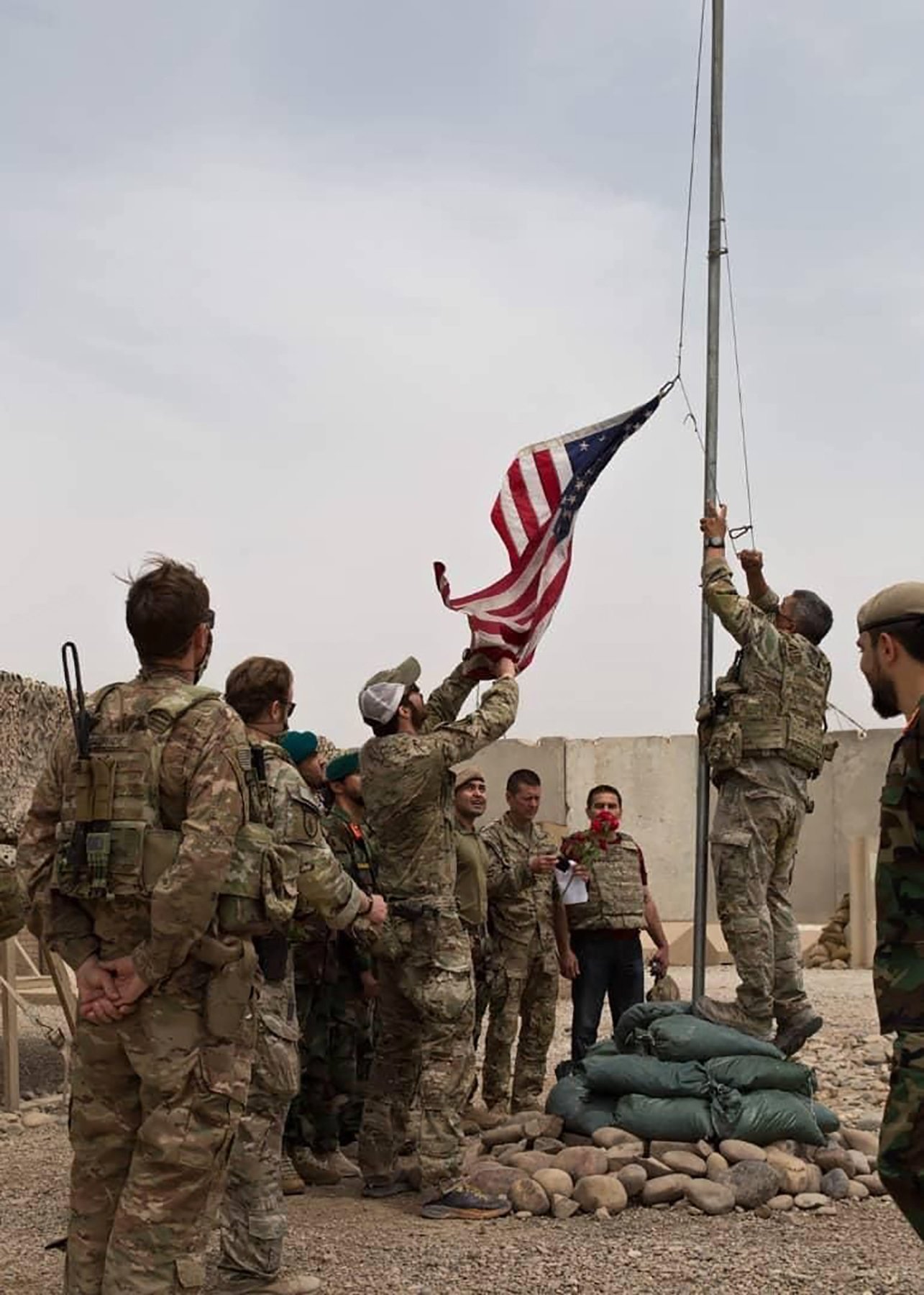 A U.S. flag is lowered as American and Afghan soldiers attend a handover ceremony from the U.S. Army to the Afghan National Army, at Camp Anthonic, in Helmand province, southern Afghanistan, May 2, 2021. (AP Photo)
by ASSOCIATED PRESS May 26, 2021 6:30 pm
RECOMMENDED

The Taliban warned the departing U.S. military on Wednesday against setting up bases in the region, as Pakistan voiced its decision not to allow any American bases on its territory.

The statements come amid speculation the United States, as it withdraws the last of its 2,500-3,500 soldiers from Afghanistan, will want a nearby locale from which to launch strikes against militant targets.

The warning also comes during stepped-up efforts to jump-start stalled peace talks between the government and the Taliban, possibly in Turkey.

Both Pakistan and the Middle Eastern State of Qatar have been pressing the Taliban to attend talks in Turkey. U.N.-sponsored talks were to have been held last month in Turkey but the Taliban refused to take part.

"Forget the past, but I want to tell the Pakistanis that no U.S. base will be allowed by Prime Minister Imran Khan so long he is in power,” he said.

After the Sept. 11, 2001 terrorist attacks, Pakistan opened four air bases to the U.S.-led coalition to aid in its efforts in Afghanistan to hunt down the al-Qaida perpetrators of the attacks and unseat the Taliban rulers who had given them safe haven.

In his April speech announcing an end to America's "forever war,” President Joe Biden said Washington would hold the Taliban and the government to its commitments to ensure Afghanistan could not again be used as a staging arena to attack the American homeland or its allies.

"We will not take our eye off the terrorist threat,” said Biden. "We will reorganize our counterterrorism capabilities and the substantial assets in the region to prevent re-emergence of terrorist threat to our homeland over the horizon."

The U.S., along with about 7,000 NATO forces will leave Afghanistan by Sept. 11 at the latest. In a statement earlier this week, the U.S. Central Command said it had completed about 25% of its withdrawal. The logistics of withdrawing are tremendous and according to the CENTCOM statement departing troops have already packed military equipment on to 160 C-17 cargo aircraft and shipped them back to America.

Besides airlifting its supplies, the United States is also moving equipment out of Afghanistan through Central Asia and Pakistan.

In their statement, the Taliban warned against neighboring countries allowing its territory to be used as a staging area for America.

"God forbid such a step is taken, it will be a great historic mistake and disgrace, its shame will go in history,” said the statement. "As we have repeatedly assured others our soil will not be used against anyone’s security, we urge others not to use its soil and airspace against our country.”