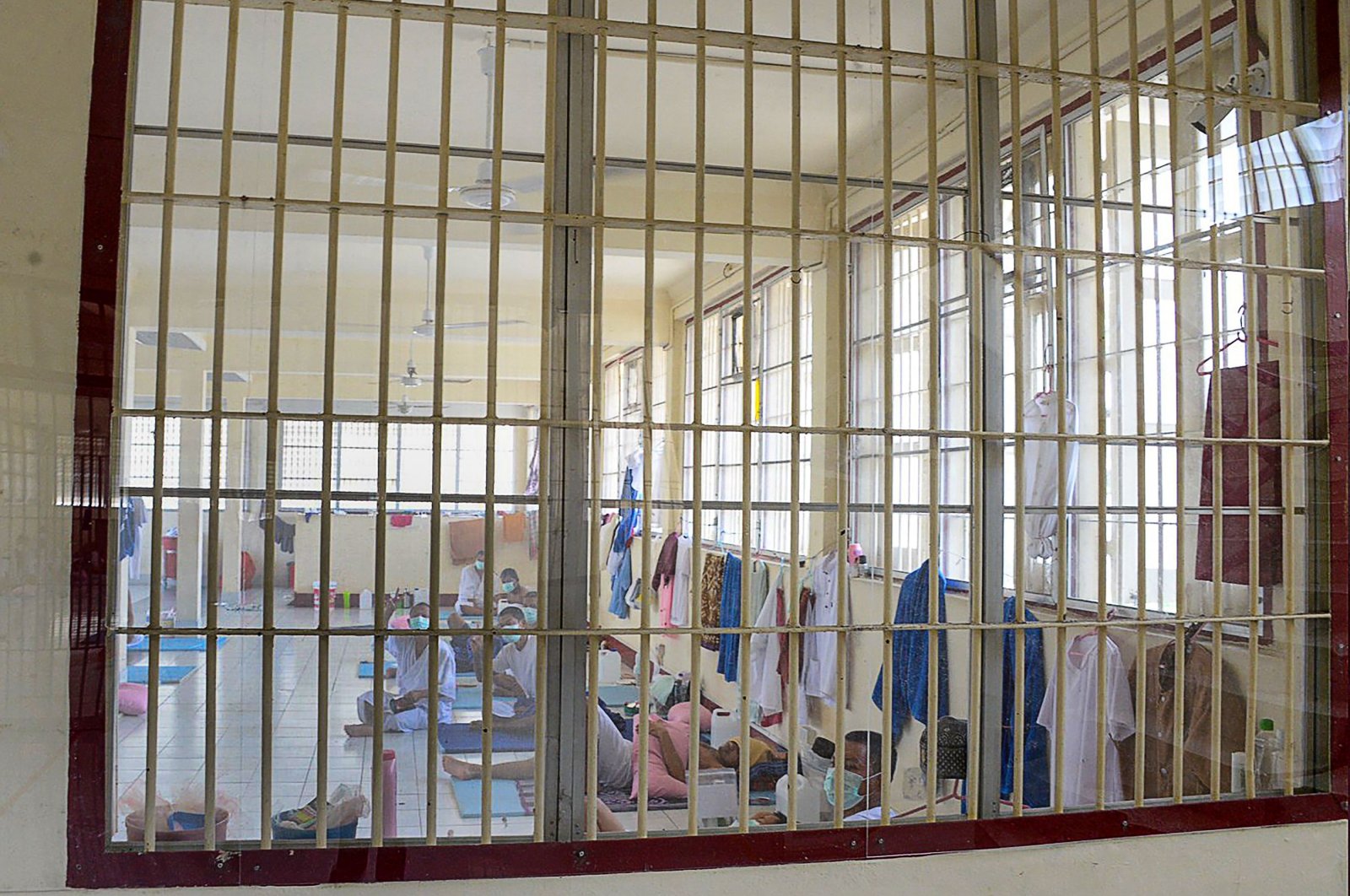 This handout from Thailand's Department of Corrections taken on May 9, 2021, and received on May 17, 2021, shows inmates who tested positive for the coronavirus being quarantined in a field hospital set up by the department in Bangkok, as the country continues to battle its latest surge in infections partly due to outbreaks in prisons. (Thailand's Department of Corrections/AFP Photo)
by REUTERS May 17, 2021 12:59 pm
RECOMMENDED

Thailand reported on Monday a daily record of 9,635 new coronavirus cases, nearly three-quarters of which were prisoners infected in jail clusters, as the Southeast Asian country struggles with a third wave of infections.

The combined cases bring its total infections to 111,082. Thailand also announced 25 new deaths on Monday, bringing its overall coronavirus fatalities to 614. The COVID-19 task force said 10,748 inmates had been infected with the coronavirus this month, according to tests on 24,357 prisoners in eight jails.

Authorities have been carrying out testing in seven other prisons and more positive cases are expected, said Aryut Sinthoppan, director-general of the Department of Corrections. "Prisons are overcrowded, so there are limitations to hygiene and disease control efforts," Aryut told reporters, adding that authorities aim to test every prisoner.

Thailand has an inmate population of 310,000 in its 143 jails. The prison spike follows positive tests for several hospitalized leaders of anti-government protests who were held in pre-trial detention after being accused of insulting the monarchy, prompting some calls for greater transparency.

Thailand's current wave of infections since the start of April has seen its overall coronavirus cases more than triple and deaths increase six times, following a year of success in containing earlier outbreaks. The country has yet to start its mass immunization drive, with 1.48 million recipients of the first dose of a COVID-19 vaccine so far, mostly front-line workers or members of high-risk groups.

A broader drive is expected to start in June, when locally manufactured AstraZeneca vaccines are scheduled to come available. Thailand is aiming to inoculate 70% of adults among its more than 66 million population.