Thousands evacuated in India, Bangladesh ahead of Super Cyclone Amphan 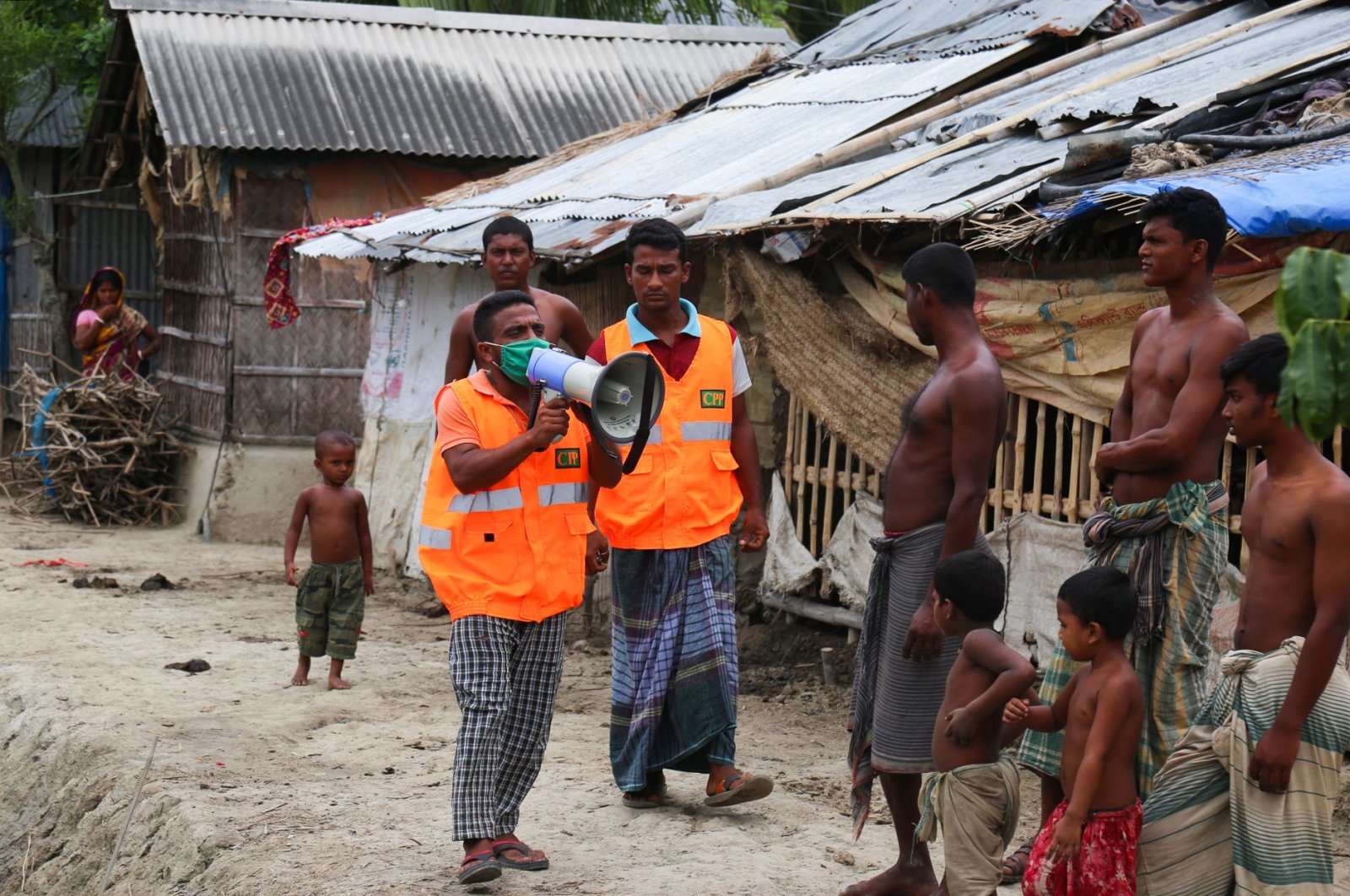 A Cyclone Preparedness Programme (CPP) volunteer uses a megaphone to urge residents to evacuate to shelters ahead of the expected landfall of Cyclone Amphan in Khulna, Bangladesh, May 19, 2020. (AFP Photo)
by REUTERS May 19, 2020 10:09 am
RECOMMENDED

Authorities in eastern India and Bangladesh were relocating tens of thousands of villagers away from the coastline on Tuesday ahead of a super cyclone that is expected to inflict large-scale damage as both countries struggle to contain the coronavirus.

Coronavirus quarantine shelters in India were being converted to cyclone shelters, leaving authorities to manage social distancing to try and prevent the spread of coronavirus.

In neighboring Bangladesh officials were moving people to higher ground and urged them to maintain social distance and wear masks as the country has recorded over 20,995 coronavirus cases and 314 deaths so far.

India's weather office said the Super Cyclone Amphan had reached winds of up to 240 kph (145 mph) with gusts of around 265 kph (165 mph) over the Bay of Bengal on Monday night and was expected to make landfall on Wednesday.

Such wind speeds, according to weather officials, could make Amphan one of the biggest storms to hit Indian in about a decade.

The cyclone comes as India eased the world's biggest lockdown imposed in April to contain the coronavirus which has infected more than 100,000 people and killed 3,163.

The states of Odisha and West Bengal were moving families to more than 1,000 shelters in government offices and educational centers and were hastily converting coronavirus quarantine centers into cyclone shelters.

"We have just about six hours left to evacuate people from their homes and we also have to maintain social distancing norms ... the cyclone could wash away thousands of huts and standing crop," S.G. Rai, an official in federal disaster management office told Reuters on Tuesday.

Trains plying thousands of migrant workers from the Indian capital New Delhi to eastern states, after the coronavirus lockdown of the country's rail system was eased, were diverted to avoid the cyclone's path.

India, with a coastline of 7,516 kilometers (4,670 miles), experiences more than one-tenth of all the world's tropical cyclones, the bulk of them on its eastern coast.

In neighboring Bangladesh, officials intensified rescue operations as the cyclone could trigger the worst storm in about 15 years along the country's low-lying coast.

Bangladesh's coastal districts may experience flooding from tidal waves and heavy rainfall with winds packing speeds of up to 160 kph (98 mph) is expected during the cyclone.

"We have prepared 12,000 cyclone centers, where more than 5 million people can take shelter. We have also taken necessary steps so that people can maintain distance and wear masks," said Enamur Rahman, the junior minister for disaster management and relief in the capital Dhaka.

Bangladesh's coast, home to 30 million people is also regularly battered by cyclones that have killed hundreds of thousands of people in recent decades.