Thousands of Rohingya Muslims deprived of shelter amid floods 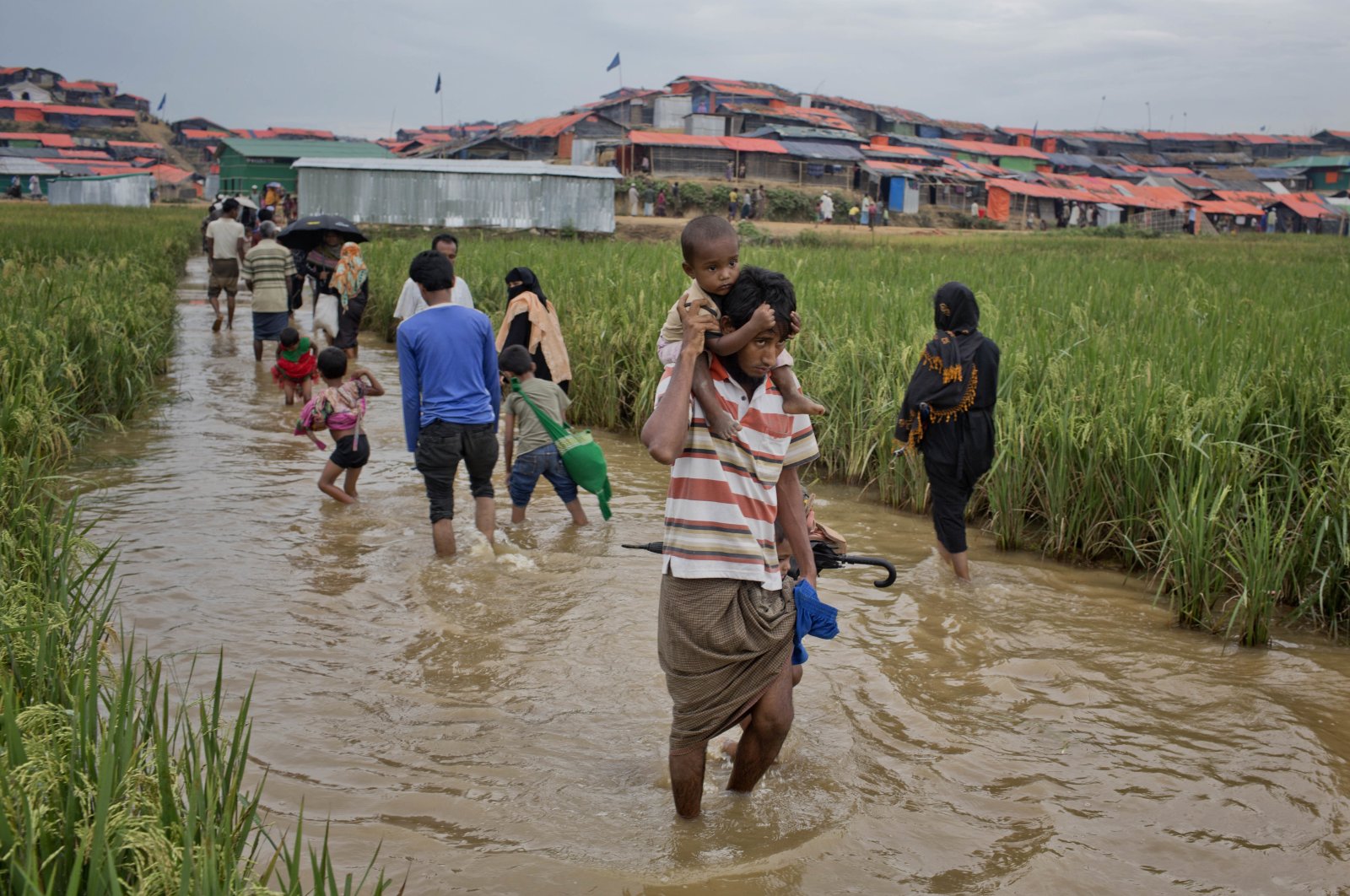 Rohingya Muslims, who crossed over from Myanmar into Bangladesh, wade past a waterlogged path leading to the Jamtoli refugee camp in Ukhiya, Bangladesh, Friday, Nov. 17, 2017. (AP Photo)
by Anadolu Agency Jul 28, 2021 10:42 am
RECOMMENDED

A massive flood caused by days-long seasonal monsoon rain has made thousands of Rohingya homeless at Bangladesh's refugee camps.

He said many of them have taken shelter at some centers run by international aid agencies and nongovernmental organizations (NGOs) while others sheltered at their nearby relatives' tents.

According to official records, at least five Rohingya people were killed on Tuesday in a landslide at the Balukhali refugee camp in the southern district of Cox's Bazar, while some others were injured.

"Almost every year, we suffer from rain and flood at the camps. We need a permanent solution," bemoaned Rohingya refugee Sobeda Khatun, who is also homeless now due to the prevailing flood.

The Bangladeshi refugee authority, however, said it is too early to calculate how many Rohingya have become homeless as rain is still going on.

"There is heavy rain for the last couple of days, and it is still going on. So it is tough for us to figure out the exact number of homeless Rohingya now. We are working to relocate the affected ones to a safer place," Shamsud Douza, additional commissioner of Bangladesh's Refugee Relief and Repatriation Commission, told AA.

He added that it is their priority that no Rohingya is left out of the shelter during this critical period.

Bangladesh is now home to more than 1.2 million stateless Rohingya, most of whom fled a brutal military crackdown in their home country of Myanmar in August 2017.

Thousands of these persecuted people at the world's largest refugee camps have been living at the steep slope of hills with life risks, especially during the seasonal monsoon rain, as they have to live with the looming threat of being hit by landslides anytime.