To the rescue: Australian a local newspaper takes action as the country faces toilet paper shortage 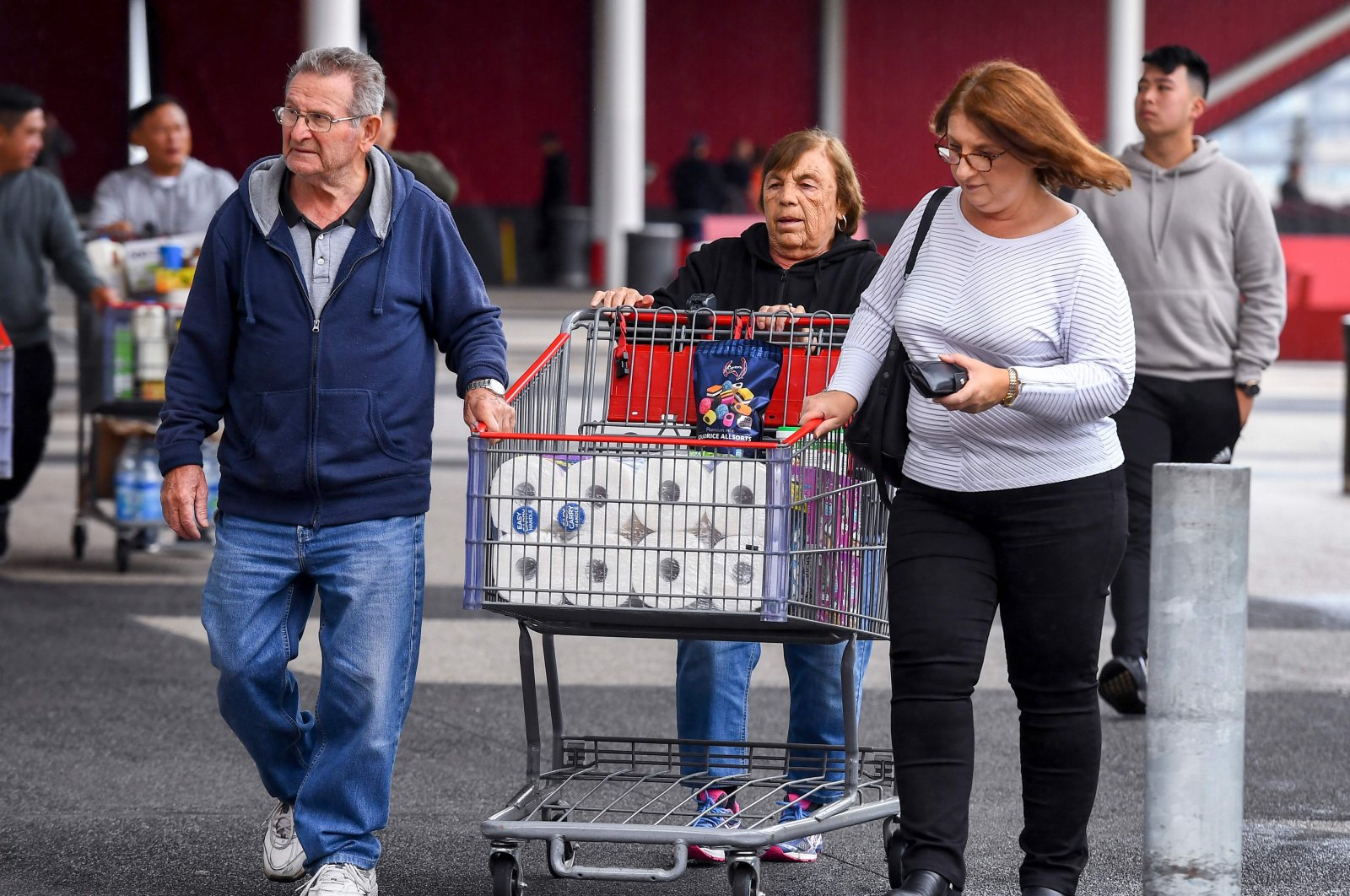 People leave a Costco warehouse with rolls of toilet paper amongst their groceries in Melbourne on March 5, 2020. (AFP Photo)
by Daily Sabah with AFP Mar 06, 2020 12:30 am
RECOMMENDED

Darwin's daily paper, the NT News, made light of the loo roll hysteria, printing several blank pages for their readers to use if worst comes to the worst.

"We've printed an eight-page special lift-out inside, complete with handy cut lines, for you to use in an emergency," the paper's front page read.

Over 50 people have been confirmed to have the virus in Australia so far with the latest cases including an eight-month-old baby in Adelaide.

A fiery truck crash in Brisbane on Wednesday night further fuelled concerns after it was revealed it to be carrying loo roll.

But supermarkets and manufacturers urged calm, reassuring customers that deliveries were increased to compensate for the demand.

A fight over toilet roll in a store ended with a man being tasered, Australian police said Thursday, as coronavirus concerns drive panic buying.

Police were called to a store in the New South Wales town of Tamworth, about four hours drive north of Sydney, after the man allegedly lashed out and attacked another customer and a worker.