Troika plus group holds talks on Afghanistan in Pakistan's Islamabad 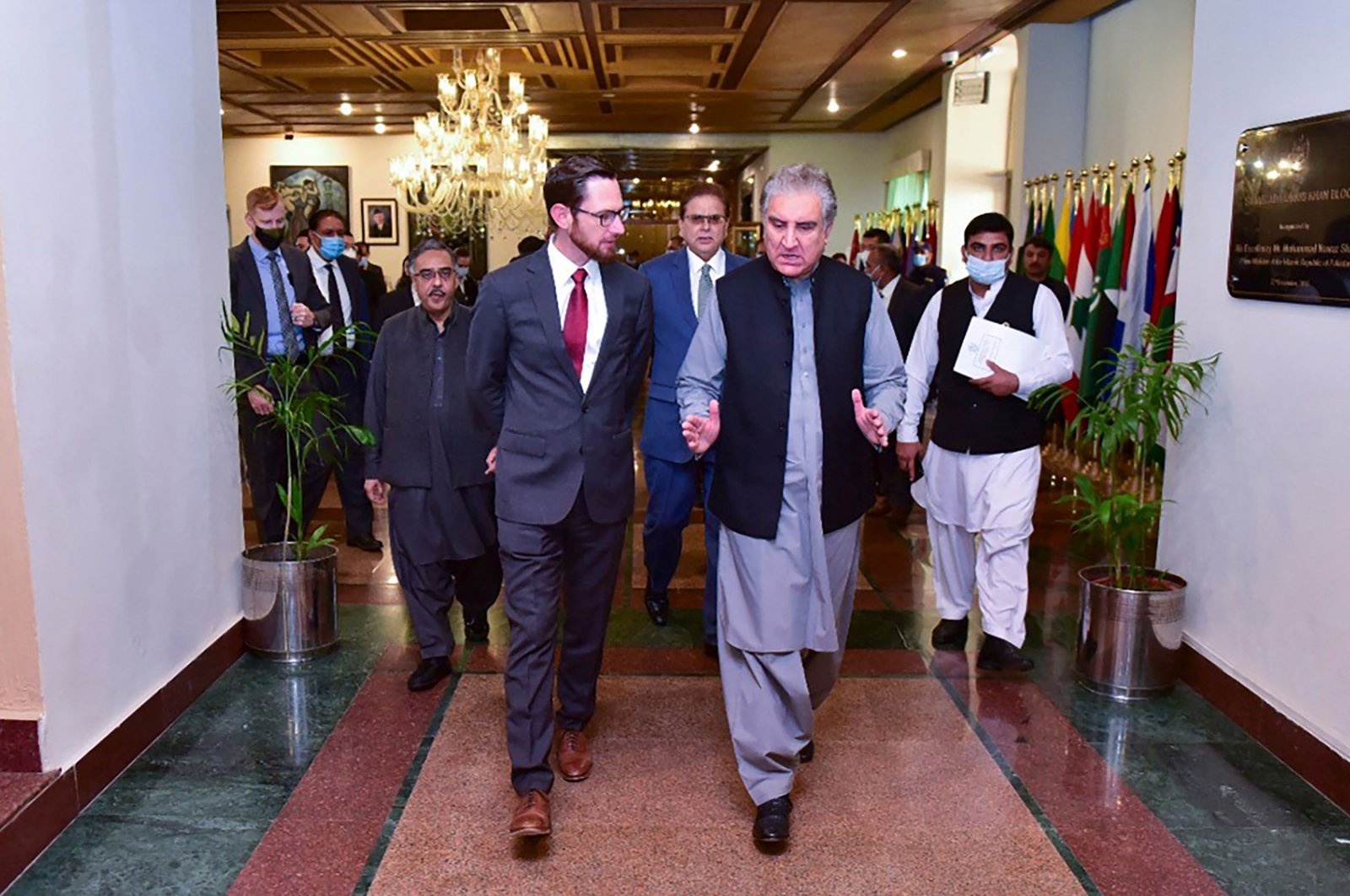 Pakistan on Thursday hosted talks with special envoys from the United States, Russia and China on the path forward for Afghanistan, where a deepening humanitarian crisis has forced many Afghans to migrate to neighboring countries since the Taliban takeover in August.

The so-called "troika plus" group on Afghanistan said on Thursday it acknowledged deep concern about the serious liquidity problems facing the country and would seek ways to ease access to "legitimate banking services." They called on the Taliban to implement "moderate and prudent policies," ensure the rights of women and girls and prevent the use of its territory for militant attacks.

Pakistani Foreign Minister Shah Mehmood Qureshi asserted that Afghanistan is "at the brink of economic collapse" and the international community must urgently resume funding and provide humanitarian assistance.

Speaking at the opening of the troika plus, which included Thomas West, the new U.S. special envoy for Afghanistan, Qureshi said that any further downward slide would "severely limit" the new Taliban government's ability to run the country.

"Today, Afghanistan stands at the brink of an economic collapse," he was quoted as saying by Agence France-Presse (AFP). "It is, therefore, imperative for the international community to buttress provision of humanitarian assistance on an urgent basis."

That included enabling Afghanistan to access funds frozen by Western donors since the Taliban took control of the country in August, he added. Resuming the flow of funding "will dovetail into our efforts to regenerate economic activities and move the Afghan economy towards stability and sustainability," Qureshi said. Doing so would benefit Western countries also, he argued in later comments to state media.

"If you think that you are far, Europe is safe and those areas you imagine will not be affected by terrorism, don't forget the history," he said. "We have learned from the history and we don't want to repeat those mistakes made in the past."

Pakistan says the presence of an Afghan representative was necessary in such talks. In remarks after the meeting, Qureshi said he told participants that the talks would be more productive with the Taliban representative in the room. He said the next troika plus meeting will be held in Beijing, where the Taliban representative will be invited. Qureshi said any instability in Afghanistan will directly affect Pakistan, but also Europe and other nations. He added that he will inform Afghan Foreign Minister Amir Khan Muttaqi, who was also present in Islamabad but he did not attend the meeting, about the outcome of Thursday's troika plus meeting, according to The Associated Press (AP).

Pakistan has been urging nations to free Afghanistan’s assets to enable the Taliban government to use its own money to avert the deepening crisis. Currently, Kabul does not have access to the Afghanistan central bank’s $9 billion in reserves, most of which is held by the New York Federal Reserve.

The latest development comes weeks after Russia hosted similar talks on Afghanistan, but Washington at the time stayed away due to logistical reasons. On Wednesday, India hosted senior security officials from Russia, Iran and five Central Asian countries to discuss the ramifications of the Taliban takeover of Afghanistan in talks that were boycotted by rival Pakistan and its ally China.

The Taliban seized power following the withdrawal of U.S. troops from Afghanistan after 20 years of war. Since the takeover in August, the world community has not recognized the Taliban regime over human rights issues and a lack of inclusivity in their Cabinet.