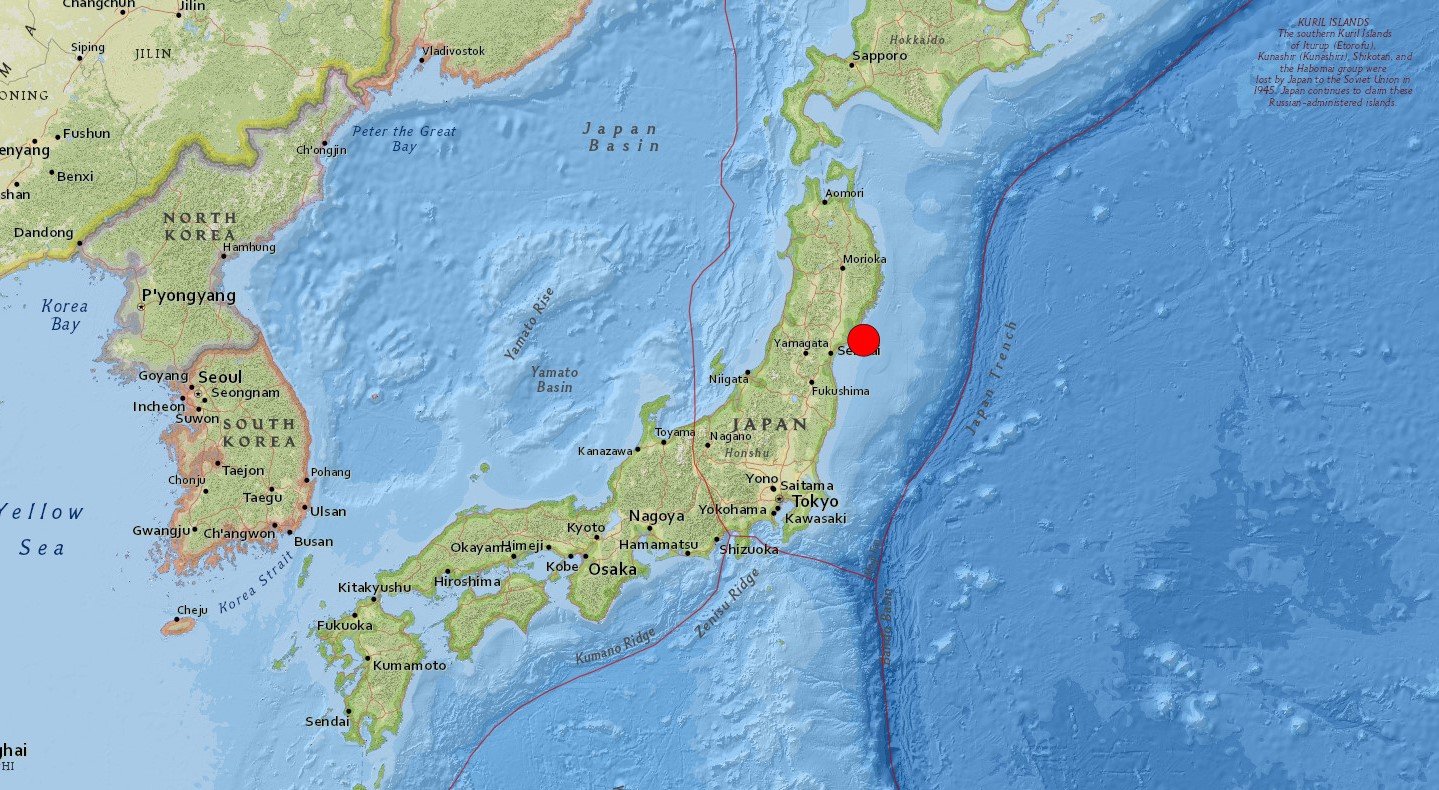 Japanese authorities lifted a tsunami warning issued earlier on Saturday after a 7.2-magnitude earthquake struck off the country’s northeastern coast.

The quake hit at 6:09 p.m. (0909 GMT) in Pacific waters off Miyagi region with a depth of 60 kilometers (37 miles), Japan Meteorological Agency (JMA) said, issuing an advisory for tsunami waves of around one meter.

There were no immediate reports of damage from Miyagi, and local authorities were inspecting the status of the region's nuclear plants, according to local media.

The U.S. Geological Service (USGS) put the strength of the quake at 7.0-magnitude.

The quake and tsunami advisory come not long after Japan marked 10 years since the catastrophic 9.0-magnitude earthquake of March 11, 2011, that triggered a killer tsunami and a meltdown at the Fukushima Daiichi Nuclear Plant.

Some residents of coastal communities said they had fled to higher ground after the advisory was issued Saturday evening.

"I recalled that day 10 years ago," a man in Ishinomaki city told public broadcaster NHK as he fled to a park on a hill.

"Because of our experience of that day, I moved quickly. My heart is pounding hard," he said.

There were no immediate reports of damage, according to Takashi Yokota, an official of Miyagi prefecture's disaster management office.

"We have not received any immediate report of damage or injuries following the earthquake and the tsunami advisory. But we are still collecting information," he told Agence France-Presse (AFP).

The Nuclear Radiation Authority said there had been no reports of abnormality at the area's nuclear facilities, including the crippled Fukushima Daiichi Plant, Onagawa Nuclear Plant and various smaller facilities and experimental nuclear reactors.

Last month, the region was also shaken by another strong quake that injured dozens. Meteorologists said it was an aftershock of the 2011 quake.

Japan sits on the Pacific "Ring of Fire", an arc of intense seismic activity that stretches through Southeast Asia and across the Pacific basin.