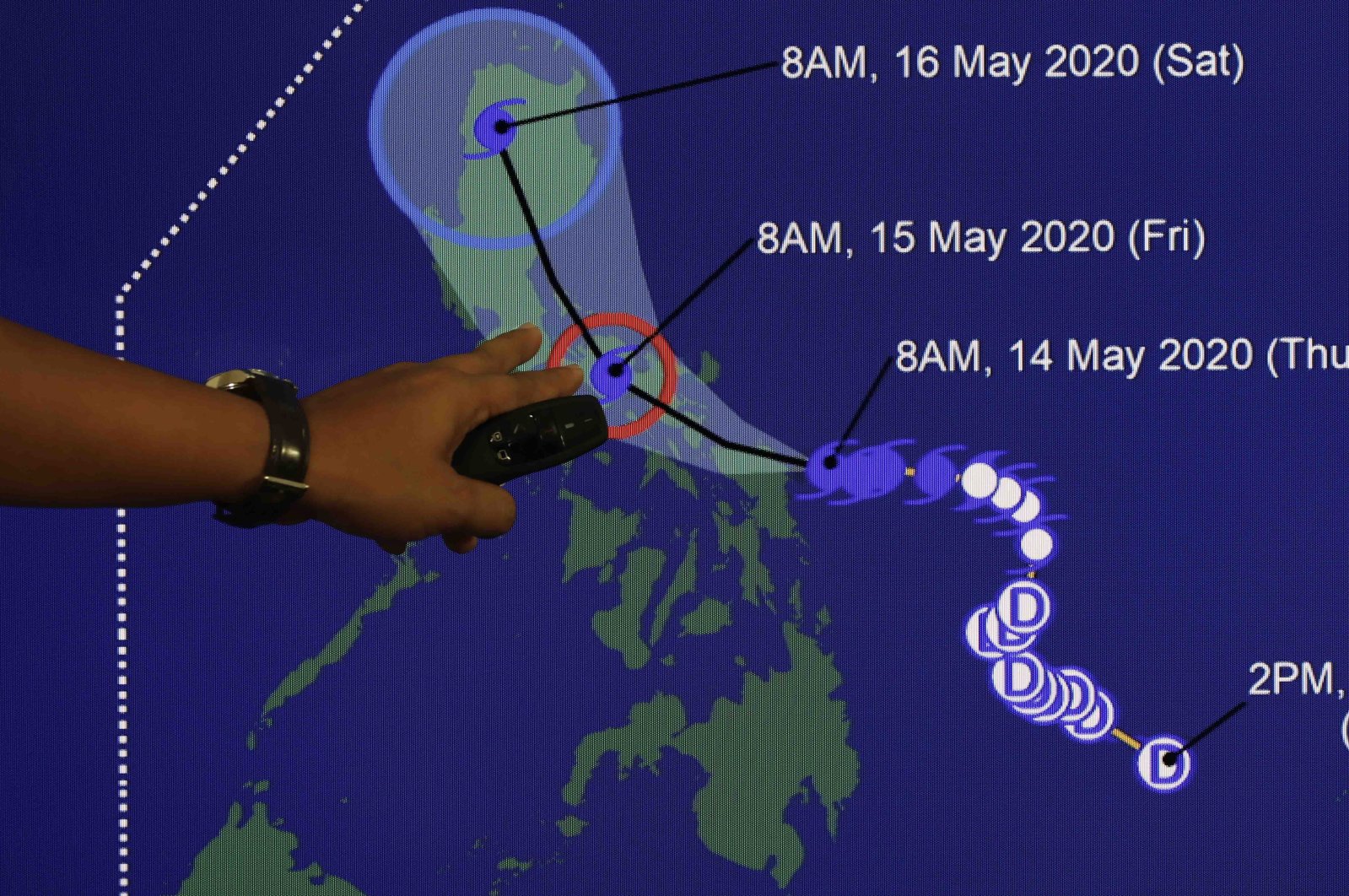 A powerful typhoon hit the central Philippines Thursday, forcing a complicated and risky evacuation for tens of thousands already hunkered down at home during the coronavirus pandemic.

At least 200,000 people live in coastal areas or flimsy homes in the province near where the storm, called Typhoon Vongfong, made landfall with fierce winds and heavy rain.

Tens of millions more live along the typhoon's path, which is expected to take it near the densely populated capital Manila.

Because of the twin threat of the storm and the virus, evacuation centers in the central Philippines will only accept half their capacity and evacuees will have to wear face masks.

The surge of people and limited space mean authorities have asked 47 big churches in the area to accept people fleeing the typhoon, which is the first of the season.

"We will be overwhelmed so we're expanding our evacuation to include churches," said Cedric Daep, disaster chief in central Albay province.

Vongfong is packing gusts up to 190 kilometers (120 miles) an hour as well as drenching rains that could cause flooding and landslides, the national weather agency said.

Areas in the typhoon's path are under varying levels of virus quarantine, yet many people are staying at home to avoid infection.

The Philippines has reported 772 deaths and 11,618 cases of the virus, though the number is believed to be higher due to limited testing.

Typhoons are a dangerous and disruptive part of life in the Philippine archipelago, which gets hit by an average of 20 storms and typhoons each year.

The storms put millions of people in disaster-prone areas in a state of constant poverty and a cycle of rebuilding.

Typhoon Kammuri, which hit the Philippines in early December, damaged or destroyed 484,000 houses and caused more than a million people to flee, according to the social welfare department.

A July 2019 study by the Manila-based Asian Development Bank said the most frequent storms lop 1% off the Philippine economy, with the stronger ones cutting economic output by nearly 3%.

The country's deadliest cyclone on record was Super Typhoon Haiyan, which left more than 7,300 people dead or missing in 2013.