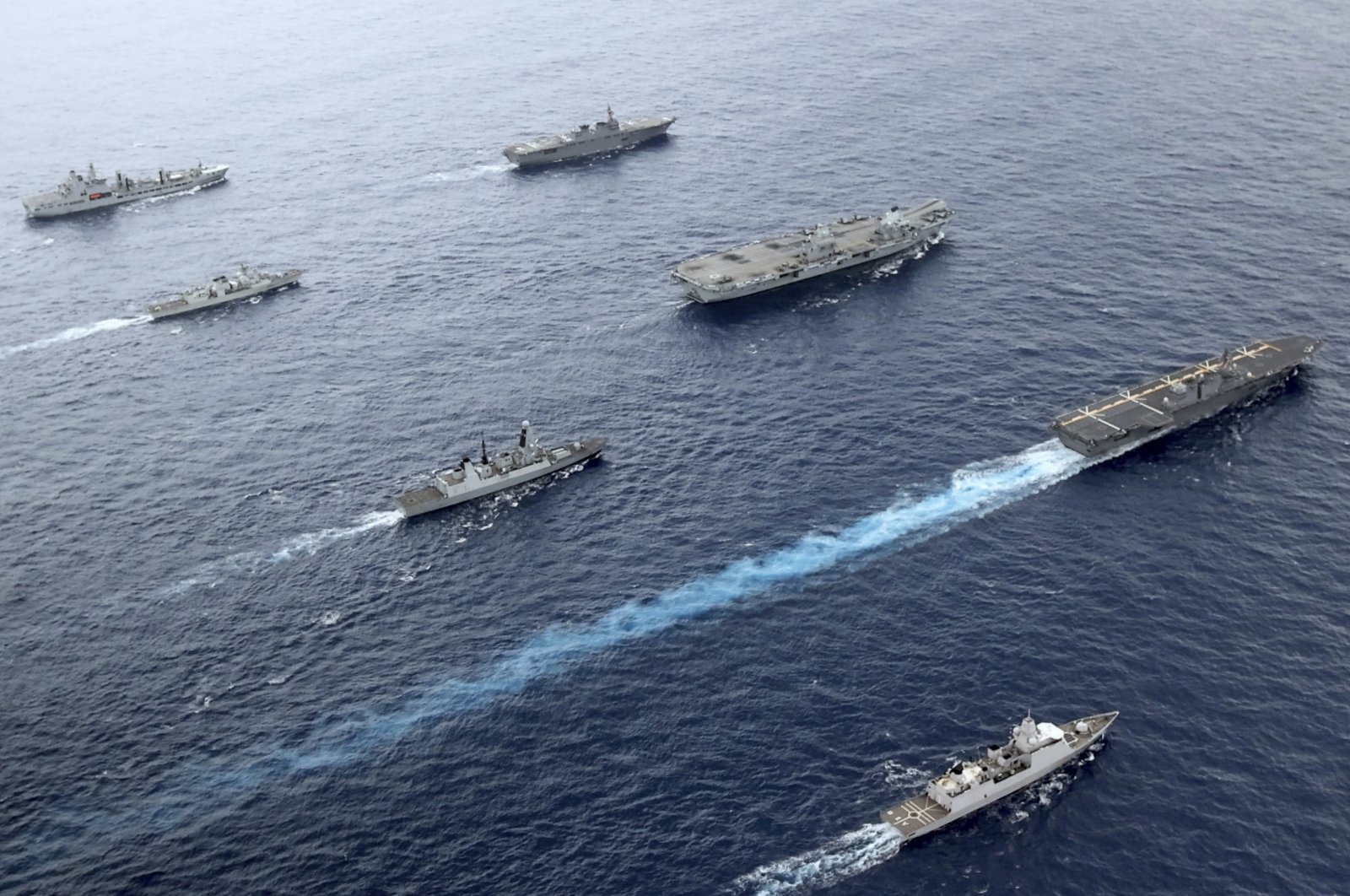 The United Kingdom said on Sunday that it had collected evidence of multiple ships from various nationalities apparently breaching United Nations sanctions against North Korea banning the sale of fuel to the country.

British frigate HMS Richmond has been taking part in U.N. sanctions enforcement operations in the region.

"HMS Richmond’s deployment in the East China Sea identified ships acting in suspected breach of U.N. sanctions and tracked vessels which had previously not been flagged to the Enforcement Coordination Cell," defense minister Ben Wallace said in a statement.

The statement did not detail those thought to be in breach of the sanctions, but said "multiple ships of various nationalities" had been identified.

Earlier this month, a U.S.-based research group said in a report that smugglers suspected of evading sanctions on North Korea have turned to schemes to create fraudulent identities for sanctioned ships.

North Korea is under strict international sanctions imposed over its nuclear weapons and ballistic missile programs. Talks aimed at persuading Pyongyang to give up those weapons in return for lifting sanctions have been stalled.

According to Middlebury Institute of International Studies at Monterey, North Korea is apparently expanding a uranium enrichment plant at its Yongbyon nuclear complex in what experts call a sign of Pyongyang's intention to advance the production of bomb materials.

The assessment comes after North Korea recently raised tensions with its first missile tests in six months amid long-dormant nuclear disarmament negotiations with the United States.

“The expansion of the enrichment plant probably indicates that North Korea plans to increase its production of weapons-grade uranium at the Yongbyon site by as much as 25%,” Jeffrey Lewis and two other experts at the institute said in the report.

North Korea calls the Yongbyon complex “the heart” of its nuclear program. During a summit with then-President Donald Trump in early 2019, North Korean leader Kim Jong Un offered to dismantle the entire complex if he was given major sanctions relief. But the Americans rejected Kim’s proposal because they viewed it as a limited denuclearization step.

Some U.S. and South Korean experts speculate North Korea is covertly running at least one additional uranium-enrichment plant. In 2018, a top South Korean official told parliament that North Korea was estimated to have already manufactured up to 60 nuclear weapons as well.

Estimates on how many nuclear weapons North Korea can add every year vary, ranging from six to as many as 18 bombs.

In the past week, North Korea launched both ballistic and cruise missiles toward the sea in tests seen as an effort to diversity its missile forces and strengthen its attack capability on South Korea and Japan, where a total of 80,000 American troops are based. Experts say both types of missiles could be armed with nuclear warheads.

Kim has threatened to bolster his nuclear arsenal and acquire more sophisticated weapons unless Washington drops its hostility against his country, an apparent reference to U.S.-led sanctions and its regular military drills with Seoul. But Kim still maintains his self-imposed moratorium on testing long-range missiles directly targeting the U.S. mainland, suggesting he wants to keep chances for future diplomacy with Washington alive.