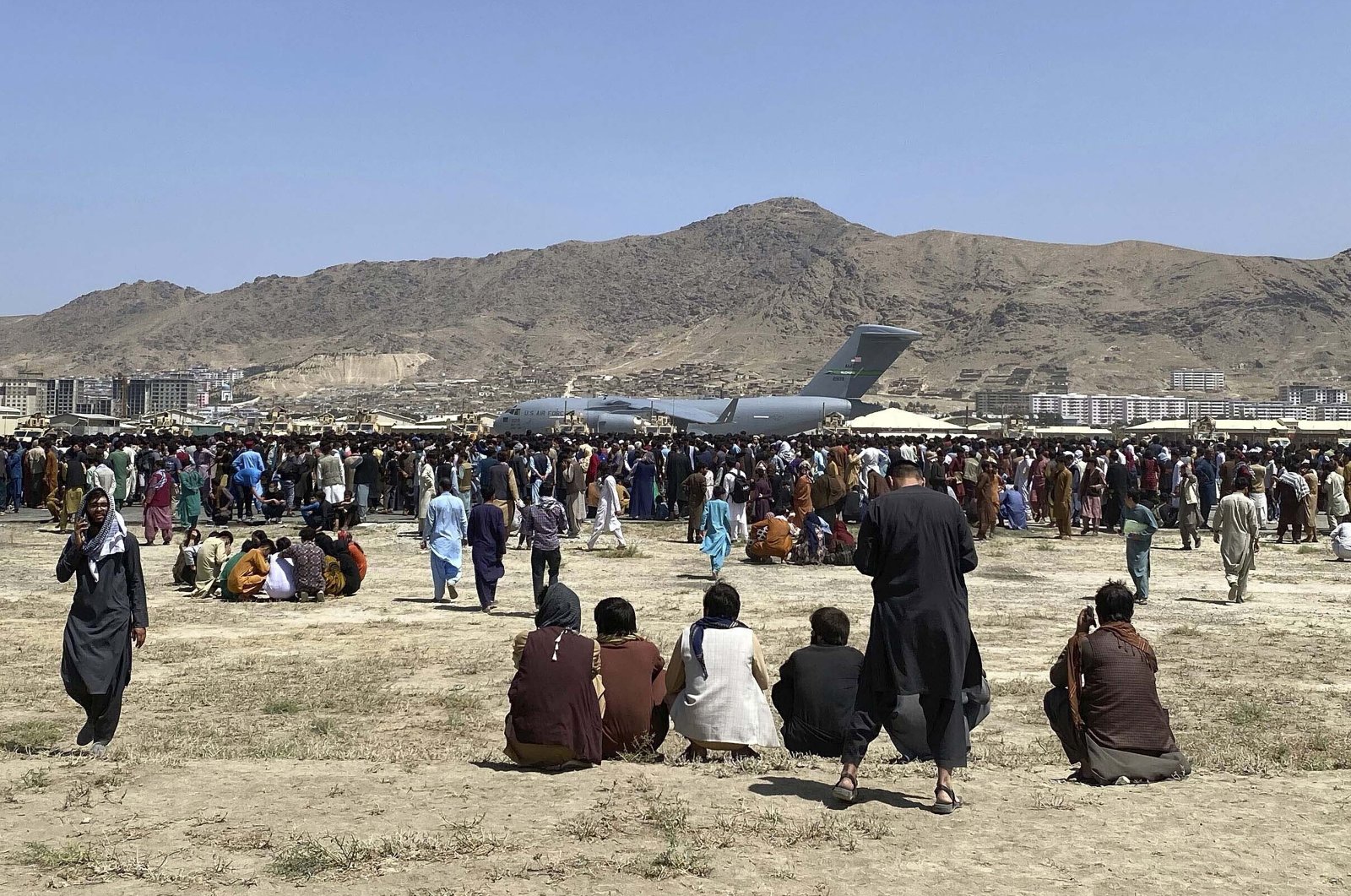 Seven people died in the chaos near Kabul Hamid Karzai International Airport in Kabul, Afghanistan, the United Kingdom Ministry of Defense said Sunday as thousands of people try to flee the country.

"Our sincere thoughts are with the families of the seven Afghan civilians who have sadly died in crowds in Kabul," a ministry spokesperson said.

The United States and its allies have been struggling to cope with the huge numbers of people trying to get on evacuation flights in the week since the Taliban retook power.

"Conditions on the ground remain extremely challenging but we are doing everything we can to manage the situation as safely and securely as possible," the spokesperson said.

British Defence Secretary Ben Wallace told the U.K. newspaper the Daily Mail on Sunday that "no nation will be able to get everyone out" before the U.S. deadline of August 31.

"Perhaps the Americans will be permitted to stay longer and they will have our complete support if they do," he said.