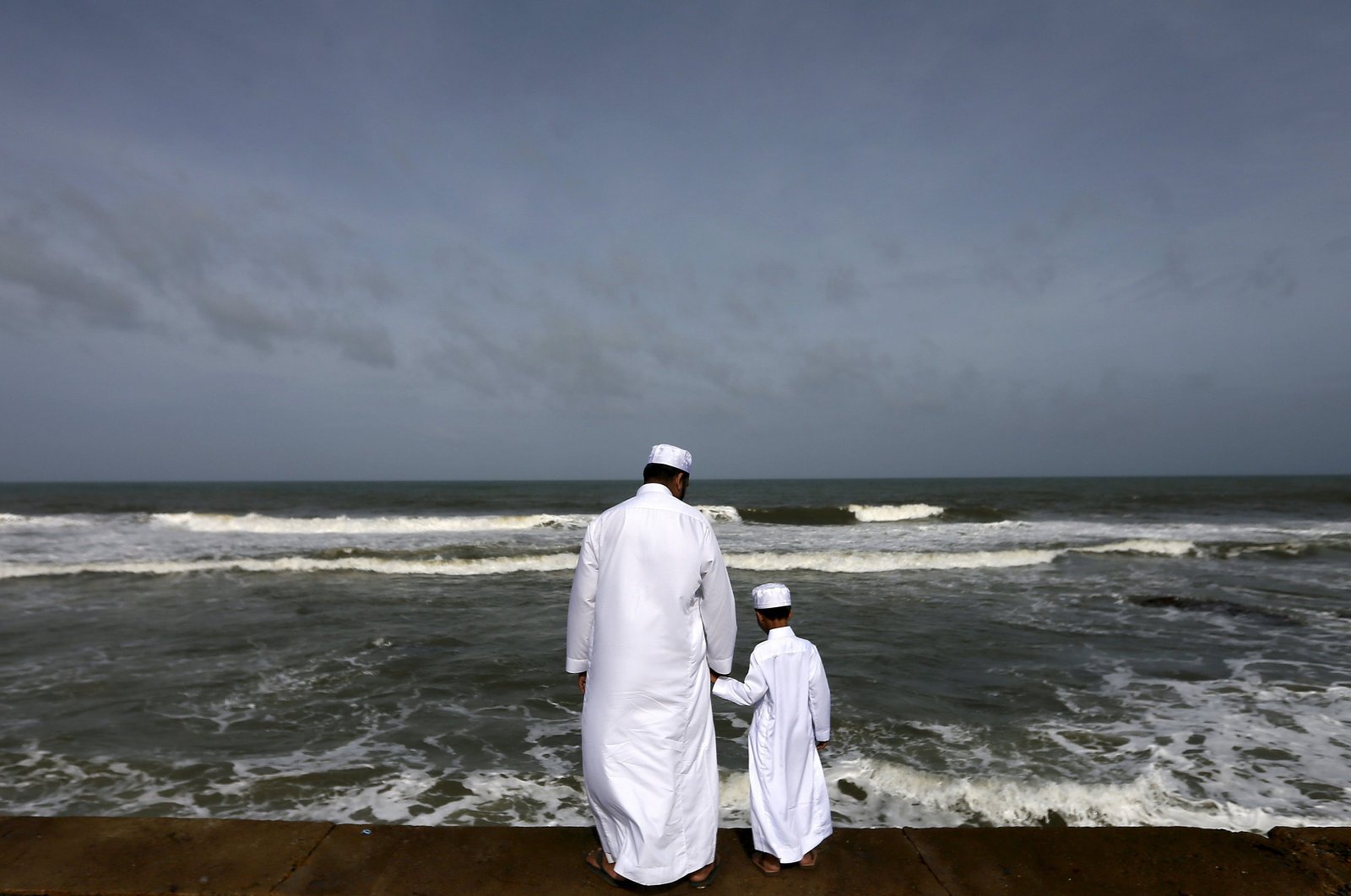 A Sri Lankan Muslim father and son stand in front of the sea during morning prayers of Eid al-Fitr celebrations marking the end of Ramadan, in Colombo, July 18, 2015. (Reuters Photo)
by Anadolu Agency Feb 10, 2021 10:23 am
RECOMMENDED

The Muslim Council of Britain (MCB) submitted a complaint to the United Nations on Tuesday over the forced cremations of Muslims in Sri Lanka who died of COVID-19.

The MCB in partnership with U.K.-based law firm Bindmans submitted the complaint to the U.N. Human Rights Council (UNHRC) on behalf of their families.

"No other state has carried out such unjust and discriminatory measures. We very much hope that the Sri Lankan government will change its policy in line with the World Health Organization's (WHO) advice,” Zara Mohammed, secretary-general of the MCB, said in a statement, describing the government's policy as "unprecedented.”

Tayab Ali, a partner at Bindmans who represents the MCB and the applicants, said the forced cremations are a violation of religious freedom as well as international law.

"We hope that the United Nations Human Rights Committee will take immediate action on receipt of this complaint by granting interim measures to halt these cremations,” Ali said.

In March last year, Sri Lanka's Ministry of Health declared that burying coronavirus victims could spread the virus. It said the bodies of the deceased, irrespective of their religion, would therefore be cremated.

But WHO stressed that cremation is a "matter of cultural choice.”

"It is a common myth that persons who have died of a communicable disease should be cremated, but this is not true,” it added.

Nongovernmental organizations (NGOs) and minority groups in Sri Lanka have filed petitions before the Supreme Court pleading to stop the cremation of Muslim bodies. But the court dismissed all such petitions.

Since the beginning of the pandemic, Sri Lanka has reported 71,211 coronavirus cases, 370 deaths and 65,053 recoveries, according to data compiled by U.S.-based Johns Hopkins University.