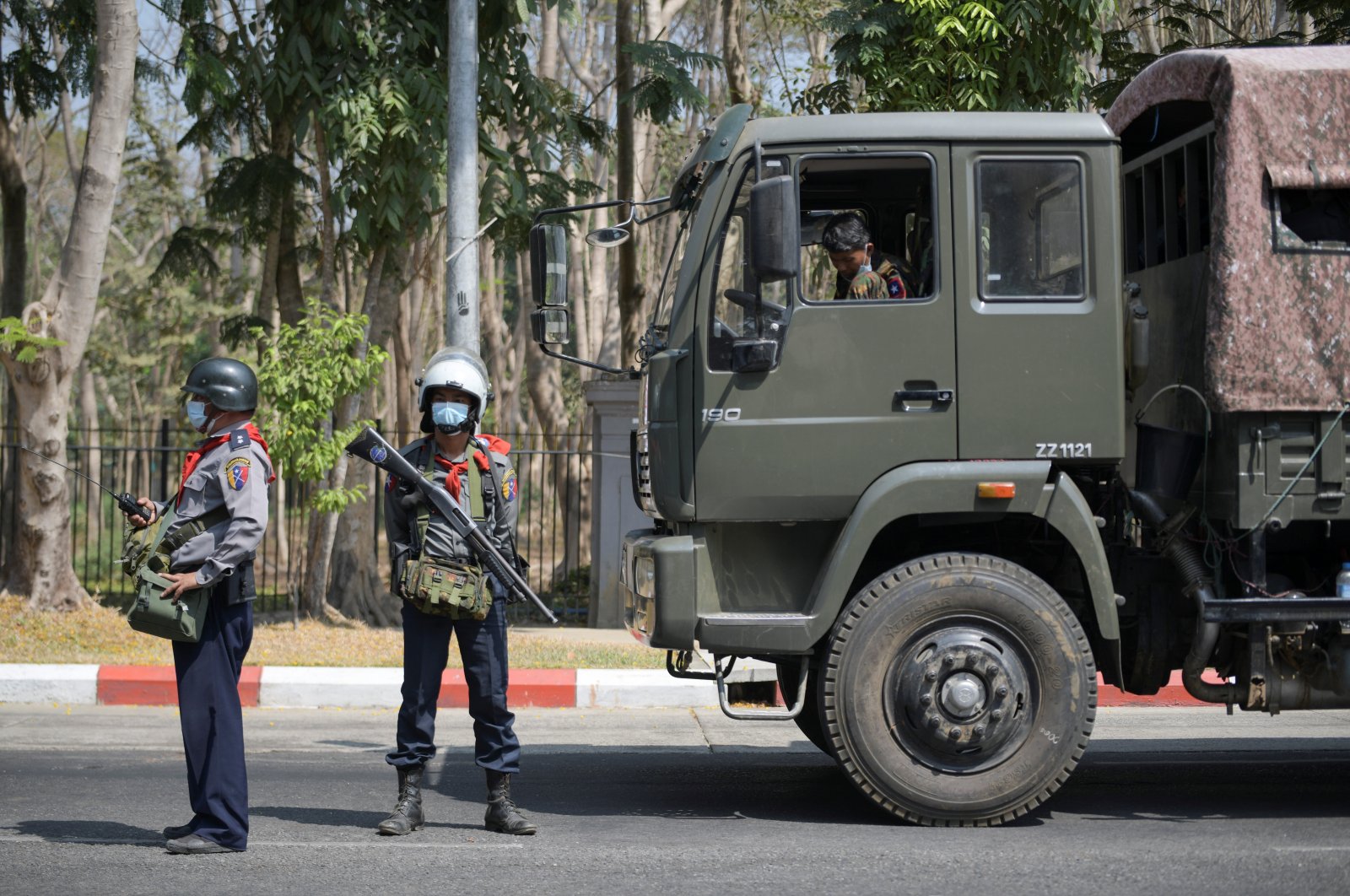 Britain announced further sanctions Thursday against members of Myanmar’s military for their part in the coup that ousted the country’s elected government.

The new round of sanctions targets Myanmar’s State Administration Council, which was set up following the coup to exercise state functions.

The measures immediately ban the generals, including Commander-in-Chief Min Aung Hlaing, from traveling to Britain and will prevent U.K. businesses and institutions from dealing with their funds or economic resources in Britain.

The British government added that it will ensure U.K. businesses do not trade with Myanmar’s military-owned companies.

The government has said it was ending aid programs that sent money to the Myanmar government but that aid would still reach "the poorest and most vulnerable in Myanmar.”

The U.K. is the ex-colonial ruler of Burma, as Myanmar was formerly known. The Myanmar military seized power on Feb. 1 and detained national leader Aung San Suu Kyi and other pro-democracy figures.

Britain, which currently holds the rotating presidency of the Group of Seven (G-7), has joined the chorus of international criticism targeting the generals and calls for the release of civilian leaders, including democratically elected Suu Kyi.