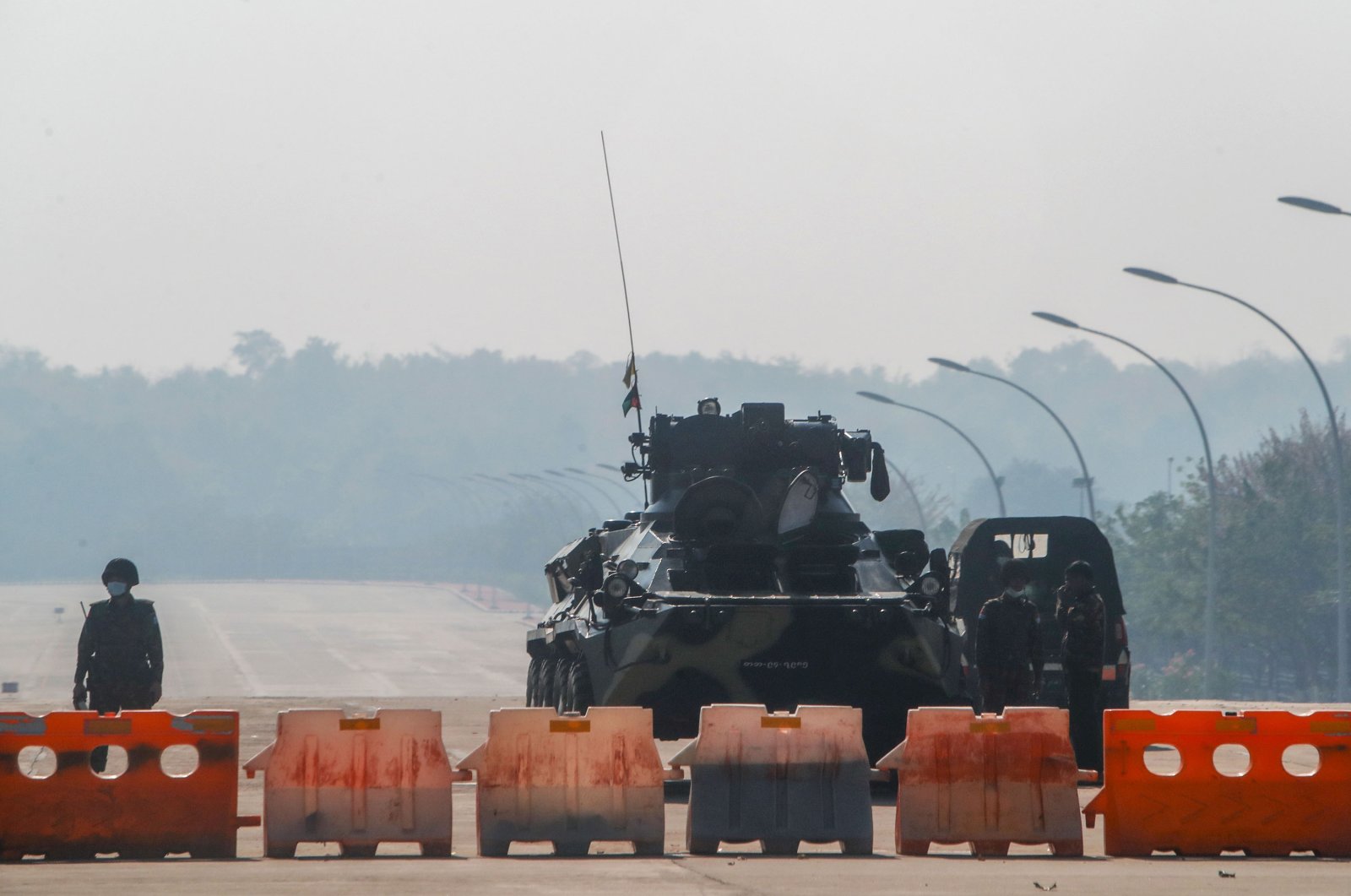 Myanmar's soldiers stand guard at a roadblock manned with an armored vehicle in a road leading to the parliament building Tuesday, Feb. 2, 2021, in Naypyitaw, Myanmar. (AP Photo)
by REUTERS Feb 03, 2021 9:35 am

The foreign ministers of the G-7 on Wednesday condemned the military coup in Myanmar, expressing their concern about the fate of detained political leaders such as Aung San Suu Kyi.

"We, the G7 Foreign Ministers of Canada, France, Germany, Italy, Japan, the United Kingdom and the United States of America and the High Representative of the European Union, are united in condemning the coup in Myanmar," they said in a statement.

"We are deeply concerned by the detention of political leaders and civil society activists, including State Counsellor Aung San Suu Kyi and President Win Myint, and targeting of the media."

The G-7 foreign ministers called on the military to end the state of emergency and allow unrestricted humanitarian access to support the most vulnerable.

"We call upon the military to immediately end the state of emergency, restore power to the democratically-elected government, to release all those unjustly detained and to respect human rights and the rule of law," the G-7 said.

"The November election results must be respected and Parliament should be convened at the earliest opportunity."