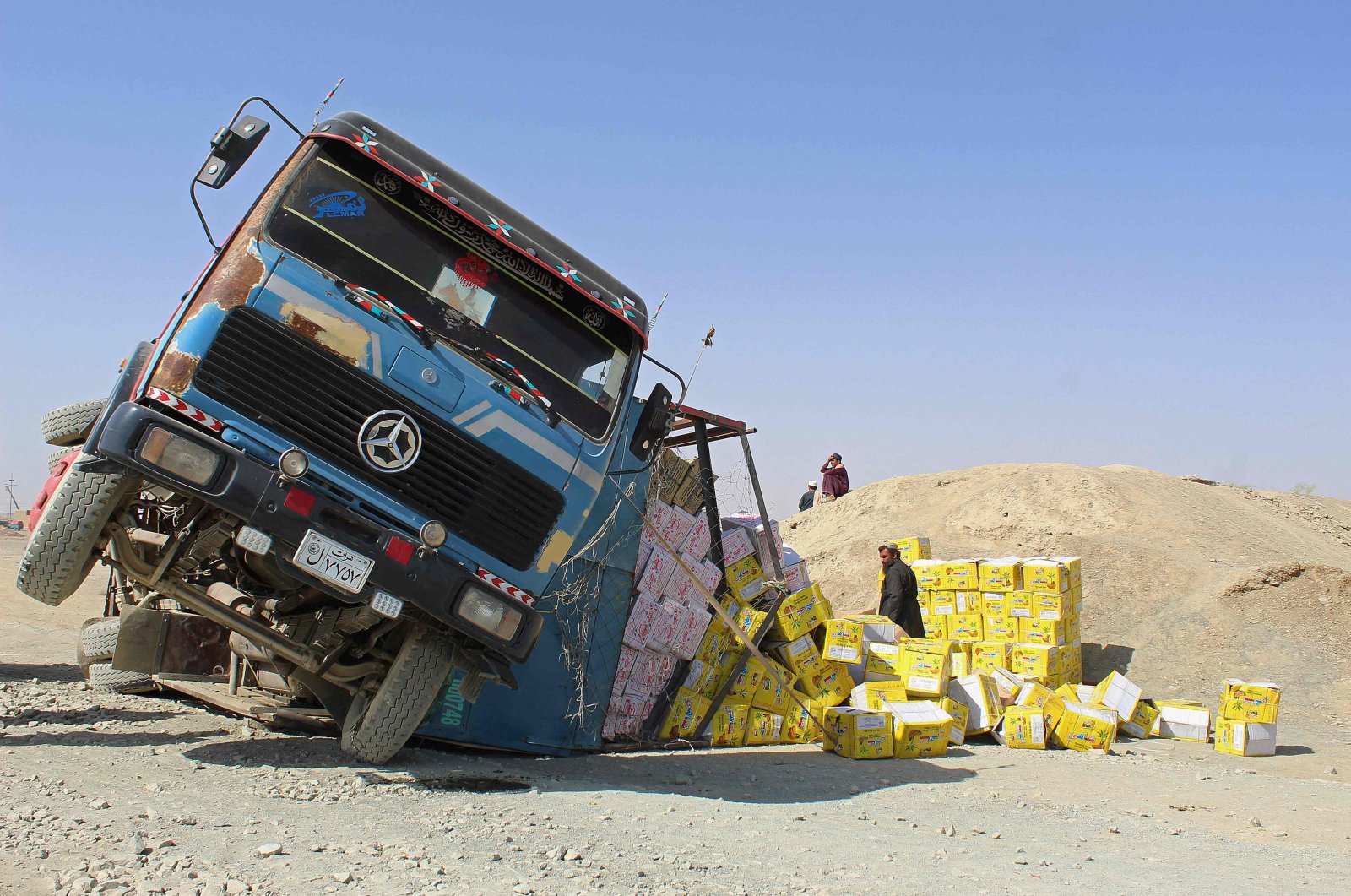 An Afghan driver stands amid boxes of dry food next to his damaged truck at the site of an accident near the Pakistan-Afghanistan border crossing point in Chaman, Pakistan, on Aug. 20, 2021. (AFP Photo)
by REUTERS Aug 24, 2021 7:35 pm
RECOMMENDED

Conflict, drought and the coronavirus pandemic all collectively could cause millions of Afghans to face starvation, the executive director of the World Food Program (WFP) said on Tuesday, calling on political leaders to act fast.

"There’s a perfect storm coming because of several years of drought, conflict, economic deterioration, compounded by COVID," David Beasley told Reuters in Doha. "The number of people marching toward starvation has spiked to now 14 million."

The WFP is warning of a human catastrophe looming in Afghanistan if the United Nations agency is not able to raise $200 million by September.

Afghanistan is facing economic collapse after foreign countries and institutions said they would withhold aid and monetary reserves after Taliban insurgents took control of the capital Kabul on Aug. 15.

Beasley said the international community is facing some tough decisions, warning it would be "hell on earth" for the people of Afghanistan if the economic situation deteriorated.

"The people of Afghanistan need aid now," he said, adding that the number of people needing the WFP's help could double if the international community "turns their back" on Afghans.

"The politics needs to be worked out as soon as possible."

Beasley said he was very worried about whether the agency would raise the $200 million needed and that it hoped Qatar, other Gulf Arab states and the United States would contribute.

Without the $200 million, he said, the WFP would start to run out of food for Afghanistan next month and that 4 million lives would be at risk if food aid could not be positioned for them before winter.

"Our number problem and concern right now is money."

Beasley also said the Taliban had provided assurances to the WFP to allow its aid to continue to reach people unimpeded.

"They have thus far been cooperative. They have allowed us independence, neutrality and impartiality," he said, adding that the Taliban were not taxing vehicles carrying aid supplies.