Unrest breaks out in Bangladesh after turmoil over Quran desecration 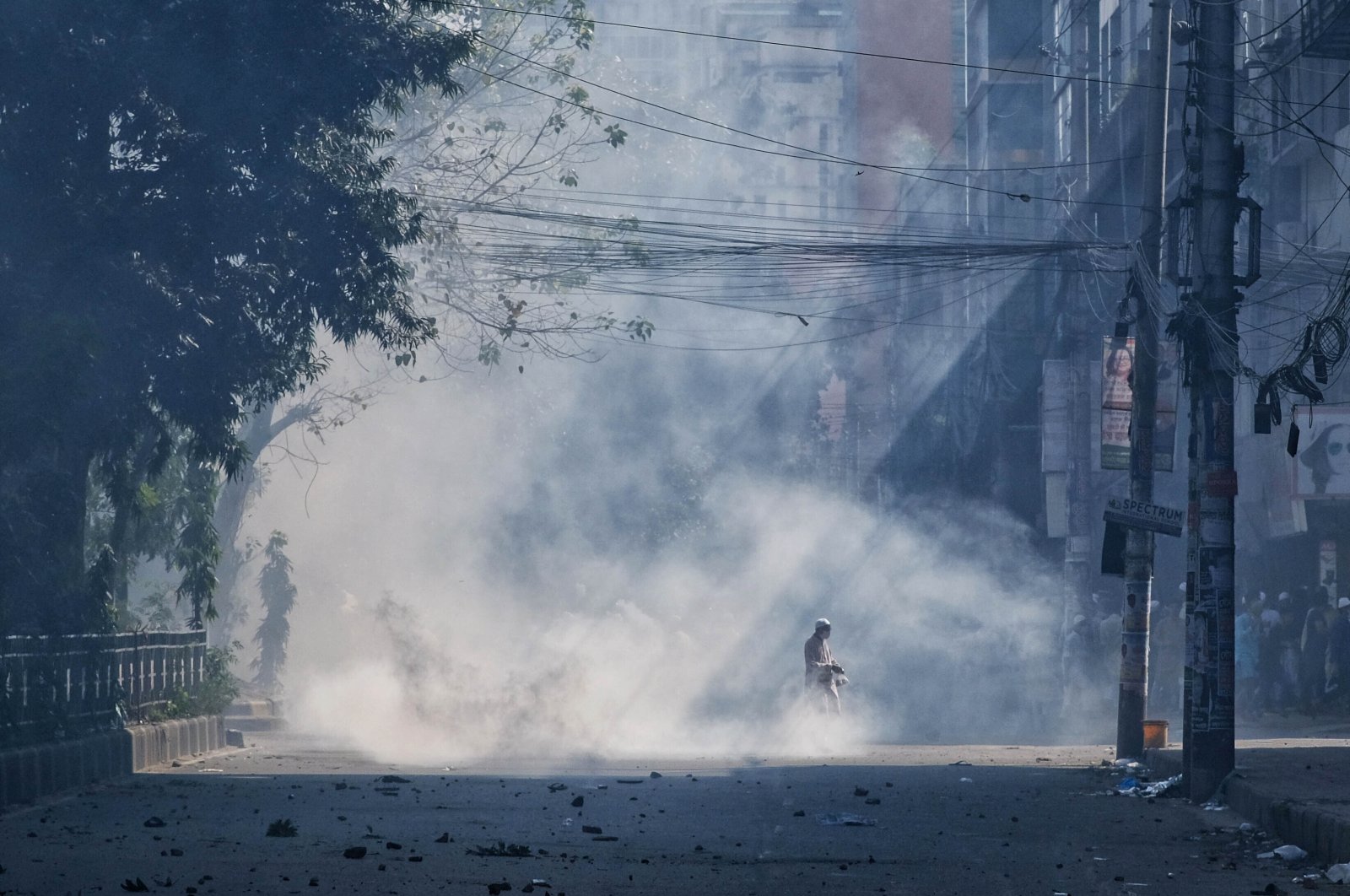 Police fired tear gas and rubber bullets at thousands of protesters in Bangladesh's two main cities Friday, in a third day of disturbances in the Muslim-majority nation, authorities said.

The protests began Wednesday after footage emerged reportedly showing the Quran, Islam's holy book, being placed on the knee of a Hindu idol during celebrations for the Hindu festival of Durga Puja.

People in different areas of the country protested the incident, storming the streets, while some unruly people attacked Hindu temples, mostly in the east-central district of Comilla.

Protesters clashed with police in the southern district of Chandpur, resulting in at least four deaths and dozens of more injuries. In order to prevent communal violence during the festival's last day, the government deployed Border Guard Bangladesh (BGB) paramilitary troops alongside law enforcement personnel.

The Durga Puja festival will end Friday with a ceremonial immersion of the Hindu Goddess Durga in rivers and water bodies across the country.

At least four people were killed late Wednesday when police opened fire on a crowd of around 500 people attacking a Hindu temple in Hajiganj, one of several towns hit by the disturbances.

Two Hindus were also killed and some 150 others were injured across the country, community leader Gobinda Chandra Pramanik told Agence France-Presse (AFP), with at least 80 makeshift temples attacked. Authorities did not confirm the toll.

On Friday some 2,500 Muslim worshippers gathered outside Baitul Mukarram Masjid, Bangladesh's largest mosque in central Dhaka, demanding "exemplary punishment" for the "desecration" of the holy book. An AFP photographer at the scene said more than 5,000 people joined the protests.

High-speed mobile phone internet services were shut down across the country in an apparent bid to prevent the spread of violence.

And amid concern over the "disturbing" violence from Hindu-majority neighbor India, Bangladesh Prime Minister Sheikh Hasina met leaders of the community Thursday and promised stern action.

"Any attempt to destroy this peaceful and harmonious environment would not be tolerated,” she warned, adding that the purported desecration of the Quran and subsequent violence is extremely unfortunate.

Bangladesh has detained at least 74 people in the east-central district of Comilla, according to police sources.

"We are on high alert today (Friday) to avert any further deterioration of the situation," Deputy Inspector General of Police in Chattogram Range Anwar Hossain told Anadolu Agency (AA) Friday.