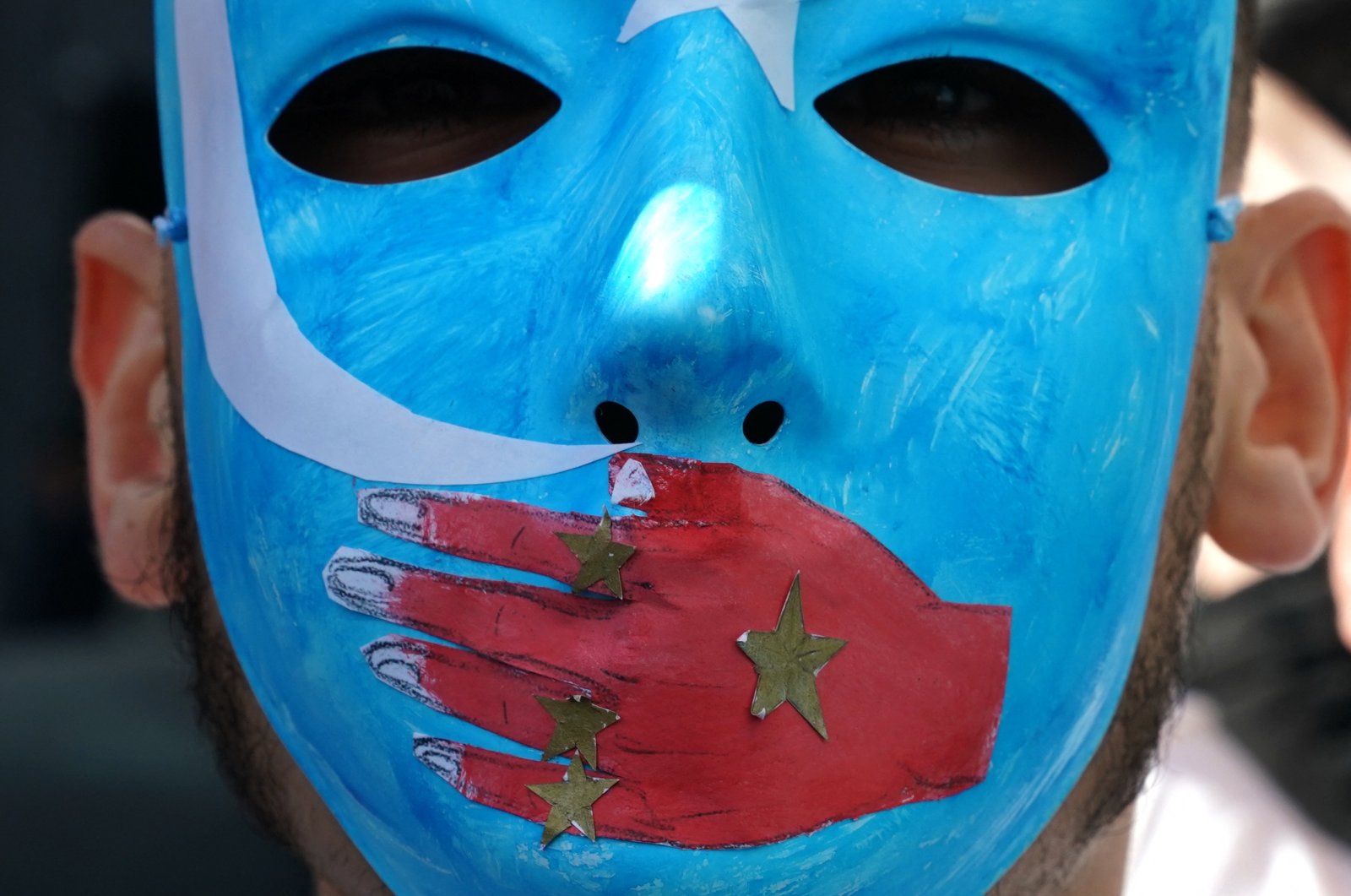 People protest at an Uyghur rally in front of the U.S. mission to the United Nations to encourage the State Department to fight for the freedom of the majority-Muslim Uyghur population, New York, U.S., Feb. 5, 2019. (AFP File Photo)
by French Press Agency - AFP Dec 16, 2021 6:12 pm
RECOMMENDED

The Commerce Department restricted sensitive exports to the Academy of Military Medical Sciences and 11 of its research institutes over its biotechnology work including "purported brain-control weaponry," a notice said.

Human rights groups have recounted unprecedented surveillance of the mostly Muslim Uyghur people in the northwestern region of Xinjiang including tracing with DNA and artificial intelligence operations to recognize and monitor faces.

The research institutes targeted by the latest U.S. actions include centers focused on blood transfusions, bioengineering and toxicology.

"The scientific pursuit of biotechnology and medical innovation can save lives. Unfortunately, the PRC is choosing to use these technologies to pursue control over its people and its repression of members of ethnic and religious minority groups," Commerce Secretary Gina Raimondo said in a statement.

"We cannot allow U.S. commodities, technologies and software that support medical science and biotechnical innovation to be diverted toward uses contrary to U.S. national security," she said.

Rights experts, witnesses and the U.S. government say that more than a million Uyghurs and other Turkic-speaking Muslims are incarcerated in camps in an effort to root out their Islamic cultural traditions and forcibly homogenize them into China's Han majority.

The United States has described the campaign as genocide and, citing the rights concerns, plans a boycott of official representation at the Beijing Winter Games next year.