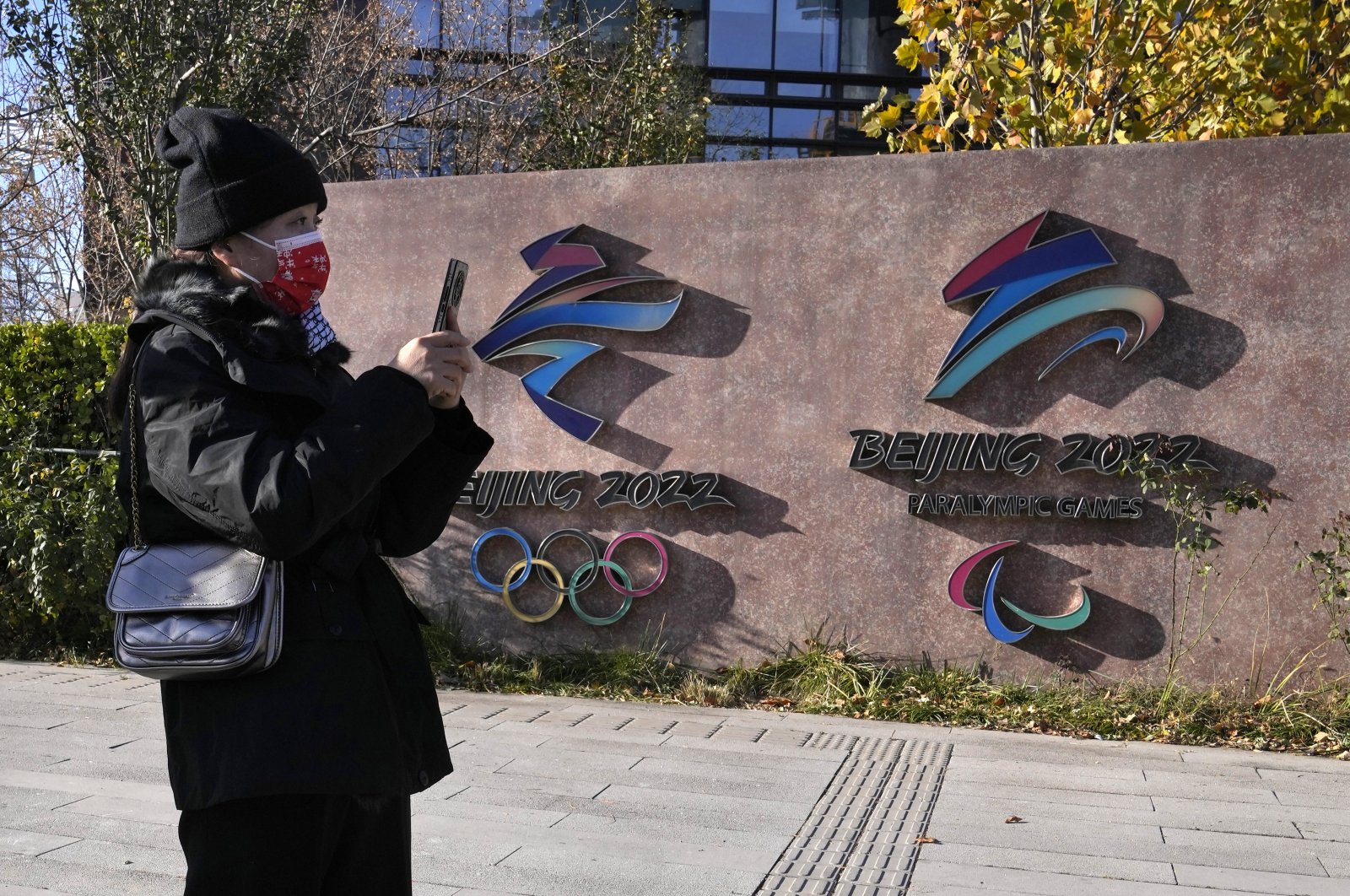 A visitor to the Shougang Park walks past the logos for the Beijing Winter Olympics and Paralympics in Beijing, China, Nov. 9, 2021. (AP Photos)
by REUTERS Dec 06, 2021 9:55 pm
RECOMMENDED

The United States government announced on Monday it will not send government officials to the 2022 Winter Olympics in Beijing in objection to China’s human rights practices, in a move that comes after Beijing pledged unspecified “countermeasures” against any such diplomatic boycott.

President Joe Biden said last month that he was considering such a diplomatic boycott amid criticism of China's human rights record, including what Washington says is genocide against minority Muslims in its western region of Xinjiang.

"The Biden administration will not send any diplomatic or official representation to the Beijing 2022 Winter Olympics and Paralympic Games given the PRC's ongoing genocide and crimes against humanity in Xinjiang and other human rights abuses," White House press secretary Jen Psaki told a daily press briefing.

"U.S. diplomatic or official representation would treat these games as business as usual in the face of the PRC's egregious human rights abuses and atrocities in Xinjiang, and we simply can't do that," Psaki said, referring to the People's Republic of China.

The diplomatic boycott, which has been encouraged by some members of the U.S. Congress for months, would not affect the attendance of American athletes, she said.

"The athletes on Team USA have our full support. We will be behind them 100% as we cheer them on from home."

Chinese foreign ministry spokesperson Zhao Lijian told a news briefing earlier in Beijing that those calling for a boycott are "grandstanding" and should stop "so as not to affect the dialogue and cooperation between China and the United States in important areas."

"If the U.S. insists in wilfully clinging to its course, China will take resolute countermeasures," he said, without elaborating.

The United States is next due to host an Olympics in 2028 in Los Angeles, raising the question of how China might respond in the interim.

Beijing says it opposes the politicization of sports, but it has punished American sports leagues in the past, including the National Basketball Association, for running afoul of its political red lines.

Chinese officials point out that they have received more than 1,500 applications from the U.S. Olympic Committee, which is responsible for submitting names of U.S. athletes to attend the Winter Games, set for February.

Nonetheless, they cite strict COVID-19 restrictions for plans to limit spectator attendance, and Chinese state media have said Beijing does not intend to invite Western politicians who have threatened a boycott.

Russian President Vladimir Putin is the only leader of a major country who has accepted China's invitation to attend.

Secretary of State Antony Blinken has said the United States has been consulting with allies and partners on a "shared approach" to the Beijing Games in light of their concerns about China's human rights record.

Stefano Sannino, chief of the European Union's diplomatic service, said on Friday after meetings with U.S. officials in Washington that it was important to keep up pressure on China over abuses in Xinjiang, but that any boycott was in the domain of individual members states, not common EU foreign policy.