US envoy to Afghanistan Khalilzad resigns after chaotic pull out 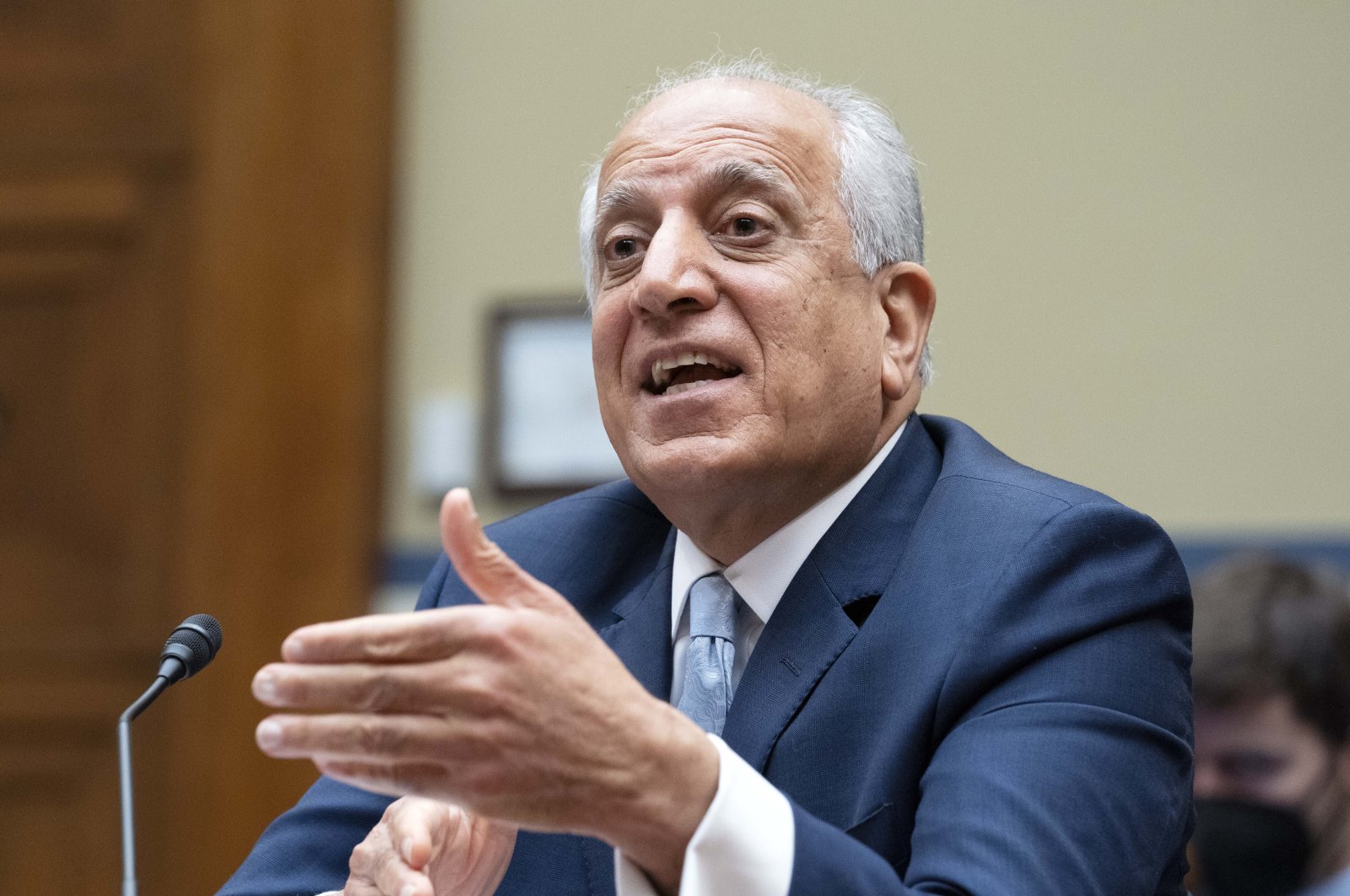 Special Representative for Afghanistan Zalmay Khalilzad speaks during a hearing on Capitol Hill in Washington, D.C., U.S., May 20, 2021. (AP Photo)
by Daily Sabah with AFP Oct 19, 2021 8:38 am
RECOMMENDED

In a letter to Secretary of State Antony Blinken, Khalilzad defended his record but acknowledged that he came up short and said he wanted to step aside during the "new phase of our Afghanistan policy."

"The political arrangement between the Afghan government and the Taliban did not go forward as envisaged," he was quoted by Agence France-Presse (AFP). "The reasons for this are too complex and I will share my thoughts in the coming day and weeks," it said.

Born in Afghanistan, the dapper 70-year-old academic turned U.S. diplomat took senior positions as part of the inner circle of former President George W. Bush, becoming the U.S. ambassador to Kabul and then Baghdad and the United Nations. As former American leader Donald Trump itched to end the U.S.' longest war in Afghanistan, he brought back Khalilzad, who led exhaustive talks with the Taliban – without including the U.S.-backed government in Kabul.

Those talks led to a February 2020 agreement in which U.S. troops would leave the following year. But peace negotiations between the Taliban and the leadership in Kabul failed to gain traction, and the government that the U.S. built over 20 years crumbled within days as U.S. troops left.

Steeped in Afghanistan's language and customs, Khalilzad was a rare U.S. diplomat able to develop a cordial rapport with Taliban leaders whose regime was toppled by the U.S. after the Sept. 11, 2001 attacks over its welcome to al-Qaida.

Khalilzad, despite his Republican affiliation, was kept in place when Democratic President Joe Biden defeated Trump and decided to go ahead with the withdrawal. Khalilzad soon became a lightning rod for criticism, with even his superiors in the Biden administration – while voicing respect for him personally – faulting the diplomacy behind the 2020 agreement.

Blinken said that Khalilzad's deputy, Thomas West, would take over as the special envoy.

West is a longtime aide to Biden, serving on his staff when he was vice president. West has worked for years on South Asia policy including on the U.S.-India civilian nuclear deal. Shortly before Khalilzad's resignation became public, the State Department said the U.S. would not be able to attend a new session called Tuesday by Russia that also includes China and Pakistan, historically the Taliban's primary backer.

After Trump ended U.S. opposition to speaking to the Taliban, Khalilzad engineered the release from a Pakistani jail of the group's co-founder Mullah Abdul Ghani Baradar, seen as a figure who could deliver on promises, and spent months with the largely rural rebels in a luxury hotel in the Qatari capital Doha. But pictures of him smiling with the Taliban earned him heated criticism in Kabul where some in the now-fallen government as well as newly Western-oriented elite berated him and accused him of selling out Afghanistan.

In interviews last month, Khalilzad said that he had reached a deal with the Taliban in which the insurgents would stay out of Kabul and negotiate a political transition. But Khalilzad said the deal collapsed when president Ashraf Ghani fled the country on Aug. 15 and the Taliban saw a security vacuum.

Speaking to Foreign Policy, Khalilzad said that the Taliban fulfilled key parts of the February 2020 agreement including not attacking the departing U.S. troops.

"I respect those who say we shouldn't have negotiated with the Talibs without the government being there. But we don't know how much more fighting would have taken for the Talibs to agree to that," he said. But with no appetite in the U.S. for another surge of troops in its longest war he said: "Each year we were losing ground to the Talibs. Time was not on our side."

Husain Haqqani, a former Pakistani ambassador to Washington who is now a senior fellow at the Hudson Institute, said that Khalilzad failed in that he "equated U.S. withdrawal with peace."

"Khalilzad handed the keys of Kabul to the Taliban in return for promises everyone knew the Taliban would not keep," Haqqani said.

U.S. officials, who spoke on condition of anonymity, said the veteran U.S. diplomat had given up pressure on the armed group, had consistently undermined the Afghan government and had no interest in listening to different points of view in the U.S. government.

Meanwhile, the new Taliban government said on Tuesday it hoped to build on the "good progress" made in talks with Khalilzad and was optimistic about moving forward with his successor Tom.

"We are optimistic about moving forward with the new representative Mr Tom West & full implementation of Doha Agreement will normalize relations between both governments," the Taliban's Foreign Ministry spokesperson Abdul Qahar Balkhi said on Twitter.