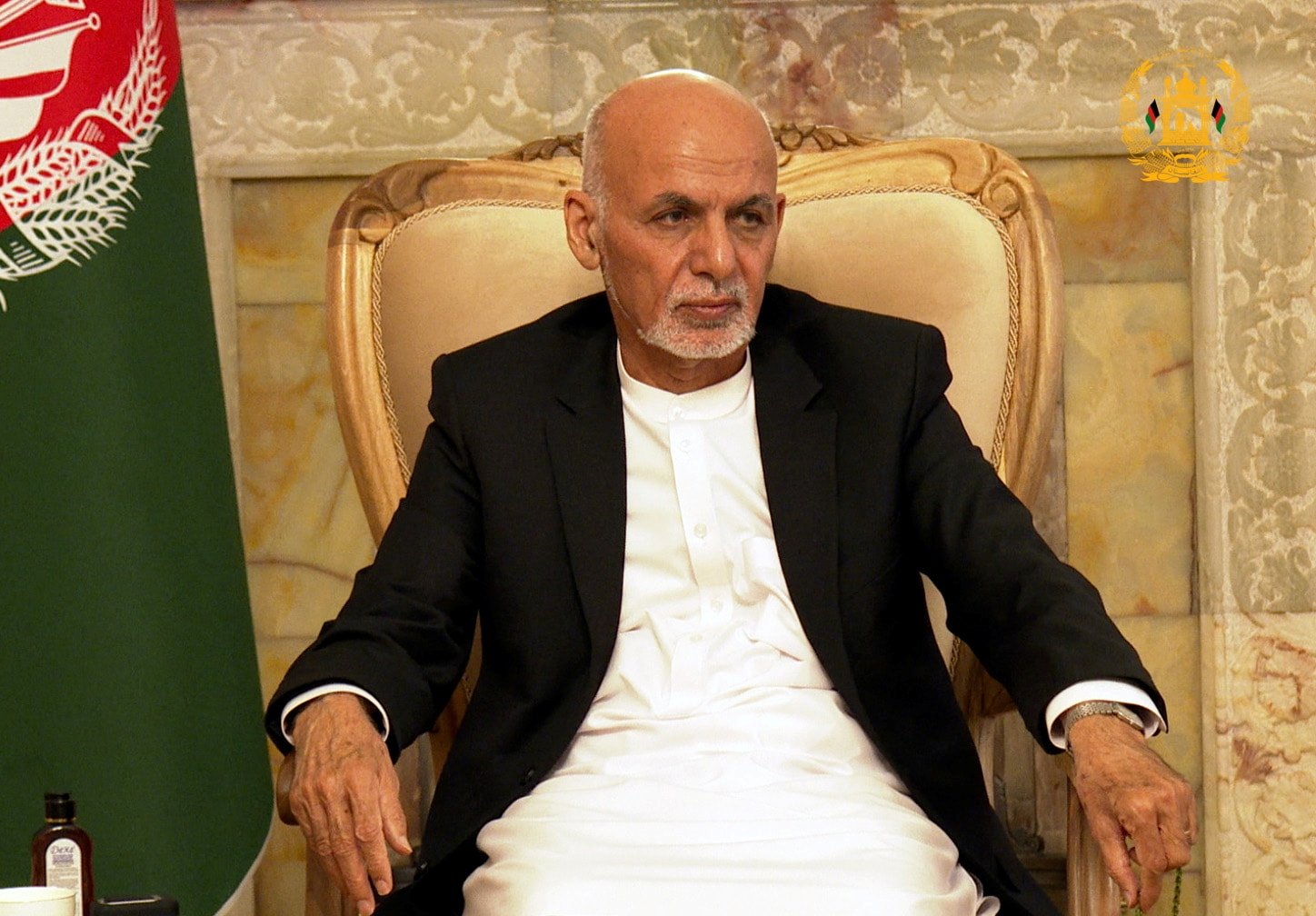 Afghanistan’s embattled President Ashraf Ghani fled the country Sunday as the Taliban moved further into Kabul, officials said. His countrymen and foreigners alike raced for the nearest exit, signaling the end of a 20-year Western experiment aimed at remaking Afghanistan.

Ghani flew out of the country, two officials told The Associated Press (AP), speaking on condition of anonymity as they weren’t authorized to brief journalists. Abdullah Abdullah, the head of the Afghan High Council for National Reconciliation (HCNR), later confirmed in an online video that Ghani had left.

"He left Afghanistan in a hard time, God hold him accountable,” Abdullah said.

"They tied our hands behind our backs and sold the homeland, damn the rich man and his gang," Defense minister Gen. Bismillah Mohammadi wrote on Twitter after news about Ghani's escape broke out.

The Taliban, which for hours had been on the outskirts of Kabul, announced soon after that they would move further into a city gripped by panic throughout the day as helicopters raced overhead to evacuate personnel from the U.S. Embassy. Smoke rose near the compound as staff destroyed important documents. Several other Western missions also prepared to pull their people out.

Civilians, fearing that the Taliban could reimpose the kind of brutal rule that all but eliminated women’s rights, rushed to leave the country, lining up at cash machines to withdraw their life savings.

The desperately poor – who had left homes in the countryside for the hoped-for safety in the capital - remained in their thousands in parks and open spaces throughout the city.

In a stunning rout, the Taliban seized nearly all of Afghanistan in just over a week, despite the billions of dollars spent by the U.S. and NATO over nearly two decades to build up Afghan security forces.

Just days earlier, an American military assessment estimated it would be a month before the capital would come under insurgent pressure. Instead, the Taliban swiftly defeated, co-opted or sent Afghan security forces fleeing from wide swaths of the country, even though they had some air support from the U.S. military.

The Taliban said Sunday that police and officials have fled Kabul, presenting a law and order issue. The group ordered the fighters to enter the capital to prevent looting.

Meanwhile, NATO will maintain its diplomatic presence in Kabul and help to keep the city's airport running, the alliance's official told Reuters on Sunday as Taliban insurgents entered the Afghan capital.

"NATO is constantly assessing developments in Afghanistan," the official said, adding the security of the alliance's personnel was paramount and NATO would continue to adjust as necessary. The official did not respond to questions on whether NATO planned to hold a crisis meeting to discuss the situation in Afghanistan.