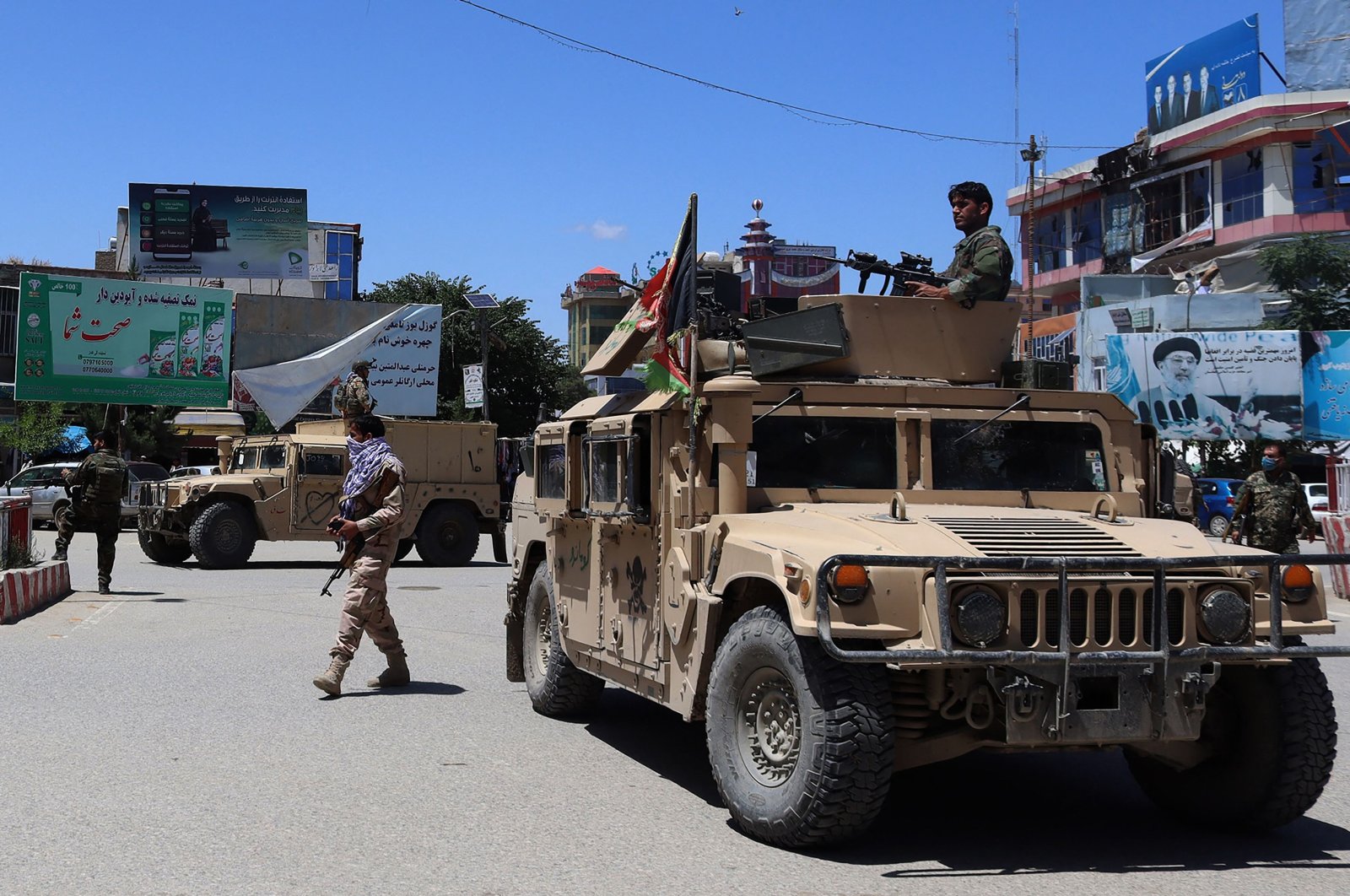 The United States has evacuated the first group of Afghan interpreters, who have spent months pleading with the foreign states they work for to help them acquire visas, enabling them to flee the war-torn country amid fears over Taliban reprisal, according to multiple news reports.

Afghans who worked with the U.S.-led NATO forces have held several demonstrations in the past months, claiming that their lives were in danger due to the withdrawal of foreign troops, including the U.S. military who are scheduled to depart by the end of August, nearly 20 years after they first arrived.

In a news conference in Kuwait on Thursday, U.S. Secretary of State Antony Blinken said the Afghans would be arriving in the U.S. “very, very soon” and that Washington was "committed to helping" and "actively engaged" in planning for the relocation of translators who worked for U.S. forces.

“(The) U.S. is committed to helping those who helped us during hard times in Afghanistan over the last 20 years – translators and interpreters,” Blinken said during a news conference with his Kuwaiti counterpart. “We’re actively engaged in that process (of) relocation planning.”

According to an internal U.S. government document and a commercial flight tracking service, the first flight evacuating Afghan interpreters and others who worked alongside Americans in Afghanistan landed early Friday at Washington Dulles International Airport.

An airliner carrying the 221 Afghans, including 57 children and 15 babies, according to the internal document obtained by The Associated Press (AP), touched down at Washington Dulles International Airport in the early morning hours, according to tracking of the flight by FlightAware. Subsequent flights are due to bring more of the roughly 700 applicants who are farthest along in the process of getting visas, having already won approval and cleared security screening.

In what the White House has dubbed Operation Allies Refuge, the interpreters and their families are likely to be taken first to U.S. overseas military bases before resettlement in the United States or elsewhere. Washington is still seeking third countries to host some of those evacuated while their cases, including detailed security checks, are finalized.

President Biden Biden called the flight "an important milestone as we continue to fulfill our promise to the thousands of Afghans nationals who served shoulder-to-shoulder with American troops and diplomats over the last 20 years in Afghanistan.” He said he wanted to honor the military veterans, diplomats and others in the U.S. who have advocated for the Afghans.

"Most of all,” Biden said in a statement, "I want to thank these brave Afghans for standing with the United States, and today, I am proud to say to them: ‘Welcome home.'"

Russ Travers, senior deputy homeland security adviser at the National Security Council, told reporters on Thursday as the Afghan families were en route that the flight "represents the fulfillment of the U.S. commitment and honors these Afghans’ brave service in helping support our mission in Afghanistan” and "in turn, helping to keep our country safe.”

Around 20,000 Afghans who worked as interpreters for the United States during its war in the country have applied for evacuation under the State Department program of Special Immigrant Visas (SIVs). Some estimates suggest the total number of prospective evacuees could be as high as 100,000 when family members are counted. Many of them fear retaliation from the Taliban, who are seeking to regain control of the government in Kabul. The newly arrived Afghan people will join 70,000 others who have resettled in the United States since 2008 under the special visa program.

The Taliban have pressed a sweeping offensive across Afghanistan in recent months, capitalizing on the last stages of the U.S. troop withdrawal. Their offensive has raised fears of a potential humanitarian crisis.

The insurgents have publicly stated that translators who worked with coalition forces have nothing to fear as the U.S. and its allies complete their withdrawal. But some of those who worked alongside the foreign forces have questioned the Taliban's sincerity.

The United Nations recently estimated half of Afghanistan's 39 million people are in need of aid and called on the international community to help.