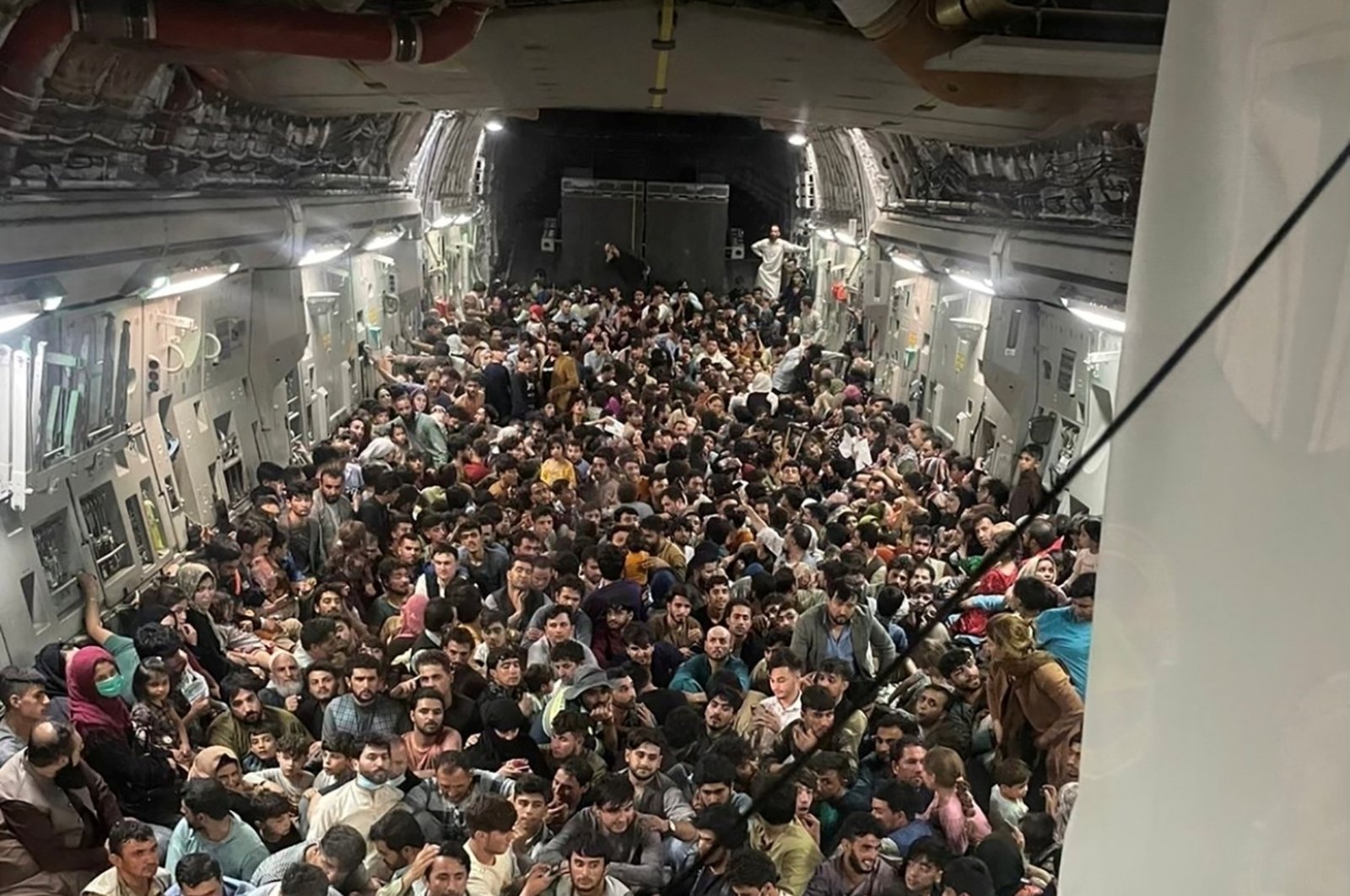 A picture may be worth a thousand words, and in some cases perhaps nearly a thousand individual stories. The U.S. military transport aircraft shown in a now-iconic photograph jam-packed with Afghans fleeing the country's Taliban takeover held a record 823 passengers, the Pentagon said Friday.

The count was made based on the number of seats filled on the buses delivering the passengers to the C-17 and left out all the children seated on laps, it said on Twitter.

Ultimately, the aircraft, which was headed to Qatar, "safely transported 823 Afghan citizens from Hamid Karzai International Airport Aug. 15, 2021. This is a record for this aircraft," it said.

The command did not say how many crew were on the flight.

According to the publication Defense One, the pressure of Afghans trying to leave on Sunday forced the crew to make the call on departing, even though the passengers were not manifested.

"We have women and children and people's lives at stake, it's not about capacity or rules and regulations – it's about the training and the directives that we were able to handle to make sure we could safely and effectively get that many people out," Lieutenant Colonel Eric Kut, who was mission commander for the flight, told the journal.

The transports are usually used for heavy equipment or a few hundred troops carrying large packs of their own weapons and belongings.