US offers Vietnam support to counter China at sea 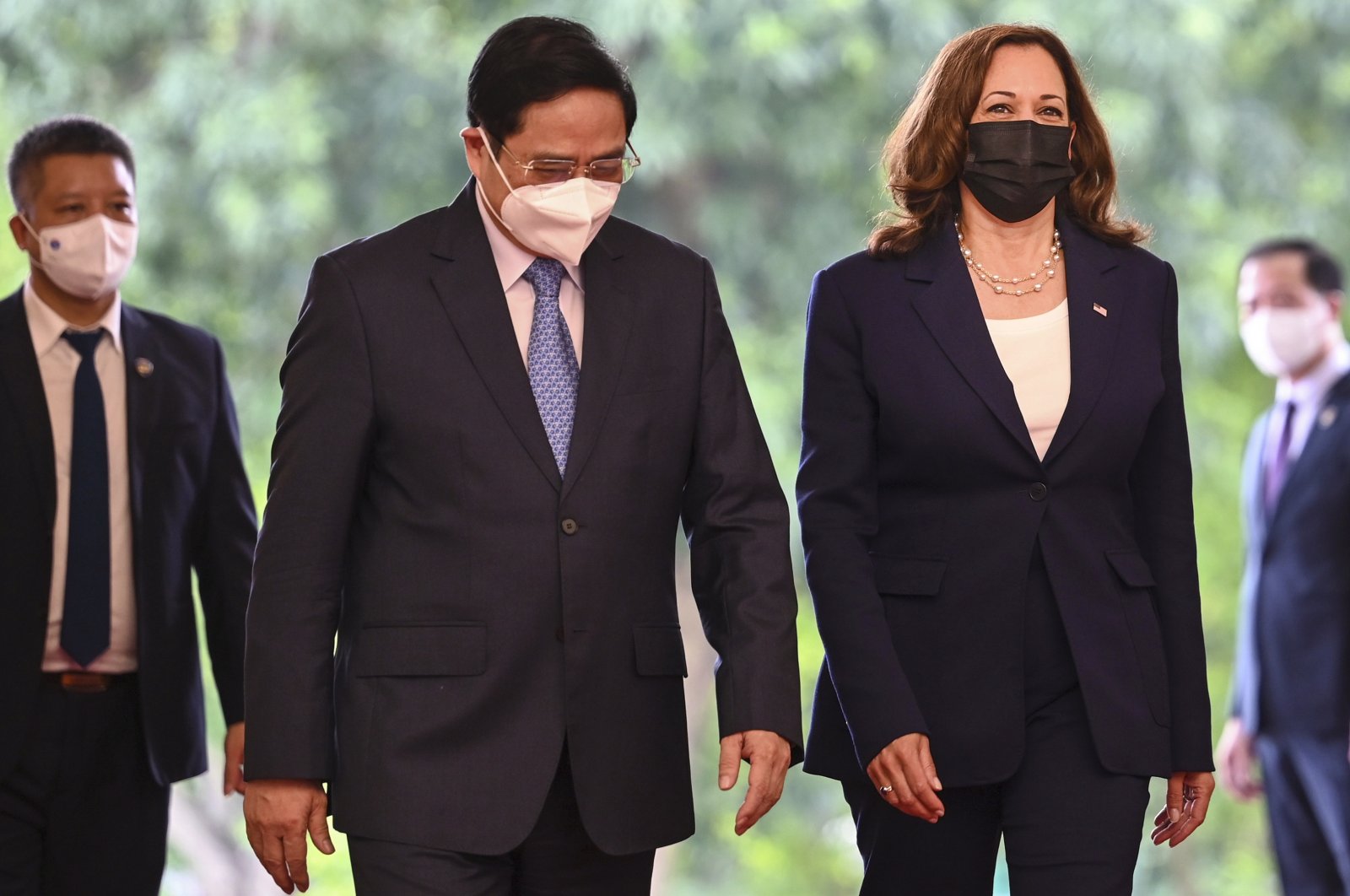 During a trip to Vietnam Wednesday, U.S. Vice President Kamala Harris met with top leaders of the country to offer support in key areas, among them the enhancement of its maritime security in an effort to counter Beijing's increasing assertiveness in the South China Sea.

Harris also offered more visits by U.S. warships during her talks with Vietnam's President Nguyen Xuan Phuc, Vice President Vo Thi Anh Xuan and Prime Minister Pham Minh Chinh, according to a White House official who did not wish to be named.

Harris's seven-day trip to Singapore and Vietnam is part of a broader U.S. strategy to woo allies that Washington hopes will help it challenge China's growing security and economic influence in the region.

During the talks, Harris offered Vietnam vaccines and aid to tackle COVID-19 and announced the launch of several programs to help combat climate change, said the White House official.

Speaking in Hanoi, Harris said there was a need to increase pressure on Beijing over its maritime claims.

"We need to find ways to pressure, raise the pressure ... on Beijing to abide by the United Nations Convention on the Law of the Sea, and to challenge, its bullying and excessive maritime claims," said Harris during a meeting with the Vietnamese president.

It was the second time in two days Harris has attacked Beijing.

On Tuesday in Singapore, Harris accused Beijing of coercion and intimidation to back unlawful claims in parts of the disputed South China Sea. China rejected her comments, charging Washington with trying to drive a wedge between Beijing and its Southeast Asian neighbors.

China has established military outposts on artificial islands in the South China Sea, which is crossed by vital shipping lanes and contain gas fields and rich fishing grounds.

China, Vietnam, Brunei, Malaysia, the Philippines and Taiwan lay claim to parts of the waters.

Over the last few years, tensions between China and Vietnam in the South China Sea have remained high and Vietnam has quietly endorsed the U.S. Indo-Pacific strategy because it takes a hard line against China in the disputed waters.

However, with U.S.-China competition throughout the Indo-Pacific dramatically heating up, the Southeast Asian nation has attempted to strike a delicate balancing act.

Harris' arrival in Hanoi was delayed on Tuesday after the U.S. Embassy in Vietnam said it had detected an "anomalous health incident," potentially related to the mysterious Havana Syndrome.

During the delay, Vietnam's Prime Minister Pham Minh Chinh and China's ambassador to Vietnam held a previously unannounced meeting, during which Chinh said Vietnam does not take sides in foreign policy. The Chinese ambassador told Chinh Beijing would donate 2 million doses of a COVID-19 vaccine to Vietnam.

Senior White House officials have said Harris will strike a balance during her meetings in the region by offering to counter China's influence while not forcing the nations to take sides between the two powers.

The U.S. vice president announced support for Vietnam's response to COVID-19 with the donation of an additional 1 million doses of Pfizer-BioNTech vaccines, bringing the total donation to the country to 6 million doses, and an additional $23 million to support its efforts to fight the pandemic.

After successfully containing the pandemic for much of last year, Vietnam has since April been dealing with a large outbreak of the delta variant of the virus in Ho Chi Minh City. Vietnam has one of the lowest vaccination rates in Asia, with just under 2% of its 98 million people fully vaccinated against COVID-19.

Also contingent on approval from the U.S. Congress, she offered the deployment of a third U.S. Coast Guard high-endurance cutter – a fleet of 24 patrol boats, base facilities, piers, law enforcement training and other joint activities that helps Vietnam bolster its maritime security, the official said.

The U.S. also launched a five-year, $36 million United States Agency for International Development (USAID) project, which aims to accelerate Vietnam's transition to clean energy and announced lower tariffs on U.S. exports of corn, wheat and pork products to Vietnam to reduce the trade deficit with the country.

Harris is also expected to sign a lease for a new U.S. Embassy compound in Hanoi in an effort to expand the relationship between the two countries, the official said.