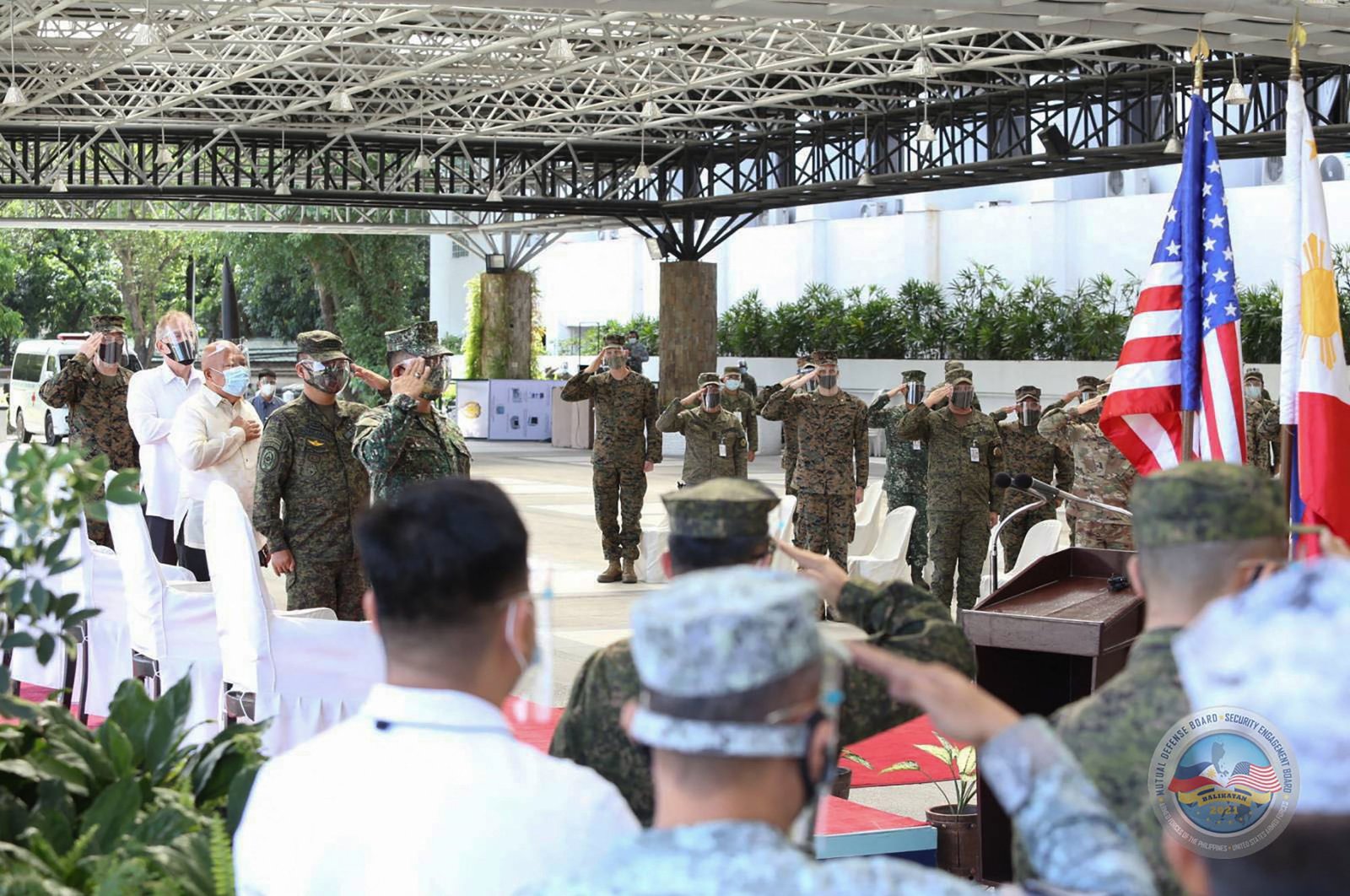 U.S. and Philippine soldiers salute in front of their national flags during the opening ceremony of the annual joint military exercise at the main military base in Manila, Philippines, April 12, 2021. (Armed Forces of Philippines via AFP)
by Reuters Apr 12, 2021 4:01 pm
RECOMMENDED

The countries are proceeding with the exercises, which were postponed last year due to the global COVID-19 pandemic, after Manila recently accused China of territorial incursions by hundreds of its vessels manned by militias in the South China Sea. Chinese diplomats, however, have said the boats were just sheltering from rough seas and no militia were aboard.

Philippine military officials said the "Balikatan" – shoulder-to-shoulder – war games that end on April 23 will involve drills in tabletop and simulation form rather than field training. Social distancing protocols significantly cut the number of troops participating to nearly 1,000 from close to 8,000 in previous years.

All ground exercises were cancelled except for live-fire exercises which do not entail face-to-face engagement, Major General Edgard Arevalo, the exercise director, said in a speech.

In a speech read by his undersecretary, Philippine Defence Secretary Delfin Lorenzana said the joint drills would "strengthen our capabilities in addressing traditional and non-traditional security challenges amidst the increasingly complex situation in the region."

Lorenzana and his U.S. counterpart Lloyd Austin held a phone call Sunday to discuss the exercises, the situation in the South China Sea and recent regional security developments.

The defence chiefs also reiterated the importance of the Visiting Forces Agreement (VFA) between the two countries, which provides the legal framework under which U.S. troops can operate on a rotational basis in the Philippines.

Philippine President Rorigo Duterte has said the U.S. should pay more if it wants to maintain the VFA, which he unilaterally cancelled last year in an angry response to an ally being denied a U.S. visa.

The withdrawal period has been extended twice, however, to create what Philippine officials say is a window for better terms to be agreed.