US troops in Taiwan to train soldiers, president confirms 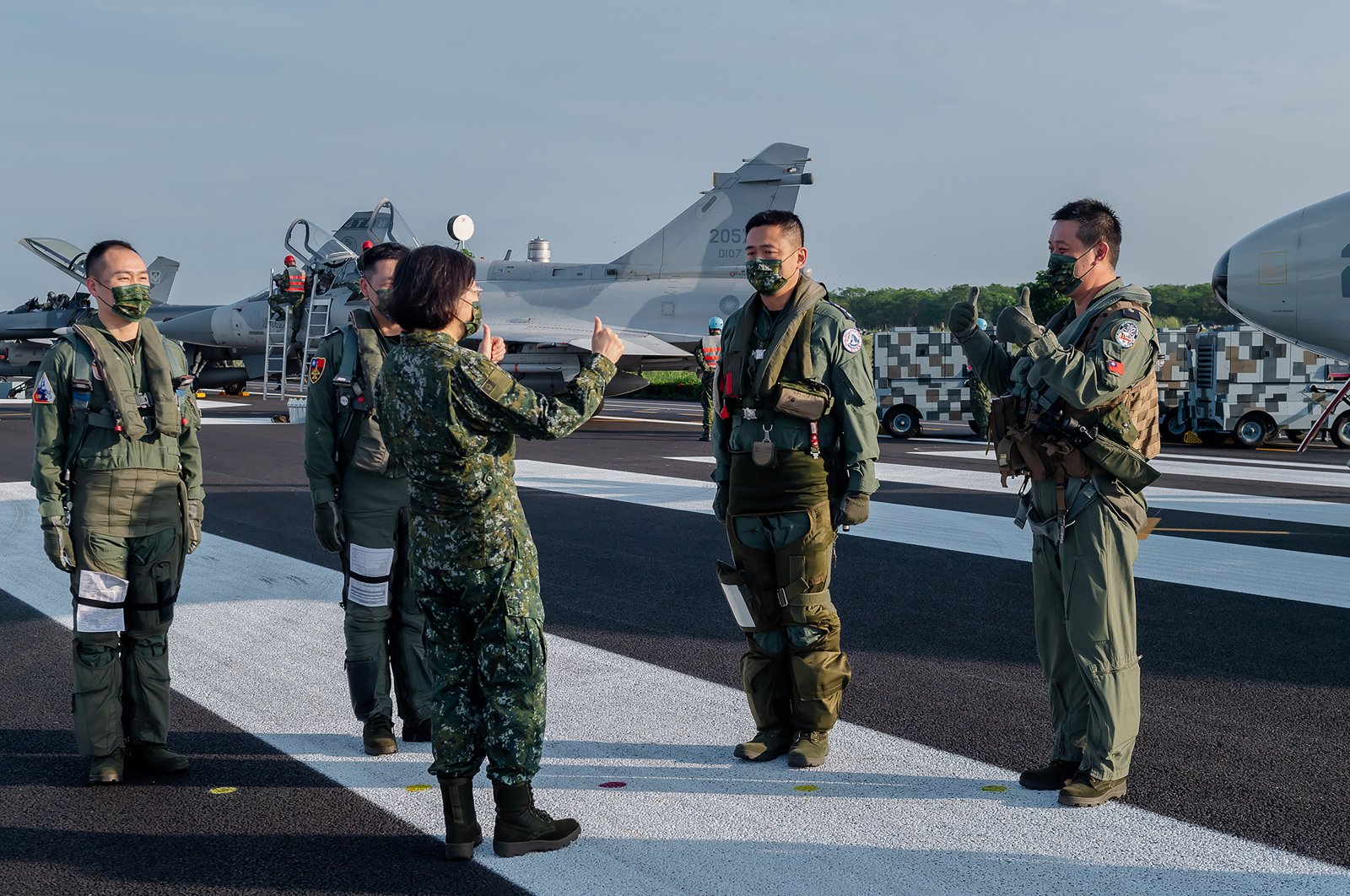 Taiwan's President Tsai Ing-wen said during an interview with CNN, that a small number of U.S. forces are on the island to train with Taiwanese soldiers, confirming the presence of U.S. troops on the self-governing island that China considers its own.

Tensions between Taiwan and China, which has not ruled out taking the island by force, have escalated in recent weeks as Beijing raises military and political pressure.

"We have a wide range of cooperation with the U.S. aiming at increasing our defense capability," Tsai told CNN in the interview aired on Thursday.

Asked how many U.S. service members are deployed in Taiwan, she said only that it was "not as many as people thought."

While several Taiwan and international media outlets including Reuters have previously reported such training with U.S. troops, official confirmation could further aggravate U.S.-China relations at a time when Beijing is carrying out muscular military exercises near Taiwan.

Asked about Tsai's comment, Taiwan Defense Minister Chiu Kuo-cheng told reporters Taiwan-U.S. military interactions were "quite a lot and quite frequent" and had been going on for a long time.

"During these exchanges, any topic can be discussed," he said.

However, he added that Tsai did not say that U.S. forces are permanently based, or garrisoned, in Taiwan, in response to lawmaker questions that if they were then this could be a pretext for China to attack the island.

"There is no connection between personnel exchanges and the stationing of troops," Chiu said.

The United States withdrew its permanently based forces in Taiwan when it severed diplomatic ties with Taipei in favor of Beijing in 1979.

Taiwan does though send its F-16 pilots to be trained in the United States, at Luke Air Force Base in Arizona.

The United States, like most countries, has no formal diplomatic ties with Taiwan but is its most important international ally and main arms supplier.

Tsai has said Taiwan is an independent country and repeatedly vowed to defend its democracy and freedom.

Asked about reports on the U.S. troops in Taiwan, the Chinese foreign ministry said earlier this month that the United States should cease military ties and arms sales to Taiwan to avoid damaging bilateral relations.