US, UK warn citizens to avoid hotels in Afghanistan amid Daesh threat 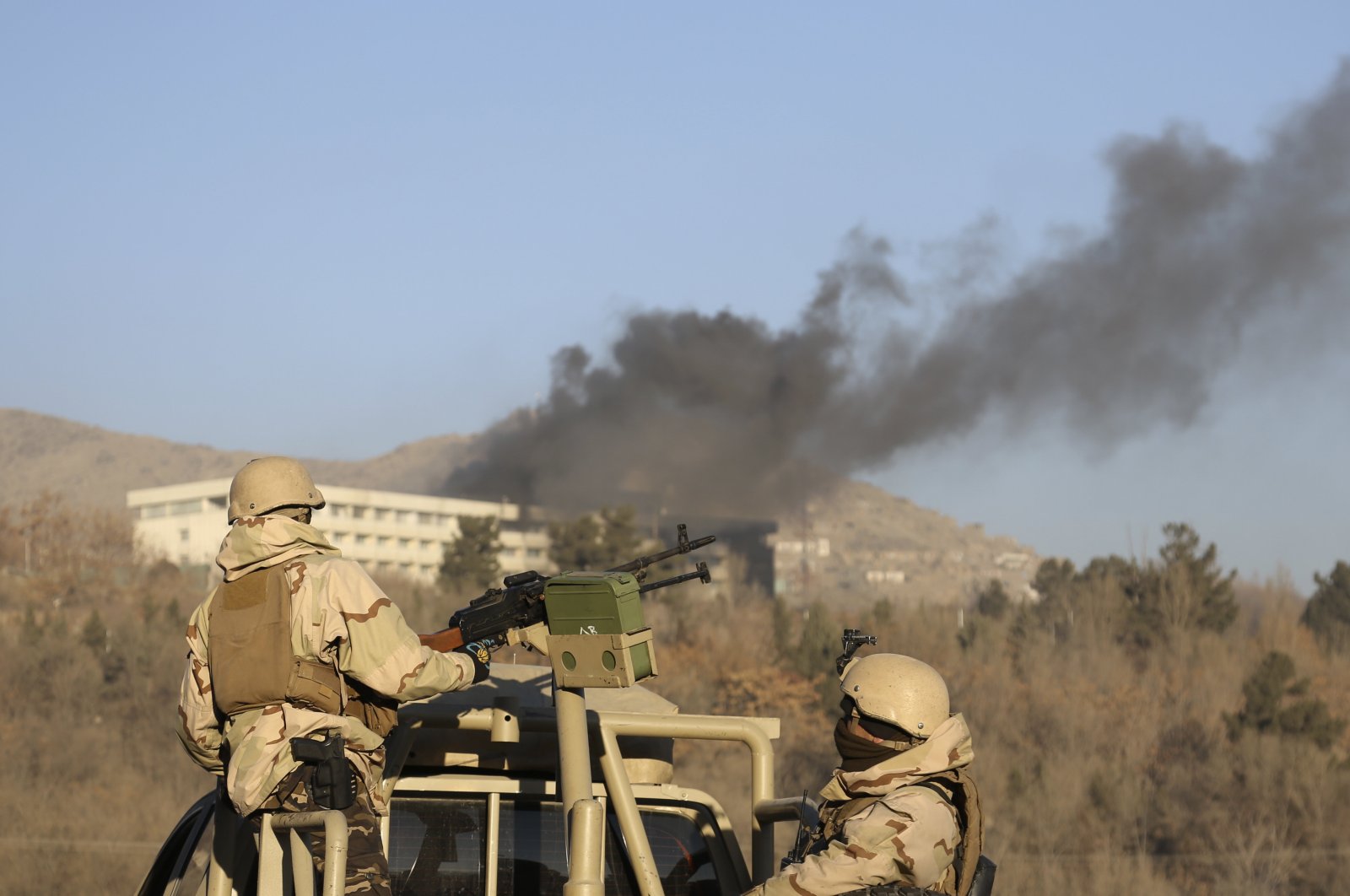 The United States and Britain warned their citizens on Monday to avoid hotels in Afghanistan, days after dozens were killed at a mosque in an attack claimed by the Daesh terrorist group.

The Taliban, who seized power in August, are seeking international recognition and assistance to avoid a humanitarian disaster and ease Afghanistan's economic crisis.

But, as the hardline group transitions from a rebel army to a governing power, they are struggling to contain the threat from the Afghanistan chapter of the Daesh terrorist group.

"U.S. citizens who are at or near the Serena Hotel should leave immediately," the U.S. State Department said, citing "security threats" in the area. "In light of the increased risks you are advised not to stay in hotels, particularly in Kabul (such as the Serena Hotel)," Britain's Foreign, Commonwealth and Development Office added.

Since the Taliban takeover, many foreigners have left Afghanistan, but some journalists and aid workers remain in the capital.

The well-known Serena, a luxury hotel popular with business travelers and foreign guests, has twice been the target of attacks by the Taliban.

In 2014, just weeks before the presidential election, four teenage gunmen with pistols hidden in their socks managed to penetrate several layers of security, killing nine people, including an Agence France-Presse (AFP) journalist and members of his family. In 2008, a suicide bombing left six dead.

In August, during a chaotic evacuation of foreign nationals and at-risk Afghans, NATO countries issued a chorus of warnings about an imminent threat, telling people to stay away from Kabul Hamid Karzai International Airport.

Hours later, a suicide bomber detonated in a crowd gathered around one of the airport gates, killing scores of civilians and 13 American troops.

The attack was claimed by Daesh which has since targeted several Taliban guards, and claimed a devastating bomb attack in Kunduz city on Friday that ripped through a mosque during Friday prayers – the bloodiest assault since U.S. forces left the country in August.

In recent years, the Daesh-affiliated chapter has been responsible for some of the deadliest attacks in those countries – massacring civilians at mosques, shrines, public squares and even hospitals.

The terror threat has partly overshadowed Taliban efforts to improve their international standing.

Over the weekend, senior Taliban and U.S. delegations held their first face-to-face talks in the Qatar capital Doha since the U.S. withdrawal.

The talks "focused on security and terrorism concerns and safe passage for U.S. citizens, other foreign nationals and our Afghan partners," according to State Department spokesperson Ned Price.

"Human rights, including the meaningful participation of women and girls in all aspects of Afghan society," were also raised, Price said in a statement.

According to the State Department, the discussions were "candid and professional" and U.S. officials reiterated that "the Taliban will be judged on its actions, not only its words."

The Taliban said the United States had agreed to send aid to Afghanistan, though the U.S. said the issue had only been discussed, and that any assistance would go to the Afghan people and not the Taliban government.

"U.S. representatives stated that they will give humanitarian assistance to Afghans and will provide facilities for other humanitarian organizations to deliver aid," the Taliban's Foreign Ministry said, warning that the aid should not be linked to political issues.