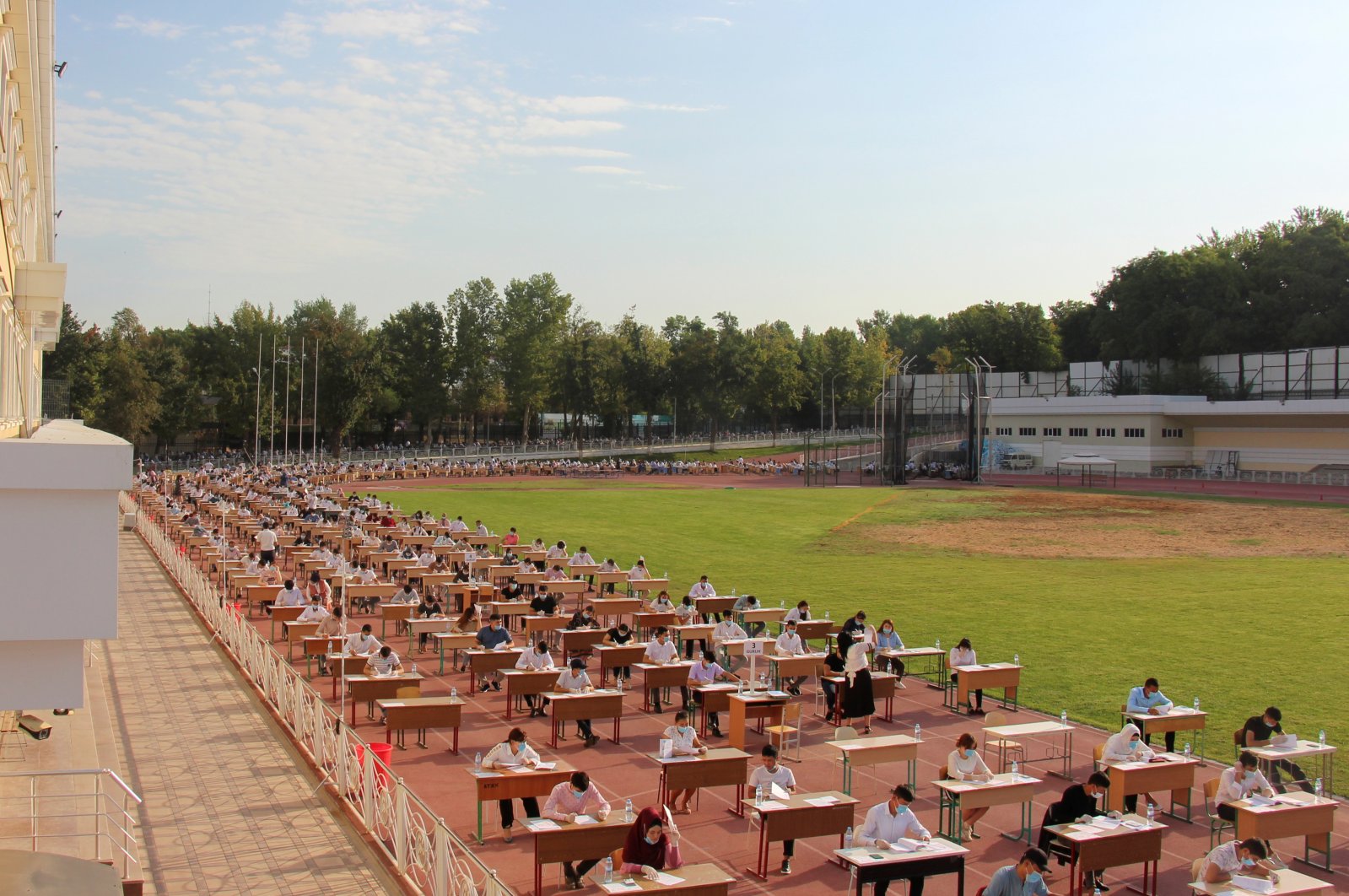 More than 100,000 students in Uzbekistan took university entrance exams under blue skies Wednesday, as the coronavirus pandemic clouded the beginning of the academic year with uncertainty.

The massive exercise, which will span two weeks, will see more than 1.4 million applicants take a three-hour test while seated at desks on the running tracks of stadiums and in other open areas.

They are competing for 150,000 university places under a centralized admissions system.

Hundreds of masked youngsters attended the first session at one of the stadiums in Tashkent Wednesday morning. Students took tests in the botanical gardens, a park and a football stadium, with police securing the locations.

The weather was comfortably warm for those seated in the shade while other test-takers used clothes and papers to protect themselves from direct sunlight.

Elvira Urayeva, the director of the state test center, said the students would learn the results of their exams the following day.

"The tables are spaced 2 meters apart; we are observing all the sanitary norms," Urayeva told Agence France-Presse (AFP) as she watched over 2,500 students taking their seats in the stadium home to FC Pakhtakor.

The Central Asian nation of 34 million has just ended its second national lockdown after a mid-summer surge in cases stretched its health care system to the limit.

Uzbekistan said this week that courses at local universities would commence online rather than in person and schools would reopen Sept. 14, two weeks later than usual, with lessons reverting to distance learning depending on local circumstances.

The government said Wednesday that cafes, restaurants and tea houses would reopen from Sept. 5 with some restrictions, as well as cinemas, theaters and theme parks.

Mosques and other places of worship will be allowed to hold collective prayers from that date. Uzbekistan will also reopen its border with neighboring Kyrgyzstan.