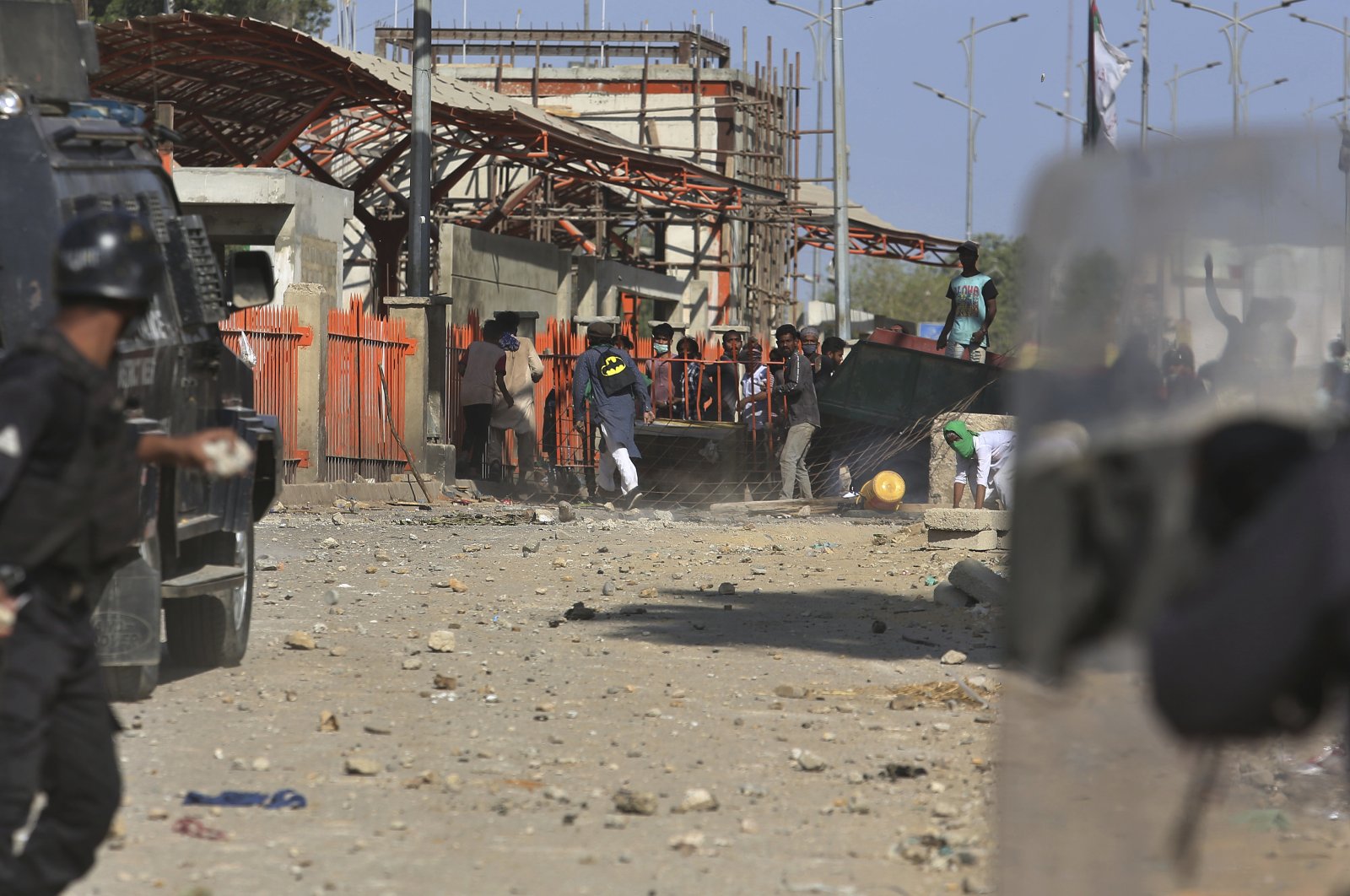 Three people were killed Tuesday after violent clashes erupted between protesters and police as rallies were held around the country with thousands denouncing the country's authorities for their decision not to expel a French envoy after a row regarding offensive depictions of the Prophet Muhammad.

The police officer was killed in overnight clashes with the supporters of Saad Rizvi, the head of the Tehreek-e-Labiak Pakistan who was arrested on Monday, a senior police officer, Ghulam Mohammad Dogar, said.

Ten policemen were also wounded in these clashes in the town of Shahadra near Lahore. Two protesters were reportedly killed in the eastern Punjab province.

The violence began Monday after police arrested Rizvi for threatening protests if the government did not expel France's ambassador over offensive depictions of the Prophet Muhammad.

According to Dogar, the arrest was aimed at maintaining law and order. But Rizvi’s detention quickly sparked violent protests in cities around the country.

The protesters blocked highways and roads in several cities. The deadly clashes come two days after Rizvi in a statement asked the government of Prime Minister Imran Khan to honor what he said was a commitment it made in February to his party to expel the French envoy before April 20 over the publication in France of depictions of the prophet.

However, the government has said it only committed to discussing the matter in Parliament. The reaction from Rizvi’s supporters against his arrest was so swift that police in the eastern city of Lahore could not clear a main highway and roads. Thousands of people were stranded in their vehicles.

Monday's clashes initially erupted in Lahore, the capital of eastern Punjab province. Rizvi’s supporters later clashed with police in the southern port city of Karachi and they continued rallying on the outskirts of the capital Islamabad, disrupting traffic and inconveniencing residents.

Rizvi emerged as the leader of the Tehreek-e-Labiak Pakistan party in November after the sudden death of his father, Khadim Hussein Rizvi. His supporters have previously held rallies in Pakistan to pressure the government not to repeal the country’s controversial blasphemy laws. Rizvi's party wants the government to boycott French products and expel the French ambassador under an agreement signed by the government with Rizvi’s party in February.

Tehreek-e-Labiak and other parties have denounced French President Emmanuel Macron since October last year, saying he tried to defend caricatures of the Prophet Muhammad as freedom of expression.

Macron’s comments came after a young Muslim beheaded a French school teacher who had shown caricatures of the Prophet Muhammad in class. The images had been republished by the satirical magazine Charlie Hebdo to mark the opening of the trial over the deadly 2015 attack against the publication for the original caricatures.

That enraged many Muslims in Pakistan and elsewhere who believed those depictions were blasphemous.

Rizvi's party also has a history of staging protests and sit-ins to pressure the government to accept its demands. In November 2017, Rizvi’s followers staged a 21-day protest and sit-in after a reference to the sanctity of the Prophet Muhammad was removed from the text of a government form.