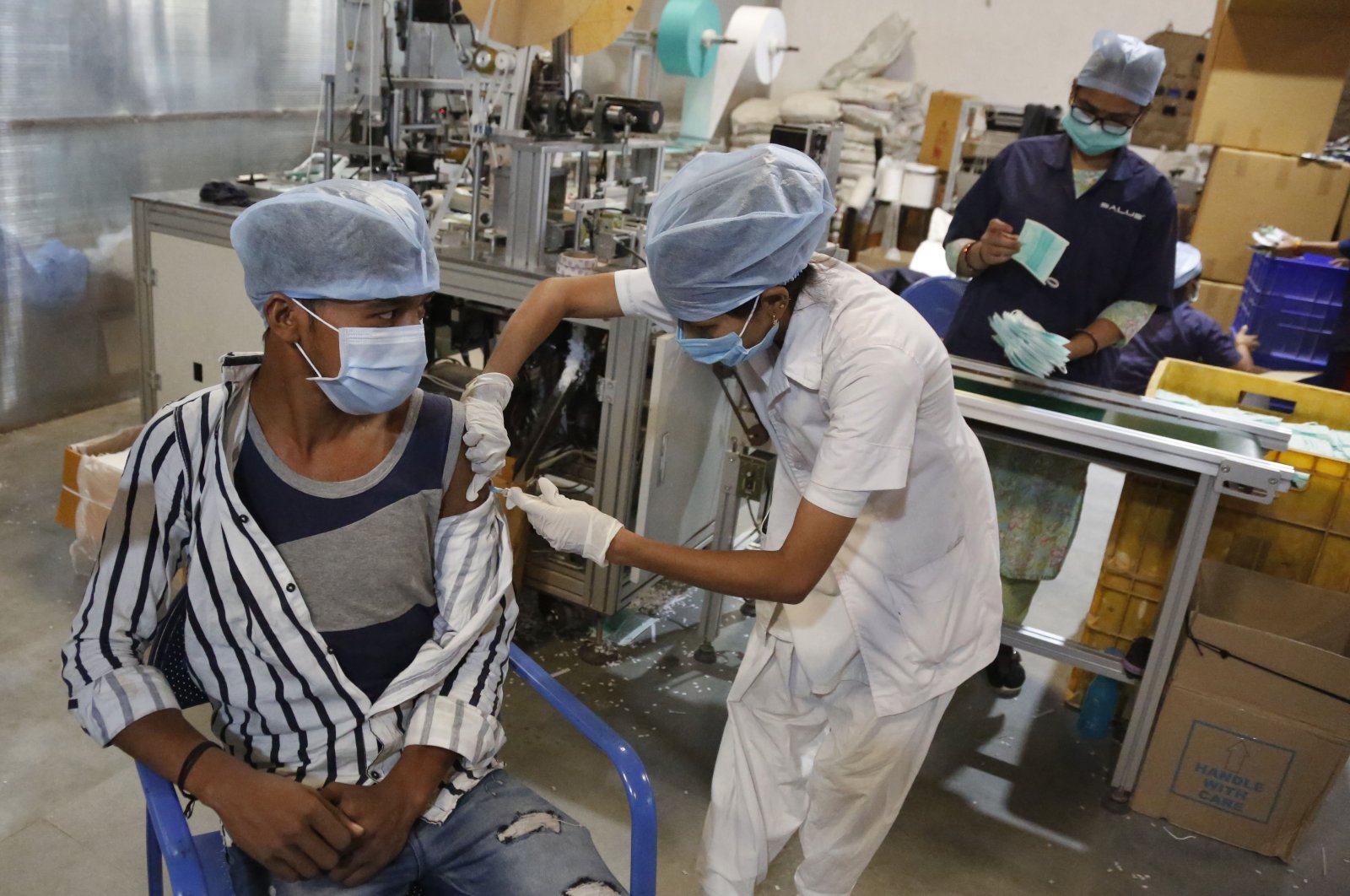 An Indian health worker administers the Covishield vaccine for COVID-19 to a worker at the factory of a face mask manufacturer on the outskirts of Ahmedabad, India, Friday, Dec. 17, 2021. (AP Photo)
by French Press Agency - AFP Dec 17, 2021 6:20 pm

The COVID-19 vaccine Covovax made by India received emergency approval from the World Health Organization (WHO) on Friday.

The jab, produced by Serum Institute of India under license from the United States-based Novavax, will now be distributed as part of global vaccine-sharing system Covax, "giving a much-needed boost to ongoing efforts to vaccinate more people in lower-income countries," WHO said in a statement.

"Even with new variants emerging, vaccines remain one of the most effective tools to protect people against serious illness and death from SARS-COV-2," said Mariangela Simao, the WHO's access to vaccines chief.

"This listing aims to increase access particularly in lower-income countries, 41 of which have still not been able to vaccinate 10% of their populations, while 98 countries have not reached 40%," she said.

Covovax requires two doses and is stable at 2 to 8 degrees Celsius (35.6 to 46.4 degrees Fahrenheit) refrigerated temperatures.