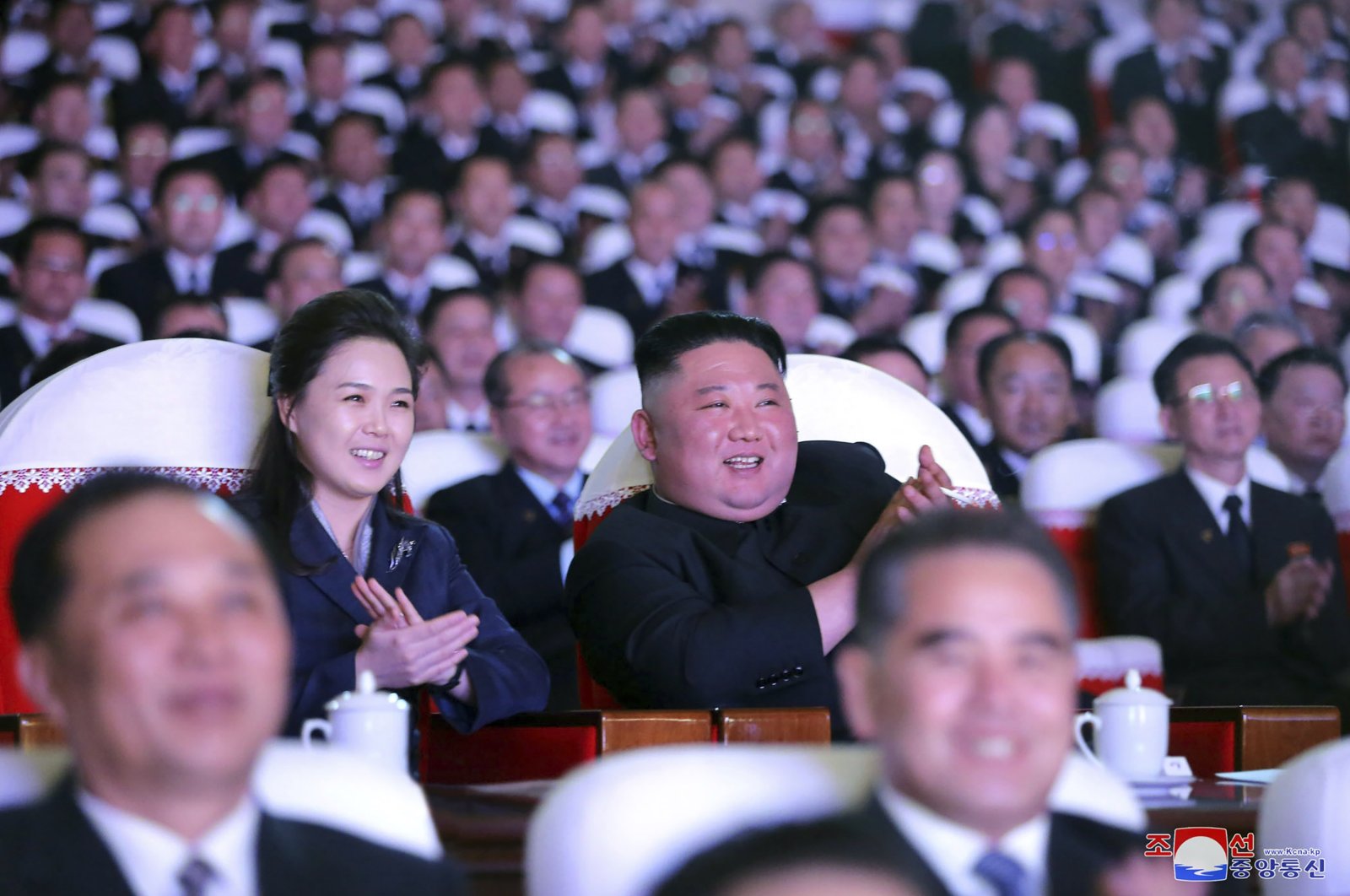 North Korean leader Kim Jong Un's wife, Ri Sol Ju appeared in state media for the first time in more than a year, joining her husband at a concert on one of the country's biggest holidays Wednesday.

The official ruling Worker's Party newspaper Rodong Sinmun released photos of the pair at the event to mark the birthday of Kim's late father and former leader Kim Jong Il.

Ri had often accompanied Kim to major public events but had not been seen since January last year at an event for the Lunar New Year holiday, stoking speculation over her health and potential pregnancy.

South Korea's National Intelligence Service (NIS) told lawmakers on Tuesday that Ri appeared to have refrained from outside activities to head off coronavirus infections but was "playing well with their kids."

The NIS believes Ri and Kim have three children. Little is publicly known about the trio. North Korea has not confirmed any COVID-19 cases, but the NIS has said an outbreak could not be ruled out as the country had active exchanges with China, where the virus first emerged, before closing the border early last year.

Ri and Kim smiled as they watched the concert at Mansudae Art Theatre in the capital of Pyongyang. Unlike several previous events, nobody in the photographs published by Rodong Sinmun were wearing masks or maintaining social distancing measures.

The newspaper also reported that Kim visited the Kumsusan Palace of the Sun, which houses the embalmed bodies of his father and grandfather, to lay wreaths for the anniversary, called the Day of the Shining Star.