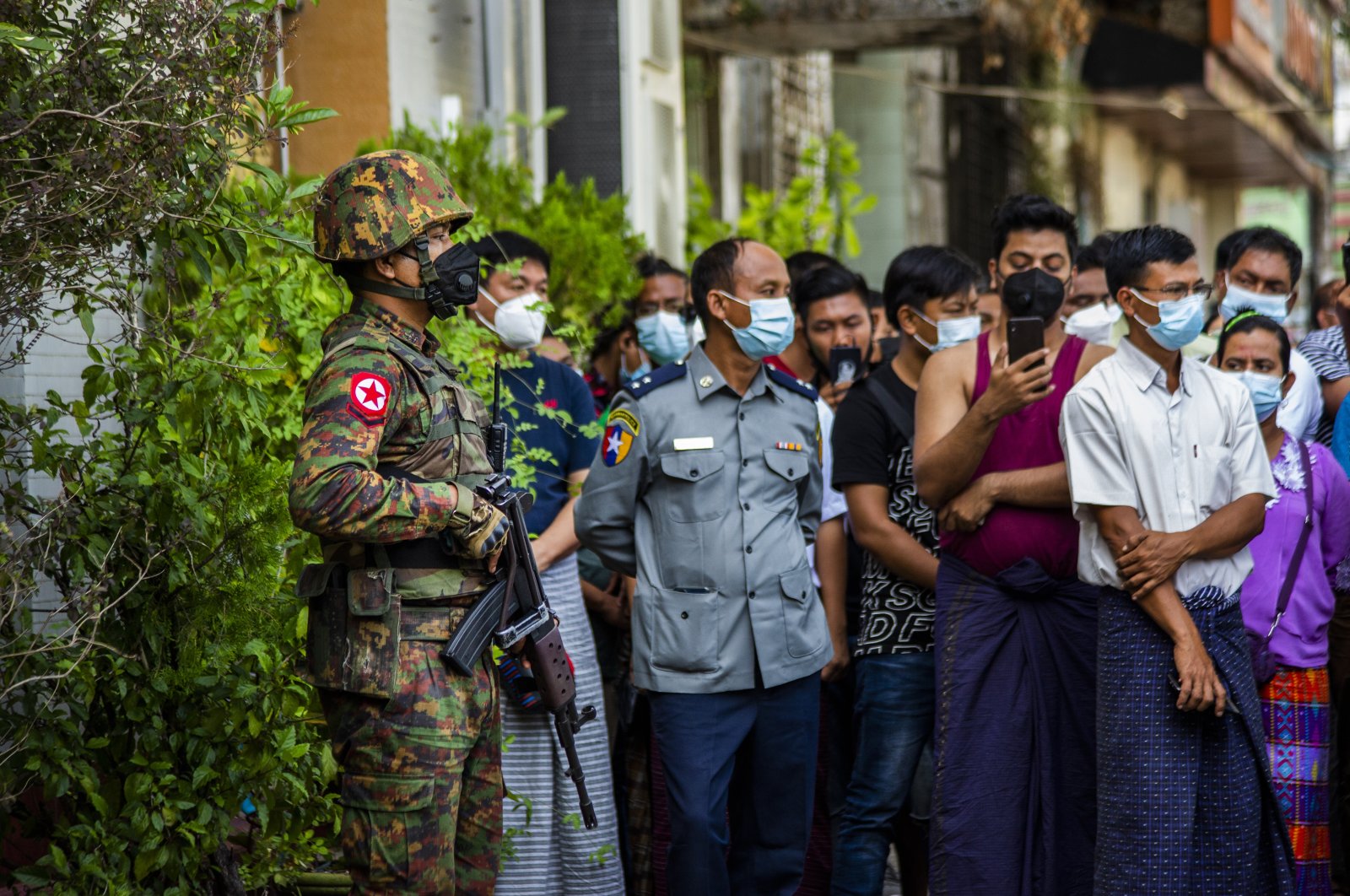 Raising her hands to an electronic ditty, aerobics instructor Khing Hnin Wai seemed oblivious to the convoy of armored vehicles driving behind her as she accidentally filmed a military coup in Myanmar in a surreal video that has now gone viral.

The physical education teacher in the capital Naypyidaw, posted footage of her workout to Facebook on Monday morning, gyrating and waving her arms to the tune of a dance track. Unbeknownst to her, history was in the making right behind her as armored vehicles and black SUVs swept by on the Royal Lotus Roundabout near the country's parliament.

The military seized control of the country in the early hours of Monday, detaining de facto leader Aung San Suu Kyi and other top officials in her party. Army chief Min Aung Hlaing now has "legislative, judicial and executive powers" – a move that effectively returns Myanmar to military rule, halting the country's 10-year dalliance with democracy.

Raising her hands to electronic ditty, aerobics instructor Khing Hnin Wai seemed oblivious to convoy of armored vehicles driving behind her as she accidentally filmed military coup in Myanmar in video that has gone viralhttps://t.co/HLDz8Eg1zD pic.twitter.com/U16oELCUga

The post soon went viral with more than 630,000 views on Facebook thanks to the bizarre juxtaposition of a power grab taking place against a pulsating earworm. "How harmonic with the background music and background scenery!" Khing Hnin Wai said in her post Monday. "Before I heard the news (of the coup) in the morning, the video I made for the aerobic dance competition has become an unforgettable memory."

Soon the little film was being scalped and spread across social media platforms. One tweet containing the video was viewed more than 11.7 million times in the 24 hours after it was posted.

Some photoshopped her dance into other recent historic moments – such as the siege of the U.S. Capitol last month – or added their own favorite dance tracks to the original video. Not all the attention has been favorable.

Myanmar has a febrile and polarized social media scene and insults soon piled in from military supporters. Khing Hnin Wai took to Facebook again on Tuesday to defend herself.

"I wasn't dancing to mock or ridicule any organization or to be silly ... I was dancing for a fitness dance competition," she wrote.

She added that she had often used the same picturesque spot to film her workouts, posting other videos to prove it.

"As it isn't uncommon for Naypyidaw to have an official convoy, I thought it's normal so I continued," she wrote.