UN fears for 600,000 Rohingya Muslims after coup in Myanmar 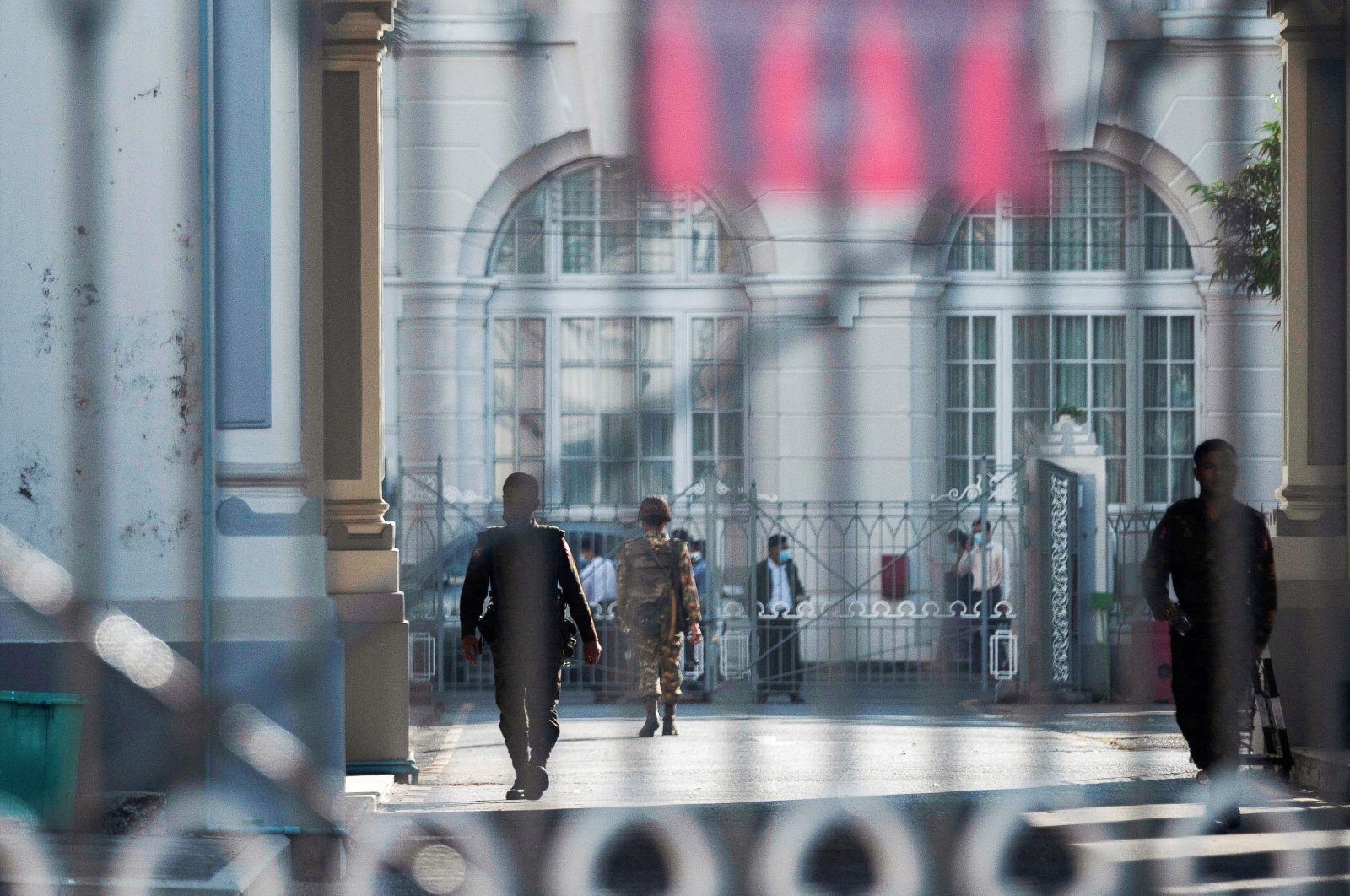 Due to what the Western world and other nations consider genocide by Myanmar's military on the minority group, the United Nations worries about the worsening plight of the Rohingya while hundreds of detained lawmakers remain under house arrest in Naypyidaw

The United Nations voiced concern over the wellbeing of some 600,000 Rohingya Muslims still in the country following the military coup in Myanmar, while the U.N. Security Council (UNSC) is due to hold a meeting on Tuesday over the latest developments.

A 2017 military crackdown in Myanmar's Rakhine State sent more than 700,000 Rohingya Muslims fleeing into Bangladesh, where they are still stranded in refugee camps. U.N. Secretary-General Antonio Guterres and Western states accused the Myanmar military of ethnic cleansing, which it denied.

"There are about 600,000 Rohingya ... that remain in Rakhine State, including 120,000 people who are effectively confined to camps, they cannot move freely and have extremely limited access to basic health and education services," U.N. spokesperson Stephane Dujarric told reporters.

"So our fear is that the events may make the situation worse for them," he said.

The 15-member UNSC will hold an emergency meeting on the military’s actions – probably on Tuesday, according to Britain, which currently holds the council presidency.

"We want to address the long-term threats to peace and security, of course working closely with Myanmar's Asia and ASEAN (Association of Southeast Asian Nations) neighbors," Britain's U.N. Ambassador Barbara Woodward, president of the council for February, told reporters.

China, backed by Russia, shielded Myanmar from any significant council action after the 2017 military crackdown. China and Russia are council veto powers along with France, Britain and the United States. China's U.N. mission told Reuters on Monday it hoped to find out more about the latest developments in Myanmar from the UNSC briefing on Tuesday.

"It's also our hope that any move of the council would be conducive to the stability of Myanmar rather than making the situation more complicated," a spokesperson for the Chinese U.N. mission said.

Speaking in Beijing, Chinese Foreign Ministry spokesperson Wang Wenbin said the government was in touch with "all sides" about the meeting and the international community's actions should contribute to "a peaceful resolution."

Meanwhile, hundreds of members of Myanmar’s Parliament remained confined inside their government housing in the country’s capital Naypyidaw on Tuesday, a day after the military staged a coup and detained senior politicians, including Nobel laureate and de facto leader Aung San Suu Kyi.

Suu Kyi’s National League for Democracy party (NLD) released a statement calling for the military to honor the results of last November’s election and release all of those detained.

“The commander-in-chief seizing the power of the nation is against the constitution and it also neglects the sovereign power of people,” the party said in a statement on one of its Facebook pages.

One of the detained lawmakers said he and about 400 other parliament members were able to speak with one another inside the compound and communicate with their constituencies by phone but were not allowed to leave the housing complex in Naypyitaw. He said Suu Kyi was not being held with them.

The lawmaker said police were inside the complex and soldiers were outside it. He added the politicians, comprised of members of Suu Kyi’s party and various smaller parties, spent a sleepless night worried that they might be taken away but were otherwise OK. The NLD's press officer Kyi Toe told Agency France-Presse (AFP) that "according to her (Suu Kyi) neighbor we contacted, she walks sometimes in her compound to let others know she's in good health."

“We had to stay awake and be alert,” the lawmaker told The Associated Press (AP) on condition of anonymity out of concern for his safety.

The takeover came the morning lawmakers from across the country had gathered in the capital for the opening of the new parliamentary session and follows days of worry that a coup was coming. The military said the seizure was necessary because the government had not acted on the military’s claims of fraud in November’s elections – in which Suu Kyi’s ruling party won a majority of the parliamentary seats up for grabs – and because it allowed the election to go ahead despite the coronavirus pandemic.

An announcement read on military-owned Myawaddy TV on Monday said Commander-in-Chief Senior Gen. Min Aung Hlaing would be in charge of the country for one year. Late Monday, the office of the commander-in-chief announced the names of the new Cabinet ministers. The 11-member Cabinet is composed of military generals, former military generals and former advisers to a previous government headed by former general Thein Sein.

The coup is a dramatic backslide for Myanmar, which was emerging from decades of strict military rule and international isolation that began in 1962. It now presents a test for the international community, which had ostracized Myanmar while it was under military rule and then enthusiastically embraced Suu Kyi’s government as a sign the country was finally on the path to democracy. U.S. President Joe Biden threatened new sanctions, which the country had previously faced.

On Tuesday in Yangon, the country’s biggest city, the streets were quieter than usual but markets were open, street vendors were still cooking food, and taxis and buses were still running. There were no outward signs of heavy security but the unease that set in after Monday’s events still lingered. People were removing the once-ubiquitous red flags of Suu Kyi’s party from their homes and businesses.

The military has maintained that its actions are legally justified – citing a section of the constitution it drafted that allows it to take control in times of national emergency – though Suu Kyi’s party spokesperson, as well as many international observers, have said it amounts to a coup.

The takeover marks a shocking fall from power for Suu Kyi, a Nobel peace laureate who had lived under house arrest for years as she tried to push her country toward democracy and then became its de facto leader after her party won elections in 2015.

Suu Kyi had been a fierce critic of the army during her years in detention but after her shift from democracy icon to politician, she needed to work with the generals, who despite allowing elections had never fully given up power.

While the 75-year-old has remained popular at home, Suu Kyi’s deference to the generals – going so far as to defend their crackdown on Rohingya Muslims that the United States and others have labeled genocide – has left her reputation tarnished abroad.

The coup was met with international condemnation and many countries called for the release of the detained leaders. Biden called the military’s actions “a direct assault on the country’s transition to democracy and the rule of law” and said Washington would not hesitate to restore sanctions.

“The United States will stand up for democracy wherever it is under attack,” he said in a statement, while Guterres called the developments a “serious blow to democratic reforms,” according to his spokesperson.

The United Nations has long had a presence in Myanmar. Security Council envoys traveled there in April 2018 and met separately with Suu Kyi and Min Aung Hlaing following the crackdown on the Rohingya.