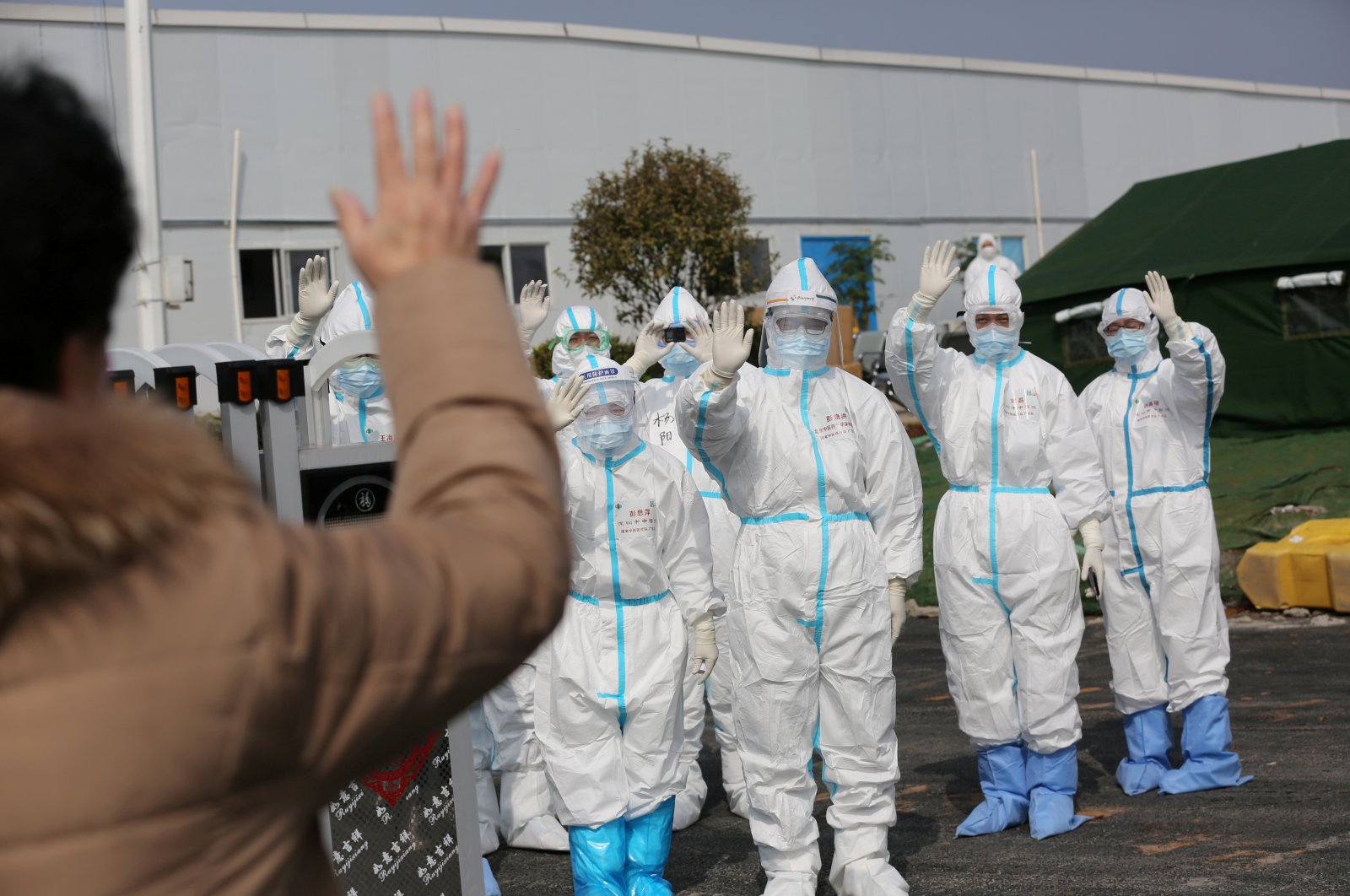 Medical personnel in protective suits wave at a patient who is discharged from the Leishenshan Hospital after recovering from COVID-19, Wuhan, China, March 1, 2020. (REUTERS Photo)
by Compiled from Wire Services
Apr 26, 2020 10:59 am

The Chinese city of Wuhan, where the global coronavirus pandemic began, now has no remaining cases in its hospitals, a health official told reporters on Sunday.

"The latest news is that by April 26, the number of new coronavirus patients in Wuhan was at zero, thanks to the joint efforts of Wuhan and medical staff from around the country," National Health Commission spokesman Mi Feng said at a briefing.

China on Sunday confirmed 11 more cases of the coronavirus and no new deaths for the 11th day in a row. It brings its official count to 82,827 infected people.

Five of the new cases were in Heilongjiang province, a northeastern border area with Russia that has seen a surge in infections. Another was in Guangdong province, a manufacturing and tech region bordering Hong Kong in the south.

The other five were imported from overseas. China has identified 1,634 imported cases in all.

China said it also has 1,000 people who have tested positive for the coronavirus but do not have any symptoms. They are under medical observation but not included in the confirmed case count.