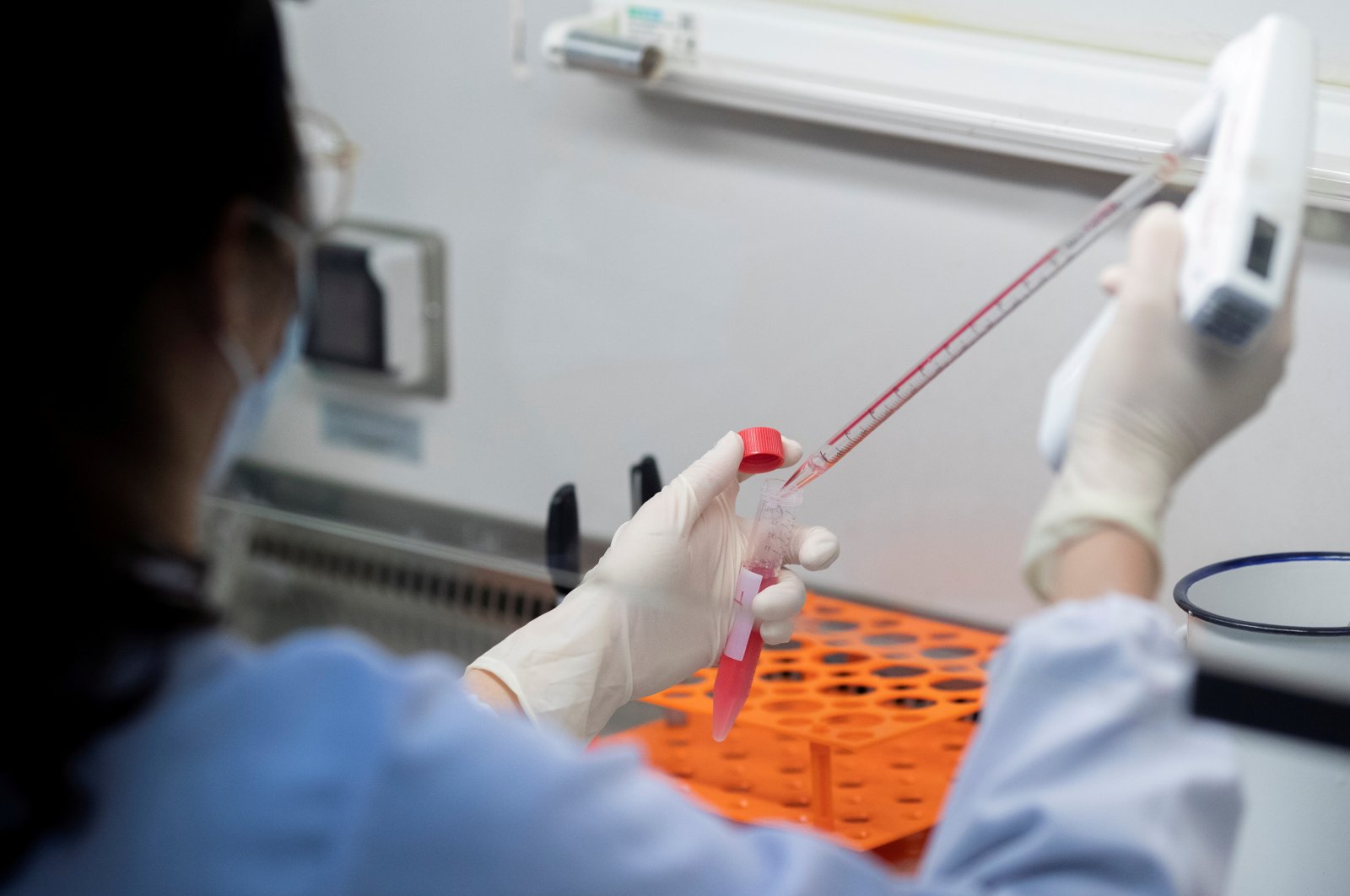 A scientist works in the lab of Linqi Zhang on research into novel coronavirus disease antibodies for possible use in a drug at Tsinghua University's Research Center for Public Health in Beijing, China, March 30, 2020. (Reuters Photo)
by Compiled from Wire Services Apr 19, 2020 12:50 pm
RECOMMENDED

The head of the Institute of Virology in the Chinese city of Wuhan has rejected allegations in the U.S. that the novel coronavirus could have originated in his laboratory.

"There's no way this virus came out from us," said Yuan Zhiming in an interview with state television, the English language transcript of which was published by the Chinese media Sunday.

"We clearly know what kind of virus research is going on in the institute and how the institute manages viruses and samples," he added.

None of the laboratory staff had been infected with the coronavirus, the director said, adding that he understood why people had jumped to conclusions about his institute in Wuhan, the city where the pandemic originated.

"But it's bad when some are deliberately trying to mislead people," said Yuan Zhiming. "I know it's impossible," he added. "This is entirely based on speculation."

The lab director also contested the thesis, already rejected by scientists, that the virus could have been originally generated in the laboratory.

"There is no evidence to prove that the virus has artificial or synthetic traces," he said.

His comments came the day after U.S. President Donald Trump said the U.S. was investigating whether the virus could have originated in the Wuhan lab. "It seems to make sense," he told reporters.

"Was it a mistake that got out of control or was it done deliberately?" Trump said at a White House briefing Saturday, questioning the origins of the disease.

"If they were knowingly responsible, yeah, then there should be consequences," he said when asked if China should face repercussions for the pandemic.

The first infections with the coronavirus were linked with an animal market in Wuhan. Experts believe the virus comes from bats and might also have been spread via another host animal.