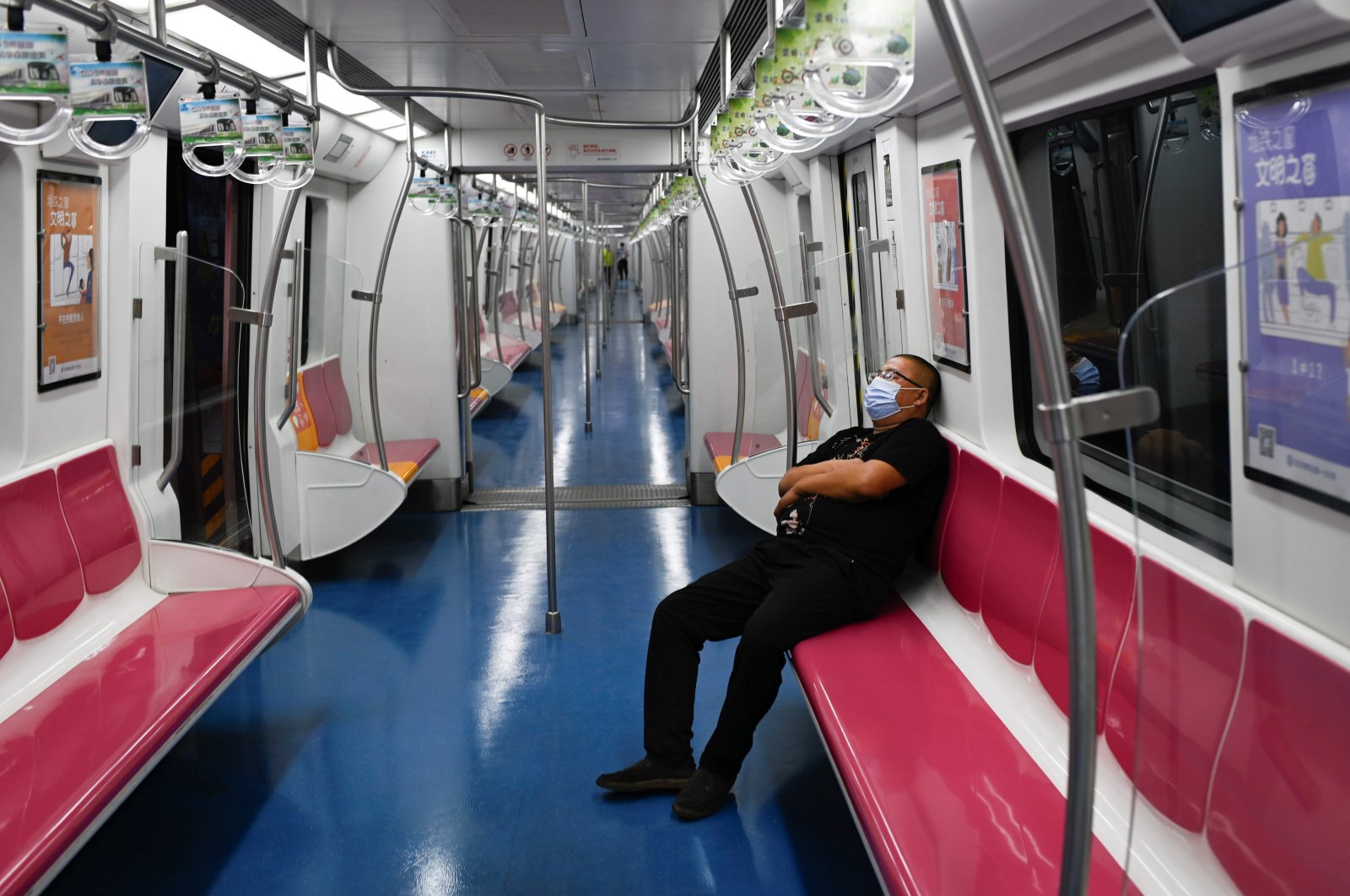 Officials reported 22 new cases in Beijing on Saturday, along with five others elsewhere in China. There are no new deaths and 308 people remain hospitalized for treatment.

South Korea recorded 67 new cases, the largest 24-hour increase in about three weeks. Most of them come from the densely populated Seoul area, where about half of the country’s 51 million people reside. Many cases have been linked to exposure in nightlife outlets.

The head of the World Health Organization said Friday the pandemic is "accelerating” and that more than 150,000 cases were reported the day before - the highest single-day number so far.

Tedros Adhanom Ghebreyesus told reporters in Geneva that nearly half of the newly reported cases were from the Americas, with significant numbers from South Asia and the Middle East.

Brazil’s Health Ministry said the total number of cases had risen to by more than 50,000 from the previous day. President Jair Bolsonaro still downplays the risks of the virus after nearly 50,000 fatalities in three months. He says the impact of social isolation on Brazil’s economy can be more deadly.

The new coronavirus has infected more than 8.5 million people worldwide and killed more than 454,000, according to figures compiled by Johns Hopkins University. The actual number is thought to be much higher because many cases are asymptomatic or go untested.

South Africa and Ethiopia say they are recommending the limited use of the commonly available drug dexamethasone for all COVID-19 patients on ventilators or supplementary oxygen.

South African Health Minister Zweli Mkhize said "this breakthrough is excellent news for us and we are especially fortunate that it came as we are preparing for our upcoming surge” in cases. South Africa has about 30% of the virus cases on the African continent, or more than 87,000.

French authorities are keeping a close eye on signs of an accelerating spread of the coronavirus in Normandy, a region that’s until now been spared the worst of the outbreak that has hit Paris and the east of France particularly hard.

Britain lowered its coronavirus threat level one notch, becoming the latest country to claim it’s getting a national outbreak under control. Meanwhile, Germany reported the country’s highest daily increase in virus cases in a month after managing to contain its outbreak better than comparable large European nations.

The emergencies chief of the World Health Organization has confirmed that China shared coronavirus sequences from its latest outbreak with the global community and says it appears the virus was imported to Beijing from strains circulating in Europe.

At a press briefing on Friday, Dr. Michael Ryan noted that "strains and viruses have moved around the world” throughout the pandemic. Ryan said that many viruses in New York "were of European origin” but that doesn’t mean Europe necessarily was the original source.

He says analysis of the genetic sequences so far suggests that the virus spread to people in China from other humans instead of jumping from animals directly into humans.