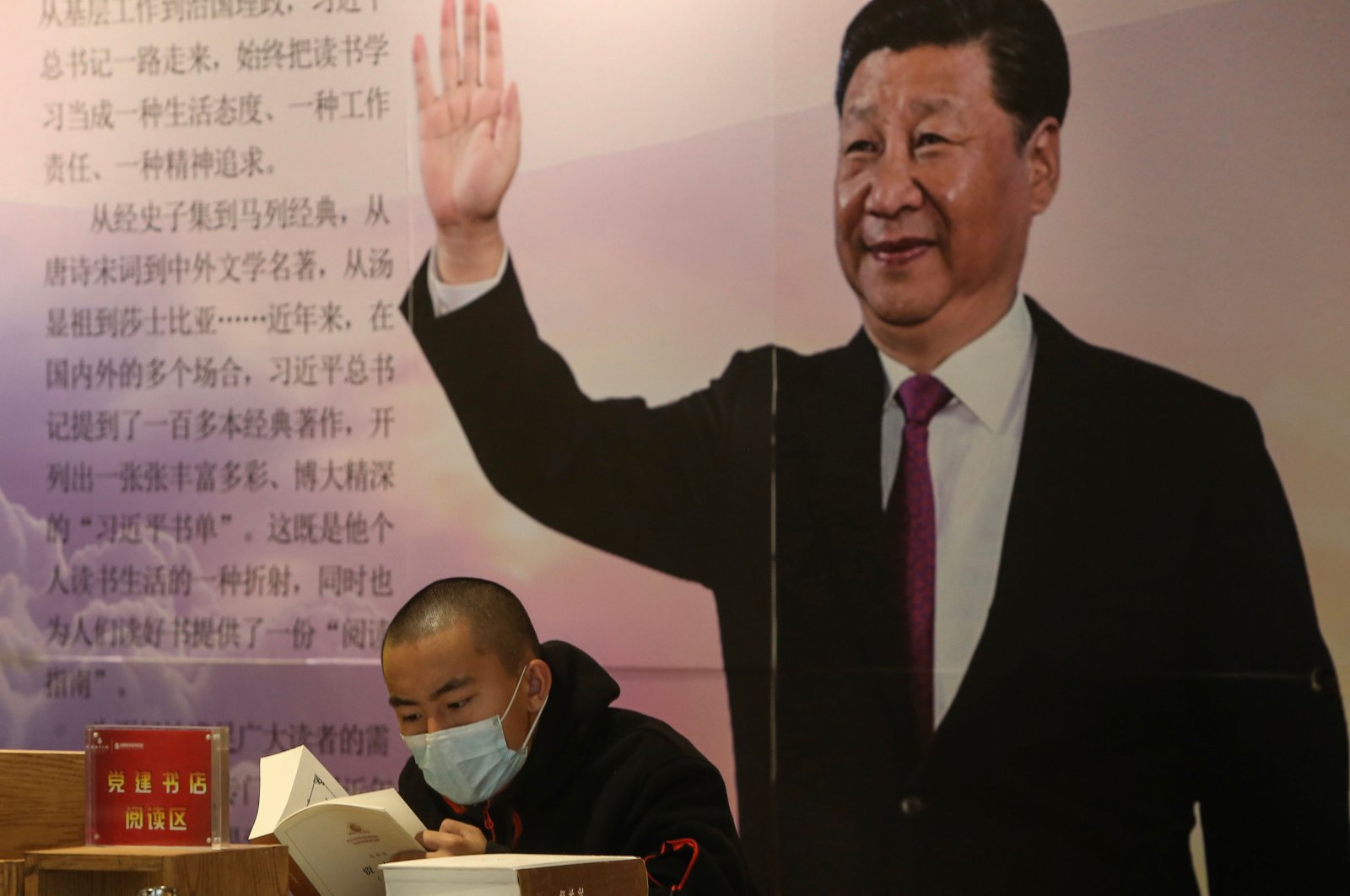 A man reads a book in front of a board with an image of China's President Xi Jinping at a book store during World Book Day in Shenyang in China's northeastern Liaoning province on April 23, 2020. (AFP Photo)
by Agencies
Apr 23, 2020 10:50 am

China's Ministry of Foreign Affairs said Thursday that Australia's call for an independent probe into the coronavirus epidemic was political maneuvering and that the country should end its ideological bias.

Chinese foreign ministry spokesman Geng Shuang also told reporters during a briefing that China has no wildlife wet markets, responding to a question about United States Secretary of State Mike Pompeo's comments calling for China to close all wildlife wet markets in the country.

Australia's push for an independent review of the origins and spread of the pandemic, including the response of the World Health Organization (WHO), has drawn sharp criticism from China, which has accused Australian lawmakers of taking instructions from the U.S.

China's embassy in Canberra said in a statement late Tuesday that Australian lawmakers were acting as the mouthpiece of Trump and "certain Australian politicians are keen to parrot what those Americans have asserted and simply follow them in staging political attacks on China."

Ties between Australia and China have soured in recent years, with Canberra the first government to exclude telecoms equipment maker Huawei Technologies from its 5G network.