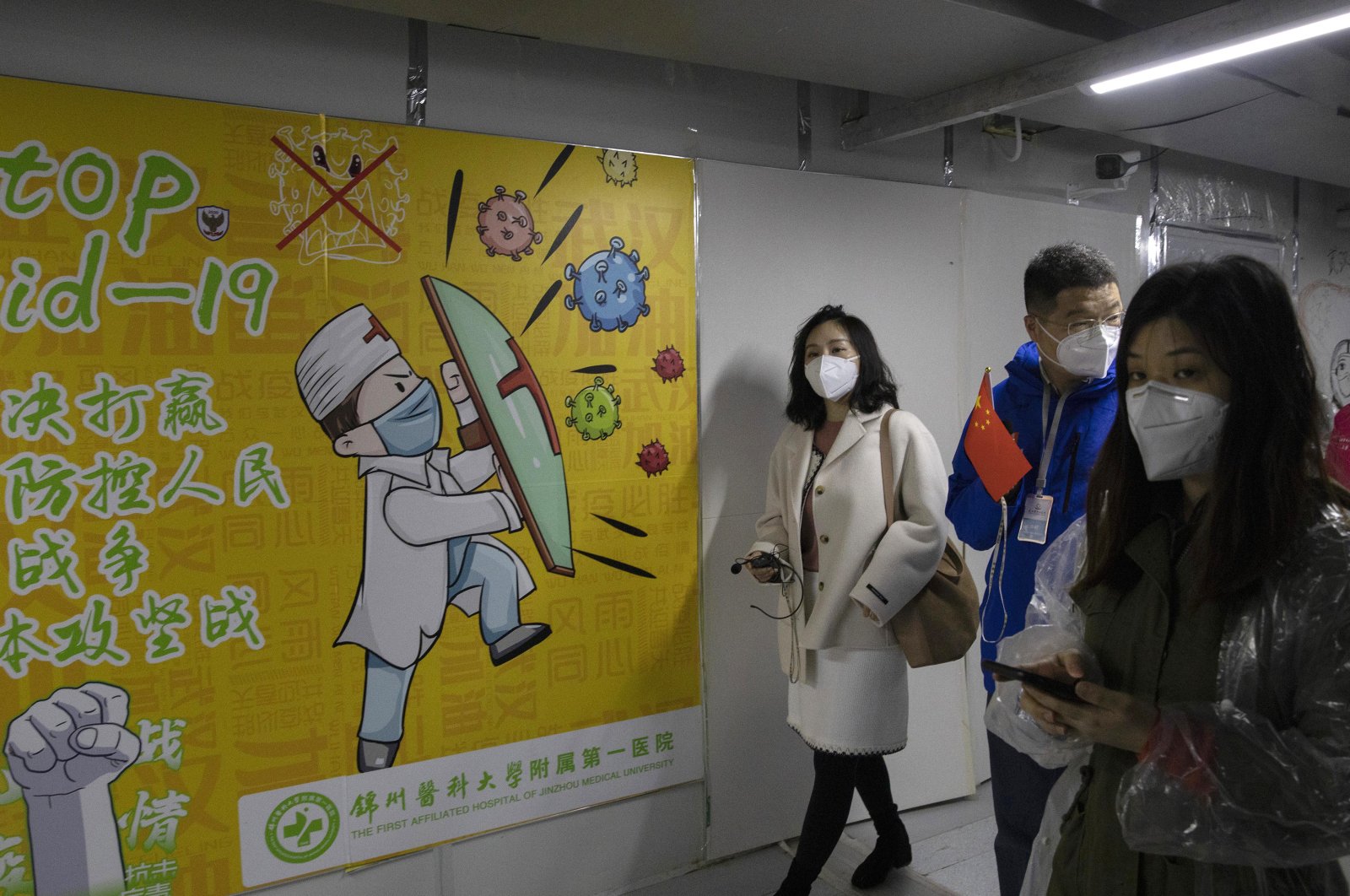 Visitors walk in the corridors of Leishenshan Hospital which was constructed in a parking lot from prefabricated modules in two weeks in Wuhan in central China's Hubei province, Saturday, April 11, 2020, as the city dealt with a rush of patients in the early days of the coronavirus outbreak. The hospital closed on April 9 but still has 14 patients, mainly elderly with underlying complications. (AP Photo)
by Daily Sabah with AFP Apr 12, 2020 12:17 pm
RECOMMENDED

The virus first emerged in the Chinese city of Wuhan in December and Beijing has been criticized by some – most notably US President Donald Trump – over its initial handling of the crisis.

Senior officials and staff at German government ministries were invited "to speak in positive terms about China's management of the coronavirus," Die Welt said, citing a confidential foreign ministry document.

The foreign ministry recommended that all German governmental departments reject such approaches, the newspaper added. The ministry has declined to confirm or deny the report.

However, a German intelligence source told Die Welt that "Chinese officials are pursuing an intensified information and propaganda policy with regard to the coronavirus."

Beijing has sought to counter the narrative that the outbreak began in China and highlighted its assistance to Western countries "in order to present the People's Republic as a trustworthy partner," Germany's Federal Office for the Protection of the Constitution said.

China, for example, had sent protective equipment to France, Italy and Germany in support of the fight against the spread of the virus.

Aside from that the Federal Office for the Protection of the Constitution said that in addition to the increased propaganda activity, the activities of Chinese intelligence services in Germany are "unchanged and at a high level regardless of the current corona crisis."

The Chinese embassy in Berlin did not comment on corresponding press inquiries, but it almost never answers critical inquiries, the daily said.

The pandemic has shaken the world, killing more than 107,000 people and infecting over 1,745,000, wreaking vast economic damage and prompting a rash of finger-pointing.

Trump and his administration had made a point of referring to COVID-19 as the "Chinese virus" or the "Wuhan virus," infuriating Beijing.

The U.S. president has also cast doubt on the accuracy of official Chinese virus figures and accused the World Health Organization of pro-China bias.