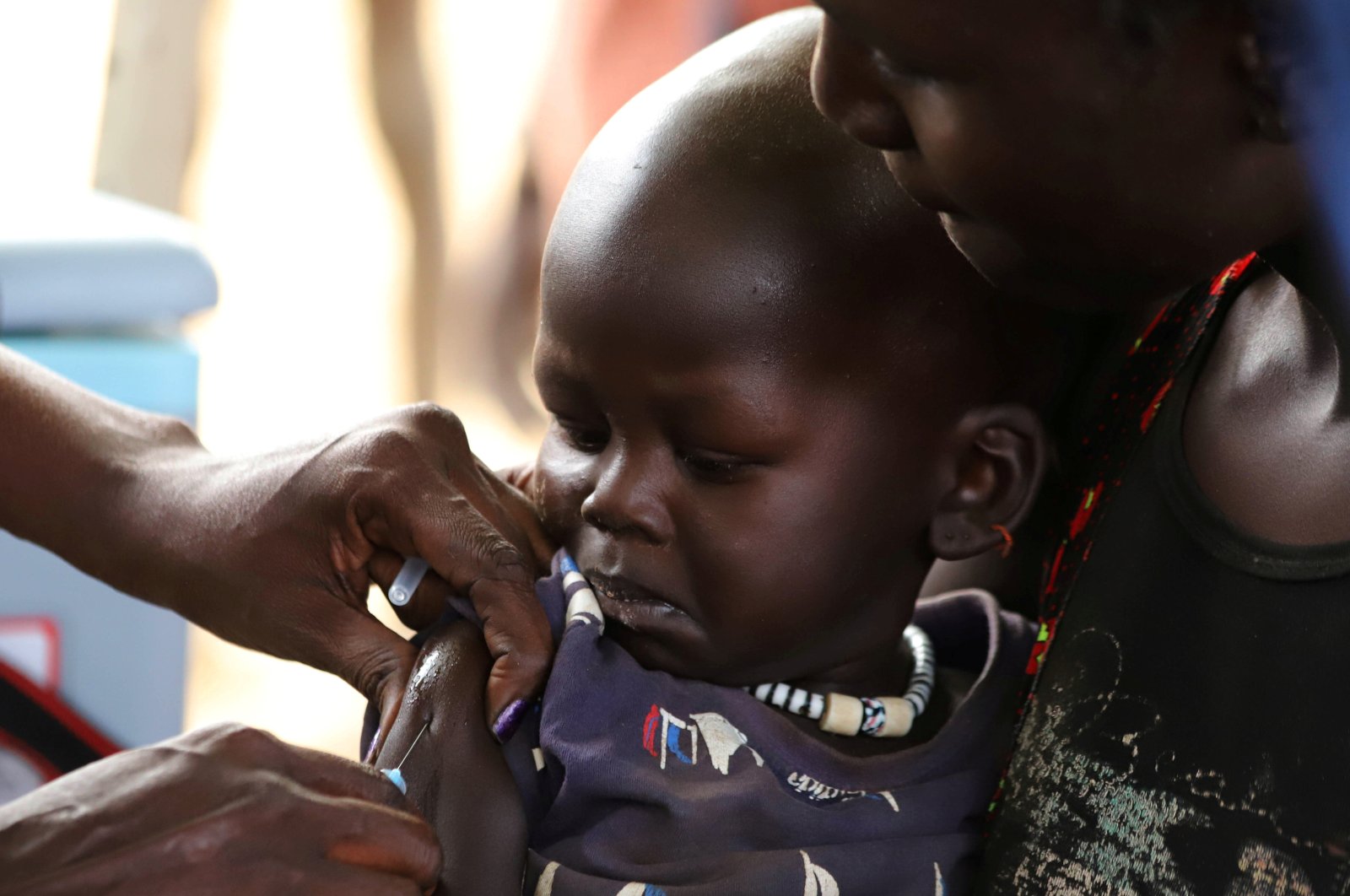 A South Sudanese child receives a vaccination against measles during a campaign in Juba, South Sudan, Feb. 4, 2020. (Reuters Photo)
by French Press Agency - AFP May 03, 2020 11:03 am
RECOMMENDED

The coronavirus pandemic could jeopardize vaccination campaigns in the Middle East and North Africa, UNICEF warned Sunday, saying millions of children could miss out on polio and measles immunizations.

The U.N. agency said most countries in the region were continuing with routine campaigns, under strict controls to prevent the spread of the virus.
But it warned that some vaccination campaigns had been suspended as health workers were diverted to fighting the COVID-19 illness.

Ted Chaiban, UNICEF's regional director, said it was "absolutely critical that every child gets immunized against deadly diseases including polio, measles, diphtheria and hepatitis."

He said measures including disinfection, protective clothing and social distancing meant that "immunization for children is possible even in the time of COVID-19."

UNICEF and the World Health Organization (WHO) warned in mid-April that around 117 million children worldwide risked contracting measles as dozens of countries curtailed vaccination programs to battle the pandemic.

The head of the global organization fighting polio told Agence France-Presse (AFP) in early April that the coronavirus had dealt an unprecedented blow to mass immunization drives, risking a resurgence of the disease.