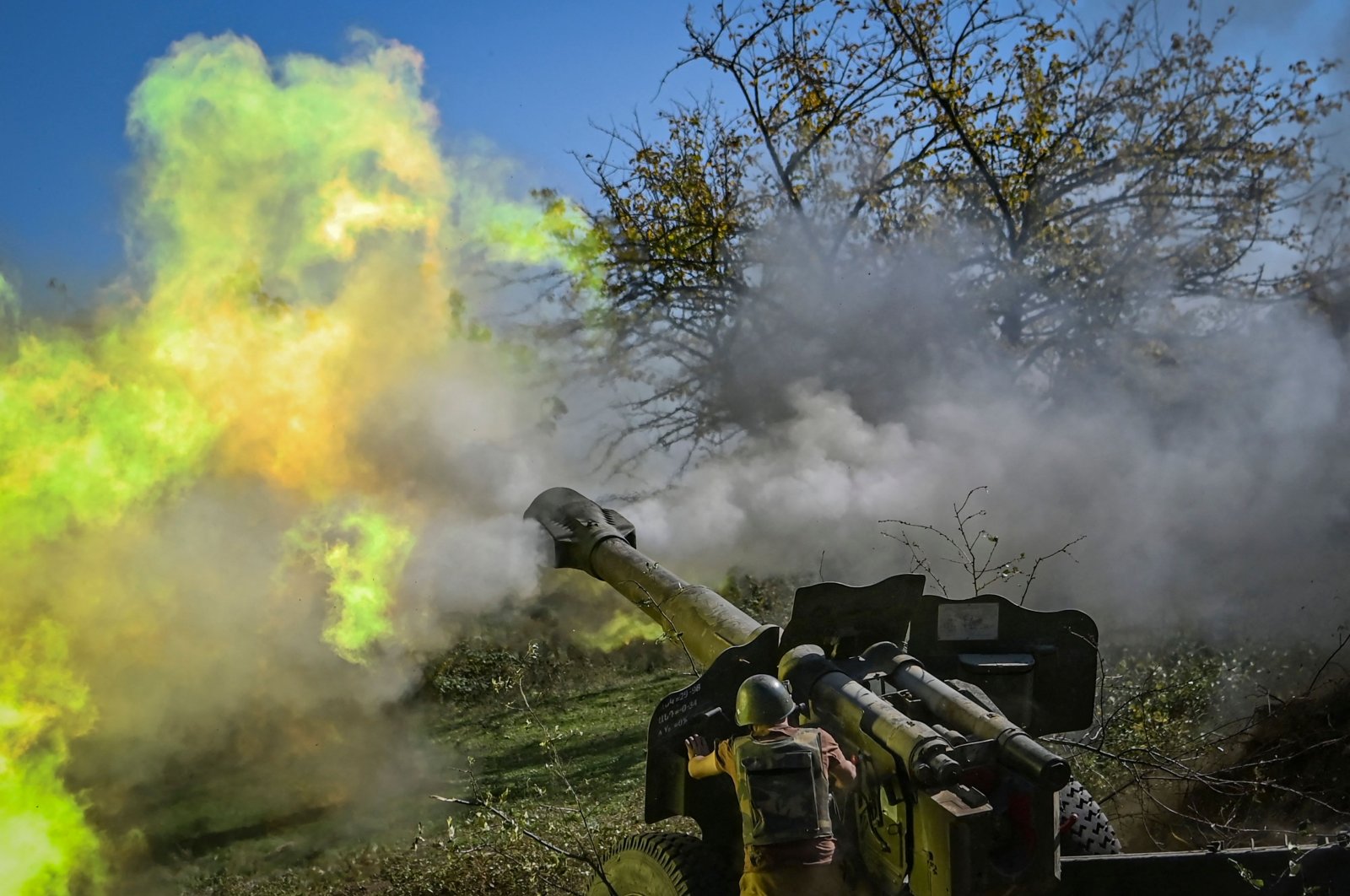 Armenian soldier fires artillery on the front line, during the ongoing fighting between Armenian and Azerbaijani forces over the breakaway region of Nagorno-Karabakh, Azerbaijan, Oct. 25, 2020. (AFP Photo)
by Anadolu Agency Oct 19, 2021 6:13 pm
RECOMMENDED

Demining teams in Azerbaijan are carefully clearing the mines left behind by Armenia in the Karabakh region and the surrounding provinces, that were liberated by Baku last year from the occupation of Yerevan.

There were hundreds of thousands of mines laid by Armenia during the occupation period in the regions recently liberated by Azerbaijan.

The primary goal of the Azerbaijani government, which carries out extensive reconstruction and infrastructure works in the region, is to ensure the safety and clear the region of mines to enable people, who have been separated from their ancestral lands for nearly 30 years, to return to their homeland, and revive the daily life in the region.

The biggest task here falls on the shoulders of the teams who clear the mines by searching every inch of land.

Mine clearance activities are carried out by the Azerbaijan Mine Clearing Agency (ANAMA), while the Azerbaijani army fortress units and the special mine search and clearance teams of the Turkish army also contribute to the demining activities.

Anadolu Agency (AA) followed the mine search and destruction activities of ANAMA teams in the liberated Kend Horadiz village of Fuzuli province.

While the mine search is done manually with a skewer and a detector, specially trained dogs also assist the team.

During the search activities, varying special marks are placed on areas where mines are detected.

Detected mines and ammunition are either neutralized or destroyed in a controlled manner.

'Armenia has mine production facilities'

Natig Asadov, ANAMA area manager, told AA that the teams working in his area of charge cleared a part of the road to the Zangilan district.

"Armenia did not provide all of the mine maps. And we are searching every inch. We searched an area of 171,000 square meters (1.84 million square feet) in our area of responsibility, found 177 anti-personnel, one anti-tank mine and one missile, and neutralized them," he said.

Asadov said that Armenia has mine production facilities and the teams mostly detected such mines.

"We are lacking the mine maps and this fact makes our work difficult, but we will continue our duty until the lands are fully cleared," he added.

Zaur Imanov, a person in charge of the team training with dogs in the field, stressed that the sniffer dogs contribute to mine exploration activities.

He said that dogs are specially selected from an early age group and undergo special training.

"Our dogs detected a large number of mines and ammunition. They detect it by smell. They work long terms with their trainers. Instructors are also experts in their fields," he said.

Imanov went on to say that the dogs have the ability to find mines and ordinances up to 20 centimeters (7.8 inches) deep underground.

Karim Hasanov, a mine search specialist, said that he has been dealing with mines for 21 years.

"Thank God our lands were liberated. Now it is time for us to exert our talent. Mine clearance is a very difficult job, but we get over it. We will clear our land of mines and give it to our people," Hasanov said.

Azerbaijani President Ilham Aliyev recently reiterated that Yerevan refuses to provide Baku with complete maps of the minefields, adding that "the few such maps" that have been given to Azerbaijan have an accuracy of about 25%.

On Oct. 18, Azerbaijan applied to the International Court of Justice (ICJ) to order neighboring Armenia to hand over the mine maps in the Karabakh territories.

Relations between the former Soviet republics of Azerbaijan and Armenia have been tense since 1991 when the Armenian military occupied Nagorno-Karabakh, also known as Upper Karabakh, a territory internationally recognized as part of Azerbaijan, and seven adjacent regions.