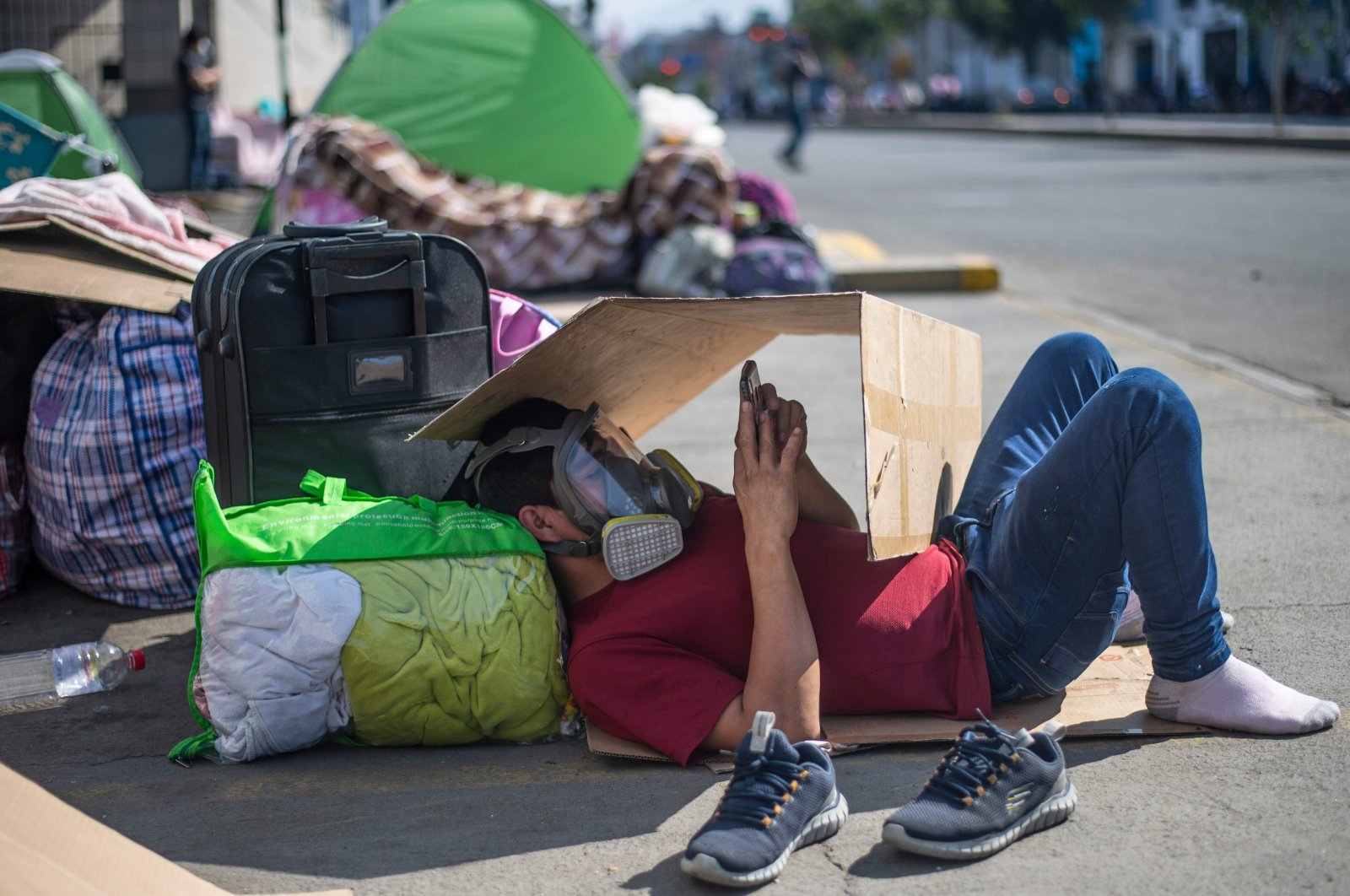 Stranded migrants from the San Martin region -Peruvian Amazon rainforest- wait to be tested for the COVID-19 disease at a makeshift camp in Lima on April 29, 2020, before letting them travel to their hometown. (AFP Photo)
by ASSOCIATED PRESS May 03, 2020 12:47 pm
RECOMMENDED

Thousands of desperate migrants are trapped in limbo and even at the risk of death without food, water, or shelter in scorching deserts and at sea, as governments close off borders and ports amid the coronavirus pandemic.

Migrants have been dropped by the truckload in the Sahara Desert or bused to Mexico’s desolate border with Guatemala and beyond. They are drifting in the Mediterranean Sea after European and Libyan authorities declared their ports unsafe. And about 100 Rohingya refugees from Myanmar are believed to have died in the Bay of Bengal, as country after country pushes them back out to sea.

Many governments have declared emergencies, saying a public health crisis like the coronavirus pandemic requires extraordinary measures. However, these measures are just the latest efforts by governments to clamp down on migrants, despite human rights laws.

"They just dumped us,” said Fanny Jacqueline Ortiz, a 37-year-old Honduran traveling with her two daughters, aged 3 and 12.

Ortiz reached the U.S., but American authorities expelled her to Mexico. The Mexican government, in turn, abandoned the family on March 26 at the lonely El Ceibo border crossing with Guatemala. Ortiz and other migrants on the two-bus convoy were told to avoid the Guatemalan soldiers guarding the border, which was closed due to the pandemic.

"They told us to go around through the mountains, and we slept in the woods,” she recalled.

Over the next few weeks, an activist helped Ortiz and others in her group of 20 find a ride to the next border, in Honduras.