Egypt releases Ever Given ship 3 months after Suez Canal blockage 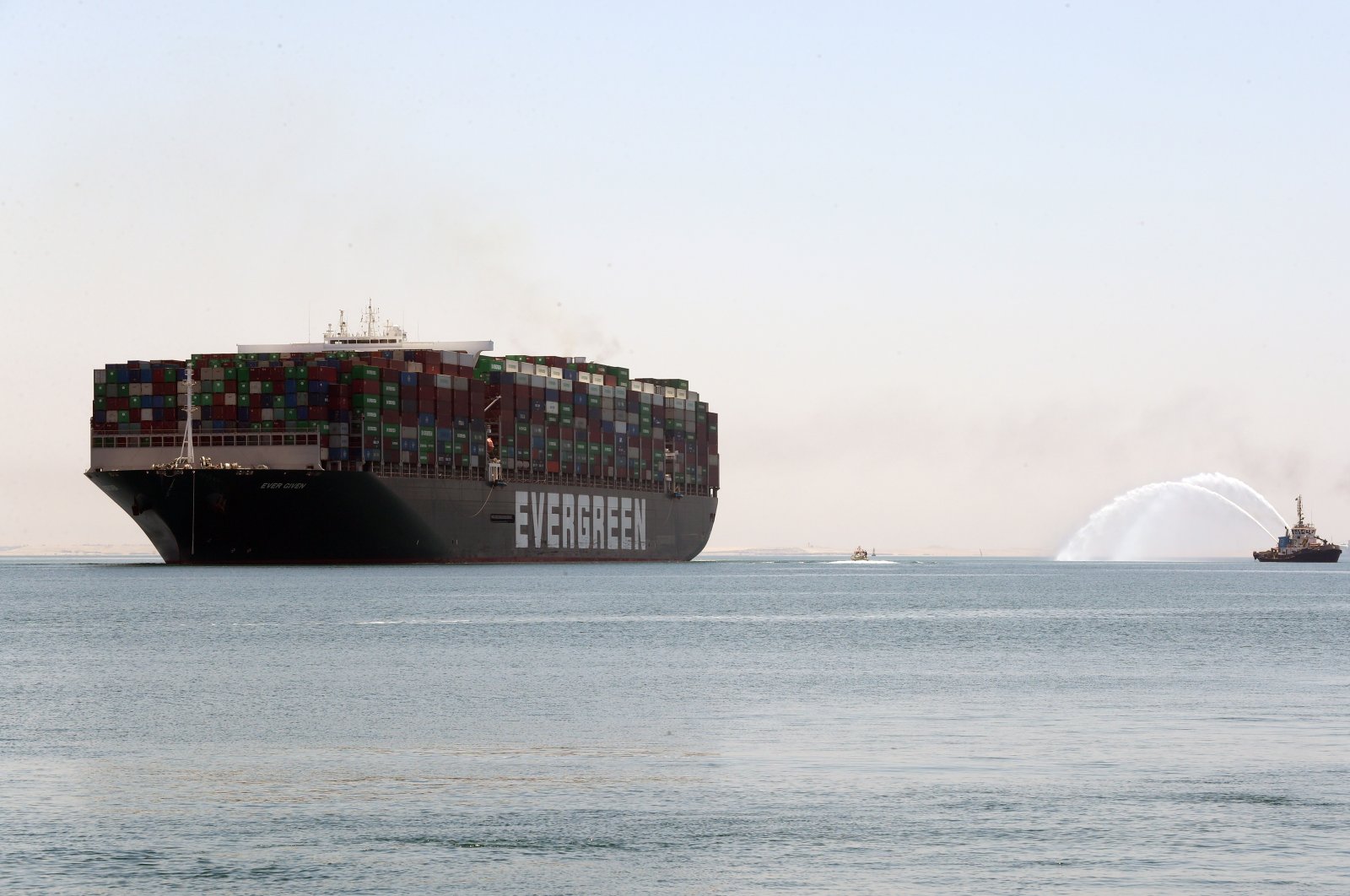 The Ever Given sails in the Suez Canal after its owner reached a settlement with local authorities, near Ismailia Governorate, Egypt, July 7, 2021. (EPA Photo)
by Associated Press Jul 07, 2021 2:41 pm
RECOMMENDED

Ever Given, the container ship that had blocked the Suez Canal for a week earlier this year, has finally left Egypt after more than three months as local authorities allowed the giant vessel to depart following a lengthy court battle over compensation.

The gigantic ship was seen leaving the Suez Canal after its Japanese owner, Shoei Kisen Kaisha Ltd., managed to reach a settlement with the canal authorities.

The settlement deal was signed in a ceremony Wednesday in the Suez Canal city of Ismailia, after which the vessel was seen sailing to the Mediterranean.

An Associated Press (AP) video journalist onboard a tugboat witnessed the vessel as it was moving northward to the Mediterranean Sea, as officials representing the Suez Canal the vessel's owner and insurers penned the deal in Ismailia.

Wednesday’s release came a day after an Egyptian court lifted the judicial seizure of the vessel following the Suez Canal Authority’s notification that it reached a settlement in its financial dispute with the vessels' owners and insurers.

The Panama-flagged Ever Given ran aground in March, blocking the Suez Canal for six days. It had since been held amid a dispute over financial compensation.

The money, according to canal authorities, would cover the salvage operation, costs of stalled canal traffic, and lost transit fees for the week the Ever Given had blocked the canal.

The Ever Given was on its way to the Dutch port of Rotterdam on March 23 when it slammed into the bank of a single-lane stretch of the canal about 6 kilometers (3.7 miles) north of the southern entrance, near the city of Suez.

Its bow had touched the eastern wall of the canal, while its stern looked lodged against the western wall – an extraordinary event that experts said they had never heard of happening in the canal’s 150-year history.

A massive salvage effort by a flotilla of tugboats helped by the tides freed the skyscraper-sized ship six days later, ending the crisis, and allowing hundreds of waiting ships to pass through the canal.

The blockage of the canal forced some ships to take the long alternate route around the Cape of Good Hope at Africa’s southern tip, requiring additional fuel and other costs. Hundreds of other ships waited in place for the blockage to end.

The shutdown, which raised worries of supply shortages and rising costs for consumers, added strain on the shipping industry already under pressure from the coronavirus pandemic.