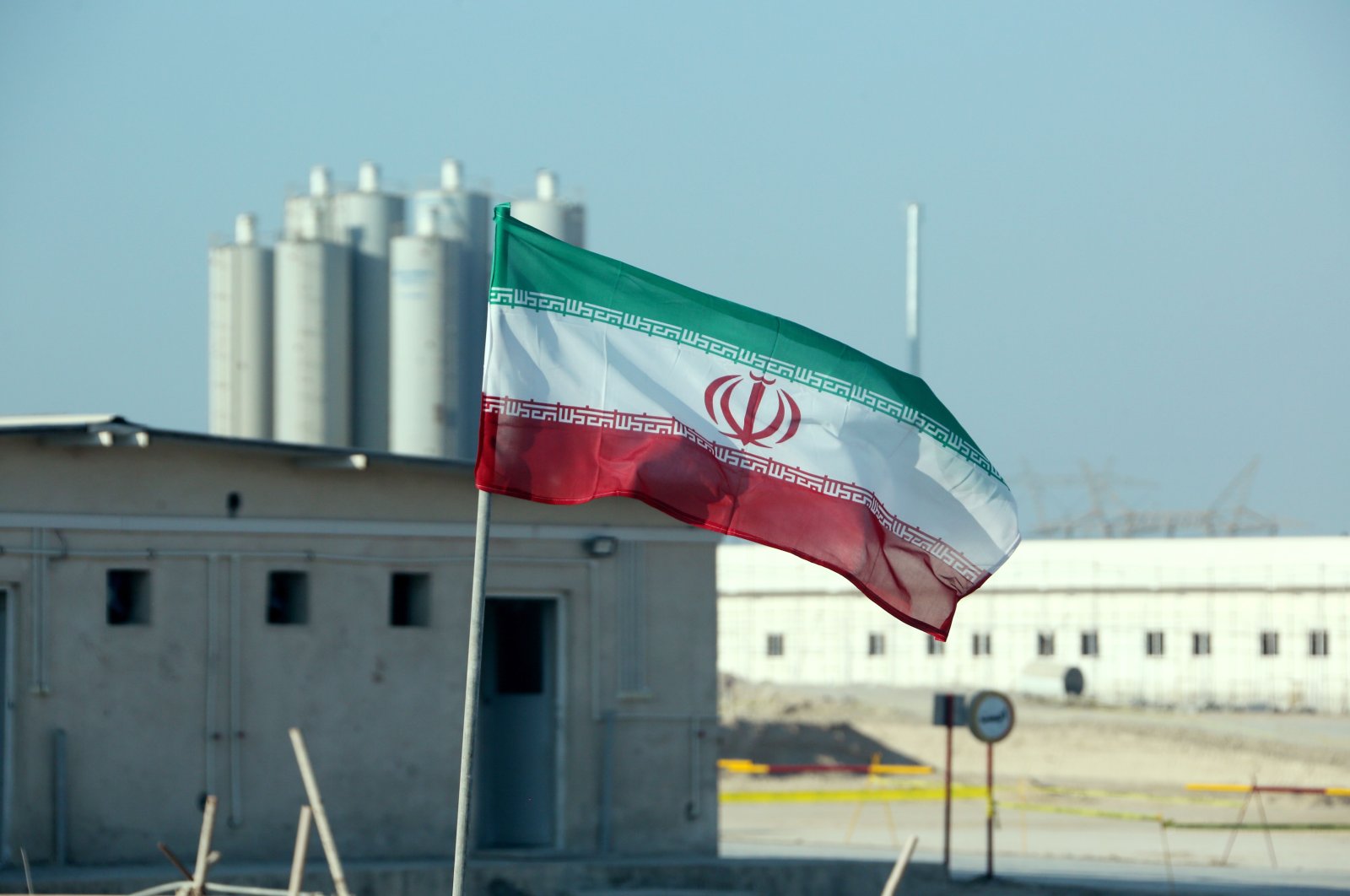 An Iranian flag at Iran's Bushehr nuclear power plant during an official ceremony to kick-start work on a second reactor at the facility, Nov. 10, 2019. (AFP Photo)
by ASSOCIATED PRESS Jun 09, 2020 4:36 pm
RECOMMENDED

The European Union’s top diplomat said Tuesday that since the United States has already withdrawn from an international agreement curbing Iran’s nuclear ambitions, it can't now use its former membership of the pact to try to impose a permanent arms embargo on the Islamic Republic of Iran.

The accord, which Iran signed with the U.S., Britain, Germany, France, China and Russia in 2015, has been unraveling since President Donald Trump pulled Washington out in 2018 and reinstated sanctions designed to cripple Tehran under what the U.S. called a "maximum pressure” campaign.

U.S. Secretary of State Mike Pompeo and U.S. Ambassador to the United Nations Kelly Craft have said that extending a permanent U.N.-backed arms embargo against Iran is now a top priority for Washington.

But speaking to reporters Tuesday after talks with Chinese Foreign Minister Wang Yi, EU foreign policy chief Josep Borrell insisted that since the U.S. has pulled out of the nuclear deal, known as the Joint Comprehensive Plan of Action, it can no longer claim to have a role in it.

On Monday, Russian Foreign Minister Sergey Lavrov accused the Trump administration of unleashing a politically motivated campaign against Iran and called for "universal condemnation” of the U.S. attempt to get the U.N. Security Council to impose a permanent arms embargo.

The EU sees the nuclear deal as a key pillar of regional and world security and has struggled to keep the pact alive despite U.S. pressure. Borrell is tasked with supervising the way the pact is applied and to help resolve disputes between the parties.