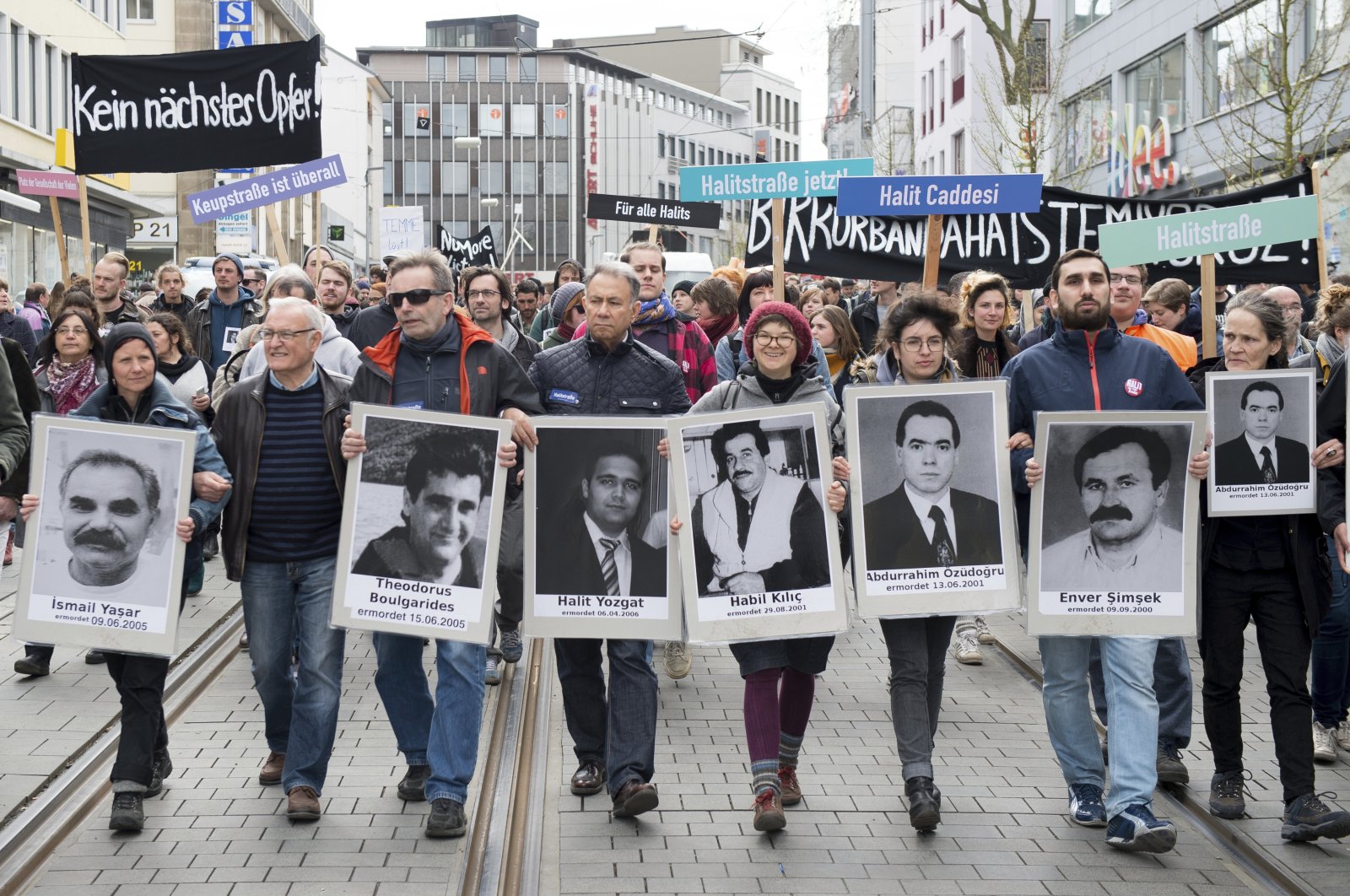 Germany is marking the 10th anniversary this week of a shocking scandal that exposed how authorities recklessly or knowingly failed to prevent a neo-Nazi killing spree that continued for years.

The scandal broke on Nov. 4, 2011, when two neo-Nazis committed suicide after an unsuccessful bank robbery in the eastern city of Eisenach. For the first time, the German public learned about the existence of a neo-Nazi group named the National Socialist Underground, or the NSU.

The police found evidence in their apartment showing that the NSU’s terror cell was behind a seven-year killing spree that targeted eight Turkish immigrants, one Greek citizen and a German police officer between 2000 and 2007.

The news shocked the country, as German authorities had so far ruled out any neo-Nazi motive for these mysterious murders and instead treated immigrant families as suspects, questioning family members over alleged connections with mafia groups or drug traffickers.

The scandal grew as subsequent revelations uncovered that the country’s domestic intelligence agency, the Federal Office for the Protection of the Constitution (BfV), and regional agencies knew about the potential threat, as they employed dozens of informants who had contacts with the three neo-Nazis who formed the NSU terror cell.

The NSU is believed to have been founded by neo-Nazis Uwe Mundlos, Uwe Bohnhardt and Beate Zschaepe in the late 1990s. The trio lived a clandestine life for nearly 13 years, apparently without arousing the suspicions of the German police or intelligence services.

The group’s only known surviving member, Zschaepe, was sentenced to life in prison by Munich’s Higher Regional Court in 2018, after a five-year trial. During the trial, Zschaepe declined to provide insight into the NSU and tried to lay the blame on her two deceased colleagues.

Many experts today dispute the claim that the NSU was only an "isolated cell” of three far-right extremists and underline that it must have had ties to a larger network of neo-Nazis across the country. While the NSU trio had been living underground in the eastern town of Zwickau, they carried out their attacks in different big cities, including Nuremberg, Munich, Cologne, Dortmund and Hamburg, several hundred kilometers from where they were hiding.

But during the investigations, no suspect could be identified by the authorities for assisting the three neo-Nazis in their racist killings, prompting criticism from the family members of the victims.

Despite serious question marks about several former intelligence officers and informants about their contact with the NSU suspects, none of them were indicted or even charged.

The role of former spy Andreas Temme, who was at the crime scene when Ismail Yozgat was murdered by the NSU in 2006 in Kassel, has not been seriously investigated by the authorities and remains a mystery.

Authorities in the central German state of Hesse have decided to keep an intelligence report on Yozgat’s murder secret for 120 years, prompting further speculations about the NSU’s possible ties. Following widespread criticism, they decided that these files should be restricted from public view for at least 30 years.

Many questions related to the NSU’s murders remain unresolved, as dozens of secret files belonging to the domestic intelligence service were destroyed, soon after the 2011 death of the two neo-Nazis, Uwe Mundlos and Uwe Bohnhardt.

Lothar Lingen, who headed the BfV division for right-wing terrorism, destroyed dozens of files about informants used by the domestic intelligence agency, but authorities did not file any criminal charges against him. Moreover, between 2009 and 2016, at least five witnesses and informants, who could have provided evidence against the NSU, died under mysterious circumstances.