1,000s of far-right protesters march against COVID-19 restrictions in Berlin 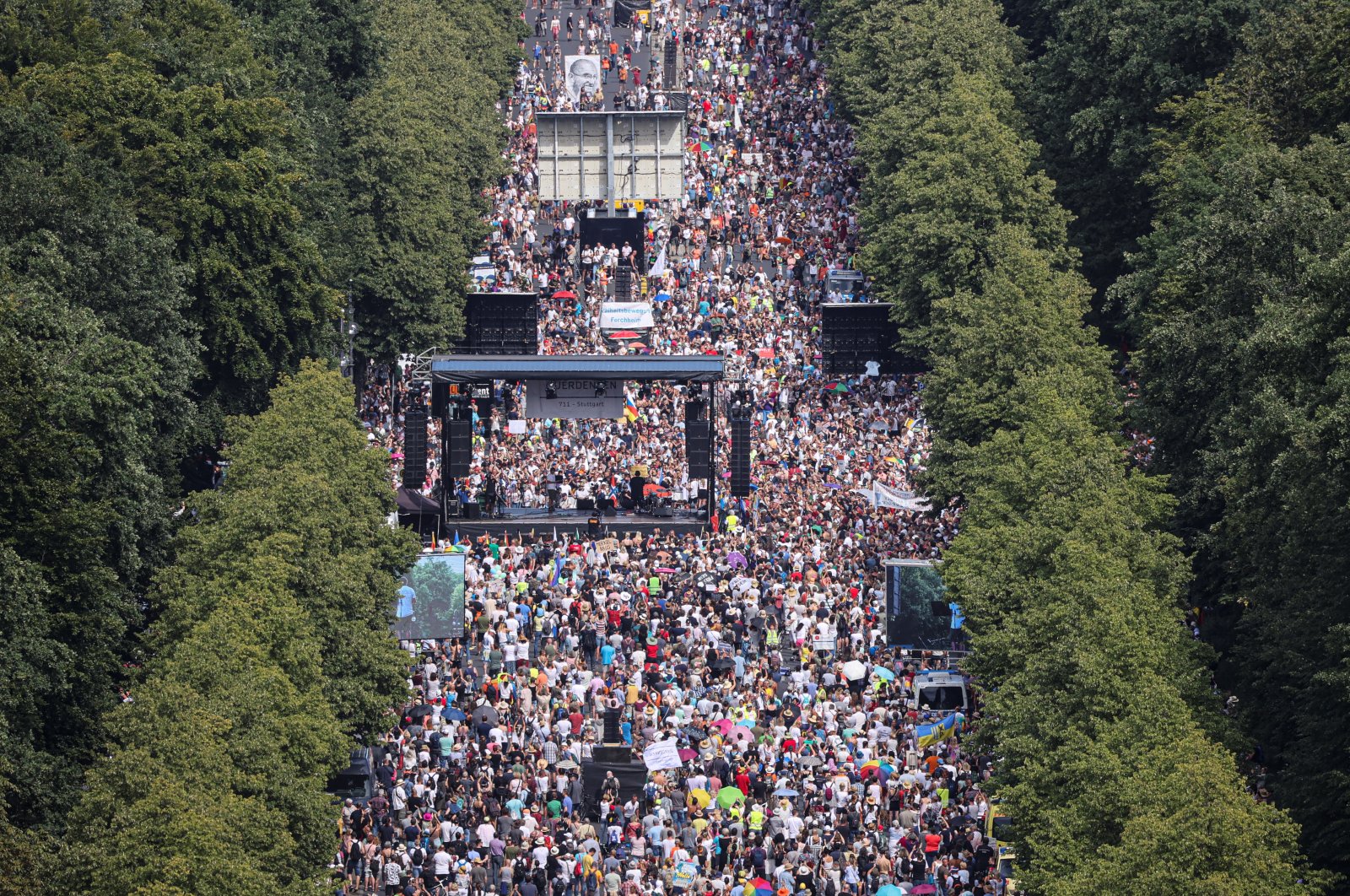 A Berlin protest against coronavirus restrictions drew thousands, from the hard left and right to conspiracy theorists on Saturday.

Police put turnout at 15,000 – well below the 500,000 organizers had announced as they urged a "day of freedom" from months of virus curbs.

"We are the second wave," shouted some as marchers headed for the Brandenburg Gate while others called for "resistance," dubbing the pandemic "the biggest conspiracy theory.".

Few protesters wore a mask or respected the 1.5-metre (five-foot) social distancing requirement, an AFP journalist reported, despite police calling on them via megaphone to do so.

Berlin police revealed on Twitter they had launched a legal action against organizers over "non-respect of hygiene rules".

A handful of people held a counter-demonstration. Dubbing themselves "grandmothers against the extreme right", they shouted insults against "Nazi" protesters.

The "Day of Freedom" slogan for the protest echoes the title of a 1935 documentary by Nazi-era film producer Leni Riefenstahl on a party conference by Hitler's National Socialist German Workers' Party.

Several politicians spoke out against the demonstration as Germany seeks to minimize transmission of COVID-19, with the virus having claimed just over 9,000 deaths to Saturday – a far lower toll than its neighbors.

Saskia Esken of the Social Democrats, a junior coalition partner in Angela Merkel's government, blasted the demonstrators as "Covidiots".

In a tweet, Esken railed: "No distancing, no masks. They are not only putting at risk our health but also our success against the pandemic as well as the economic recovery, education and society. Irresponsible!"

Jan Redmann, regional head of Merkel's Christian Democrats in the eastern state of Brandenburg, also took aim at the marchers.

"A thousand new infections a day still and in Berlin, there are protests against anti-virus measures? We can no longer allow ourselves these dangerous absurdities," Redmann complained.

Despite Germany's comparatively low toll, authorities are concerned at a rise in infections over recent weeks.

Saturday saw 955 new infections – a level which the country had not seen since May 9, according to the Robert Koch health institute.