2 dead, 4 missing as 81 migrants rescued by Spain off Canaries 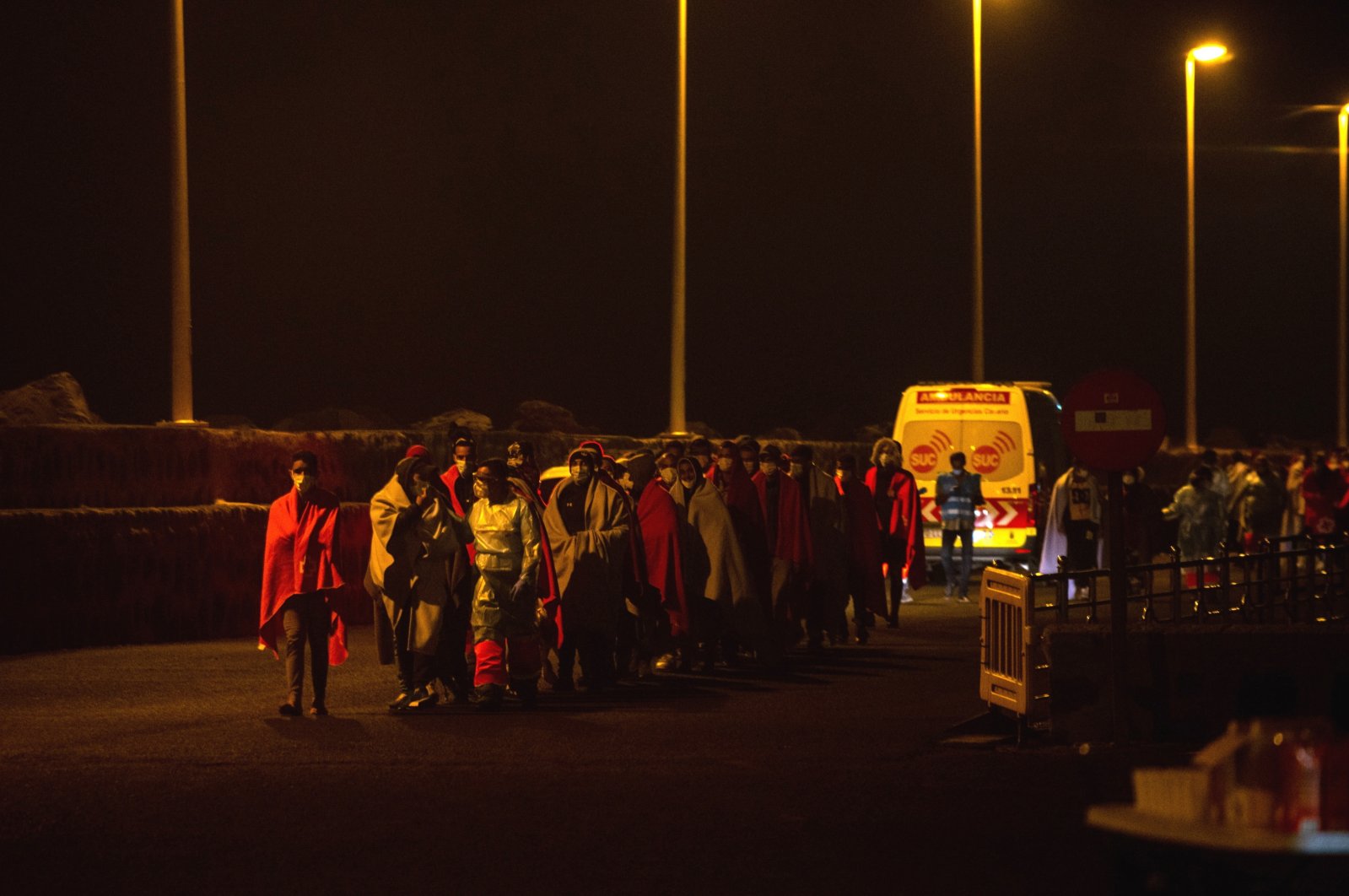 Two migrants are dead and another four missing following the rescue of 81 people from a boat off the coast of the Canary Islands, the Spanish coast guard said Saturday.

They had come across the boat in trouble while returning from an earlier rescue.

After a long night at sea in bad weather, the Salvamento Maritimo lifeboat returned to Arguineguin port in Gran Canaria just after sunrise carrying 81 survivors and one body, while its rescue helicopter brought back another body.

A Salvamento spokesperson said the alert came in on Friday about a boat in trouble about 150 nautical miles south of Gran Canaria, with the Guardamar Polimnia rescuing 46 sub-Saharan Africans, all of them men.

"When it was on its way back to Arguineguin, it found another and as it was approaching to help, the boat overturned and people fell into the water," he told Agence France-Presse (AFP).

The lifeboat crew managed to pull 35 people to safety, all of them North Africans but also found the body of a person who had died, while a Salvamento rescue helicopter found another, he said.

"According to those who were rescued, it seems another four young people were lost at sea," he said, indicating that searches in the area had found no trace of them.

"We woke up to the news of six people dead in the Atlantic. May they rest in peace," tweeted Helena Maleno, head of Caminando Fronteras, a Spanish nongovernmental organization (NGO) which alerts the rescue services about boats in trouble at sea.

"The boat capsized just before the rescue: two bodies were recovered and four were swallowed by two-meter (6.5 feet) high waves. Another 109 people are still at sea facing winds of up to 40 kilometers per hour (24.84 miles per hour). Their rescue must be a priority," she said, indicating that figure included 17 women and six children.

"Strong winds are destabilising the flimsy boats in which they are trying to reach the Canary Islands."

Over the past two weeks, the bodies of at least 16 people who died while trying to reach the Canary Islands have been found by Spanish rescuers, coastguard figures show although the number does not include those missing presumed drowned.

A similar number have died off the Moroccan coast in the past 10 days.

Among them were 14 people who were found on Monday, including three women and four girls, on a boat which had been lost at sea for 18 days.

By mid-November, 18,021 people had reached the Canary Islands by boat this year, a number 10% higher than the same period last year.

But the Atlantic route is fraught with danger, and by the end of October, some 900 people had died en route, according to figures from the International Organization for Migration's (IOM) Missing Migrants project which has described 2021 as "the deadliest year on the migratory route to Spain."

It is also a year of migrant crossings elsewhere, as in the English Channel which has experienced a devastating surge of deaths with irregular migrants.