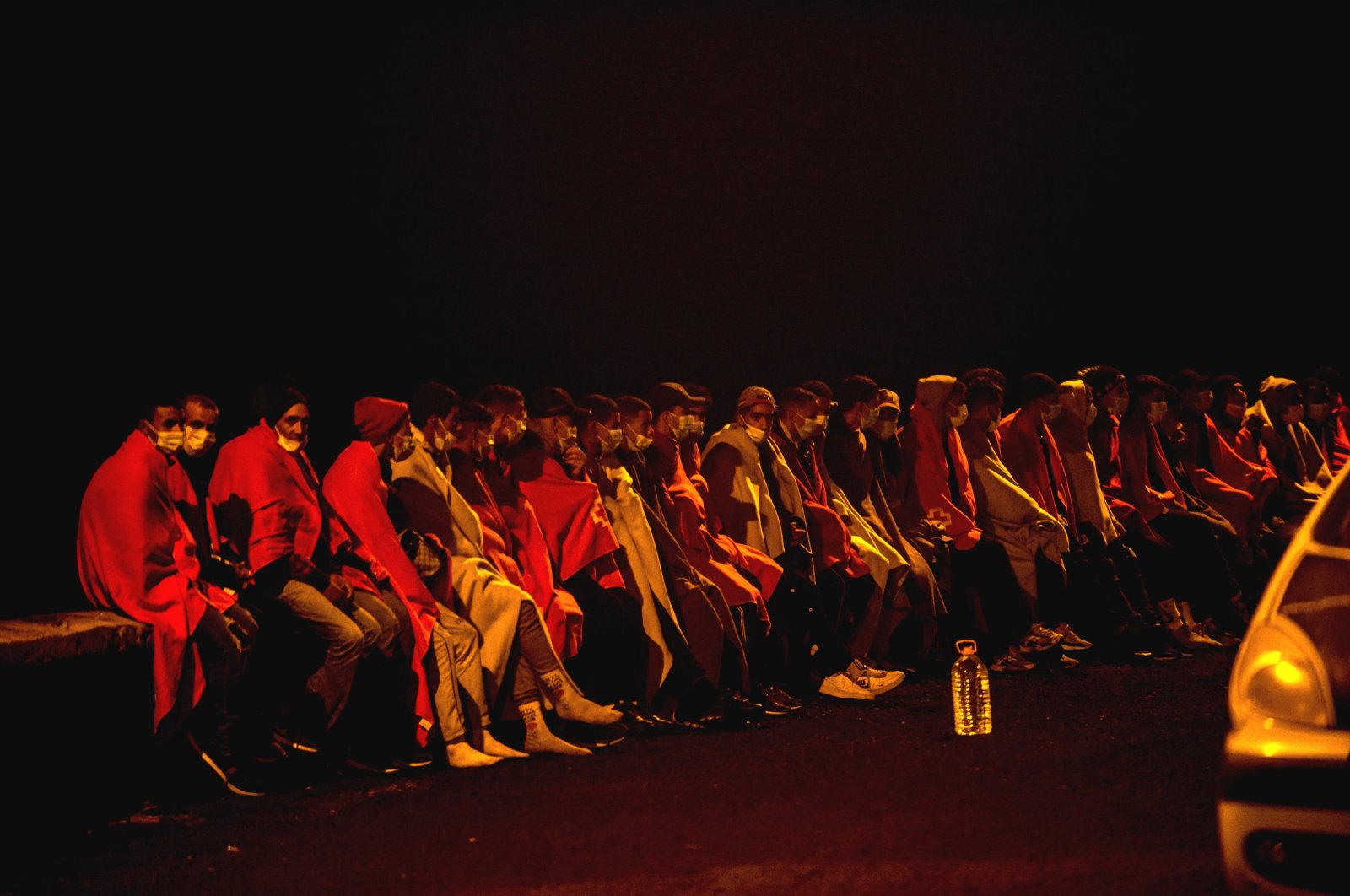 About 80 migrants, who traveled in two boats and who were rescued by Spanish Sea Rescue, arrive at Arrecifes port, in Lanzarote, Canary Islands, Nov. 22, 2021. (EPA Photo)
by ASSOCIATED PRESS Nov 24, 2021 12:46 am
RECOMMENDED

Some 400 migrants and asylum-seekers attempting to reach the Atlantic Ocean archipelago from West Africa have been rescued in Spain in the past two days.

On Tuesday alone, Spain's Maritime Rescue Service said it rescued more than 130 people from North and West Africa, including several women and small children, bringing them to safety on the Spanish islands of Gran Canaria and Fuerteventura.

Also Tuesday, Alarm Phone, a humanitarian network for migrants in distress reported that 20 migrants had been picked up in the ocean by the Moroccan Royal Navy on Monday after being spotted by a cargo ship. That was confirmed by Spain's Maritime Rescue Service.

The Atlantic route from West Africa to the Canary Islands has been increasingly used by smugglers who launch boats from Morocco, Western Sahara, Mauritania, Senegal and even the Gambia. So far this year more than 18,000 people have reached the Canary Islands this way.

The Atlantic route is also one of the deadliest to Europe. The UN's migration agency reported around 900 migrant deaths and disappearances this year although it admits the true death toll is likely much higher.