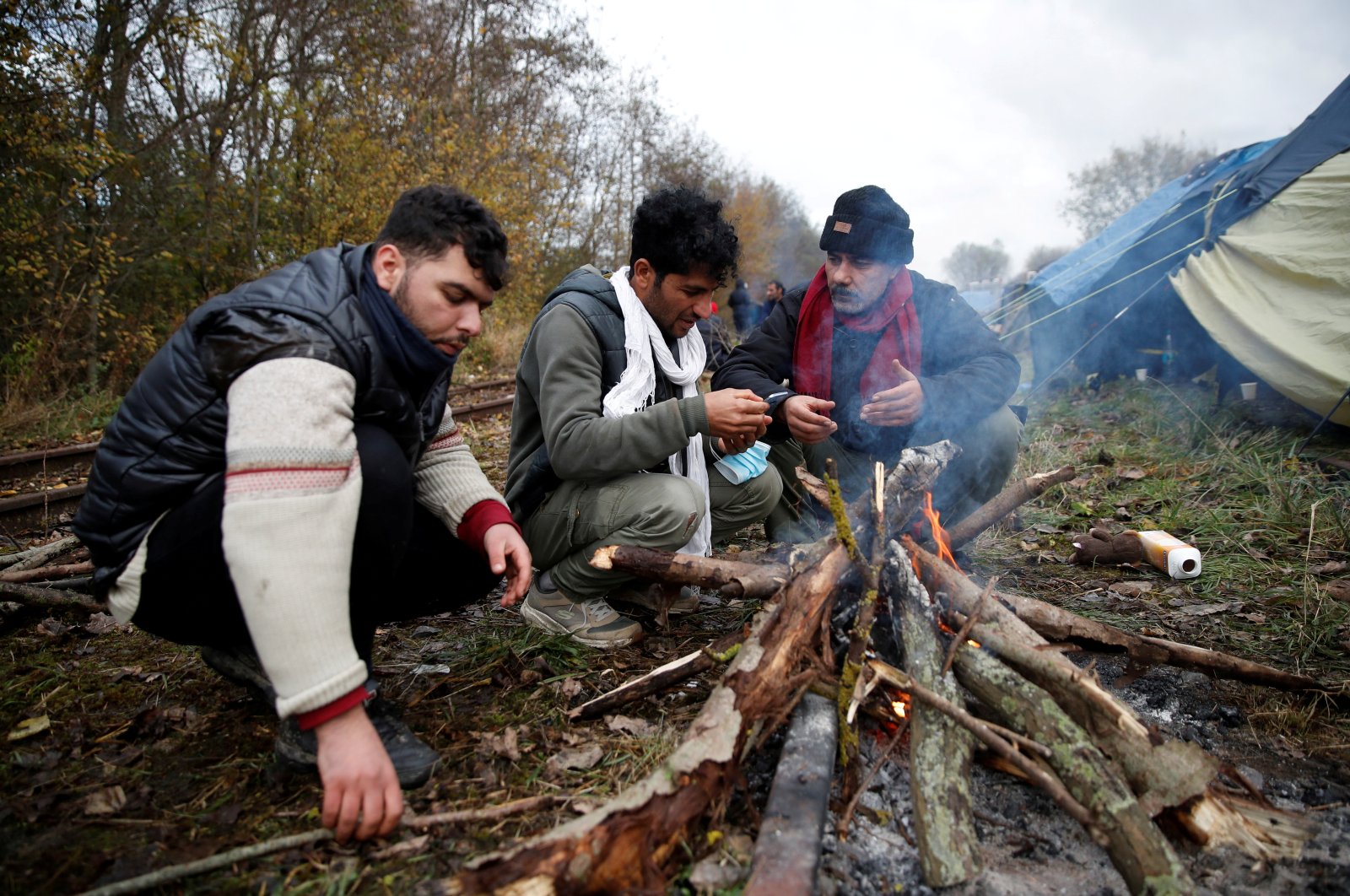 Migrants sit near a wood fire at a makeshift migrant camp in Loon Beach, the day after 31 migrants died when their dinghy deflated as they attempted to cross the English Channel, in Dunkirk, near Calais, France, Nov. 25, 2021. (Reuters Photo)
by German Press Agency - DPA Dec 05, 2021 9:23 pm

A French forest owner donated 20 tons of firewood to the refugee camp in Calais, on the English Channel, according to local media.

Volunteers helped to bring the logs from the Vosges, a low mountain range in eastern France, to Calais, newspaper La Voix du Nord reported on Sunday.

More than 1,000 migrants are living in makeshift shelters in and around the French port city, waiting for the possibility of an illegal crossing to Britain.

The wood is to be used for heating and cooking.

"We are incredibly grateful. We say a big thank you to this woman. This wood could last us between three weeks and a month," Pierre Roques, one of the volunteers, told the newspaper.

The refugee crisis in and around Calais has been playing out for years.

A week and a half ago, 31 people died when their boat capsized in the English Channel as they tried to reach Britain.

Tensions have been building between France and Britain as the two countries struggle to find solutions to the problem.