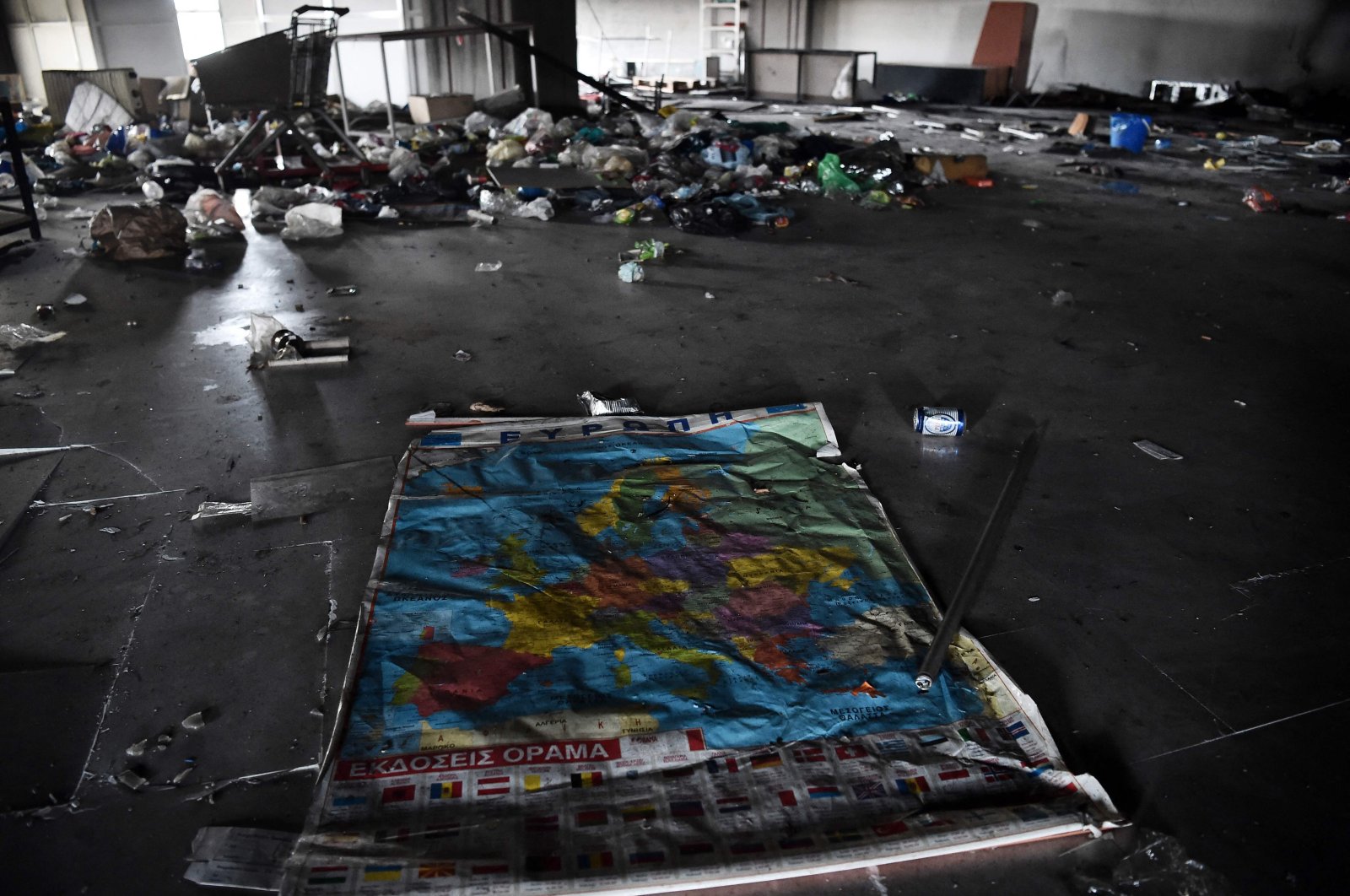 This photograph shows the inside of the burnt abandoned building where three migrants have been found dead following a fire in the center of Thessaloniki, Greece, March 10, 2021. (AFP)
by Agencies Mar 10, 2021 2:04 pm

Greece’s fire department says three migrants have been found dead following a fire in an abandoned building in the center of the northern Greek city of Thessaloniki.

The three men, believed to have been from Algeria, had been living on the third floor of the abandoned building. Firefighters said the three appeared to have died of smoke inhalation. However, a spokesperson for the fire brigade said that this would be clarified by the forensic department.

A fourth man, who told authorities he was from Morocco, survived.

The building in which they lived was in deplorable condition and was uninhabited, local media reported.

Thousands of migrants and refugees make their way to Greece each year from nearby Turkey. Some apply for asylum in Greece, and others try to make their way further north to other European Union countries using smugglers. Many end up sleeping outdoors or squatting in abandoned buildings.

Back in November 2020, a fire broke out in the refugee camp on Greece's Samos island on Monday, burning down 15 tents, leaving at least 150 migrants without shelter.