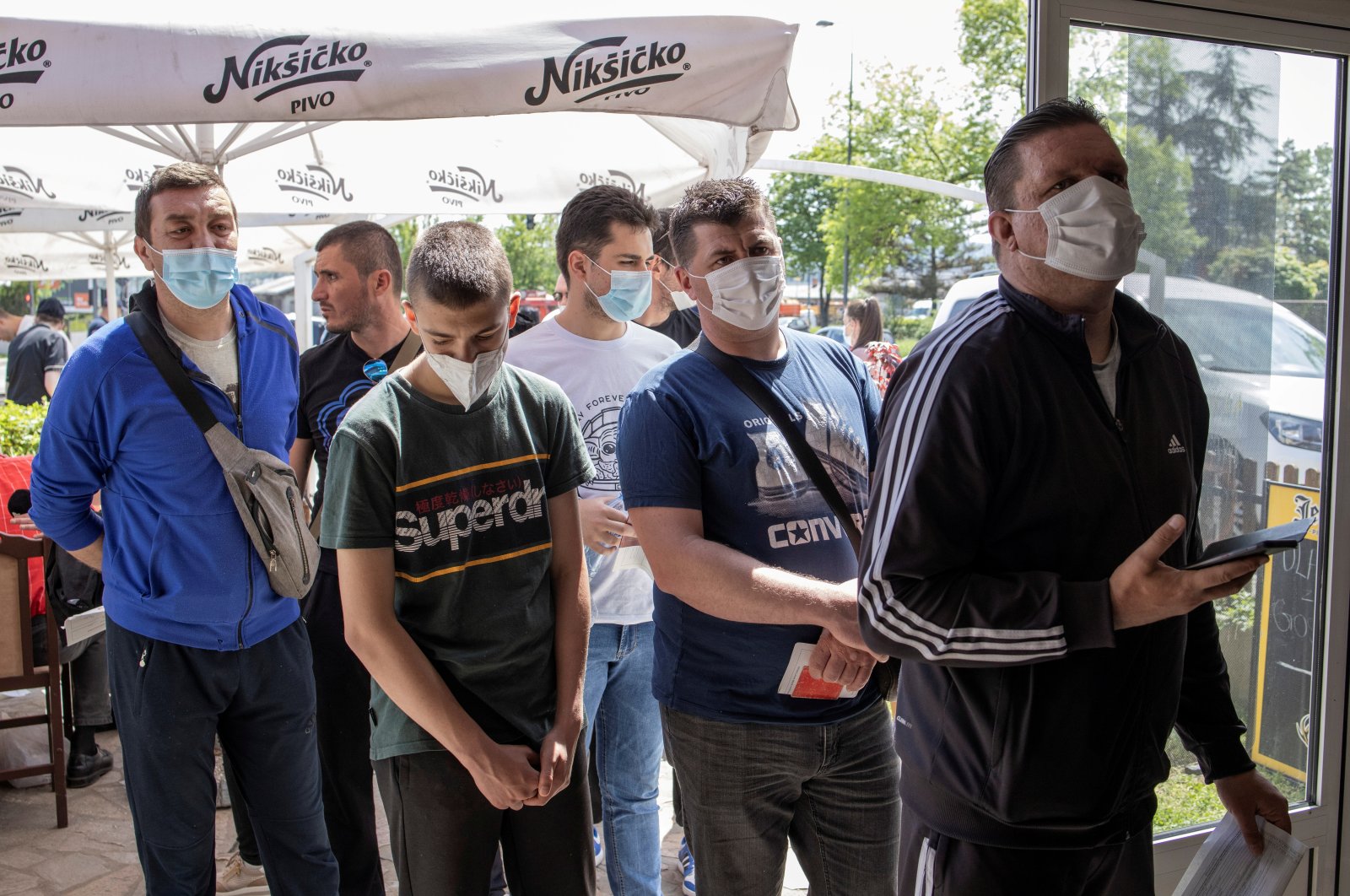 People wait to receive doses of the Chinese Sinopharm vaccine against the coronavirus disease at a restaurant in Kragujevac, Serbia, May 4, 2021. (Reuters Photo)
by French Press Agency - AFP May 05, 2021 5:03 pm
RECOMMENDED

Serbia announced on Wednesday that the country would pay every citizen who gets a coronavirus vaccine before the end of May, in a scheme that could be the world's first cash-for-jabs program.

The Balkans country bought millions of doses – from Western firms as well as China and Russia – and briefly became a regional vaccine hub when it offered foreigners the chance to be inoculated.

However, after fully vaccinating some 1.3 million of its 7 million people, the drive has started to stall.

"All those ... who receive the vaccine by May 31 will get 3,000 dinars ($30)," President Aleksandar Vucic told local media, adding that he expected 3 million to be vaccinated by the end of the month.

But he added that public employees who did not receive a vaccine would not get paid leave if they contracted the virus.

Serbia is hoping to further boost its rollout on Thursday by offering vaccines in shopping centers and rewarding volunteers with vouchers.

"I have not encountered in medical literature anyone being paid for COVID-19 vaccinations," Serbian epidemiologist Zoran Radovanovic told Agence France-Presse (AFP).

"So we may be the first not only in Europe, but also the world."

However, he warned that stimulating vaccination drives with money could be a double-edged sword.

"It will push some of those who live in extreme poverty to get vaccinated, but it will produce resistance with some of the others," said Radovanovic.

"The logic is this: if the state is paying me to do something it is telling me is for my own good, then something is fishy."

Some companies have offered employees incentives to get the COVID-19 jab, and poorer countries in Asia and Africa are known to have offered rewards to those getting vaccinated in other campaigns – but not since the pandemic took hold.