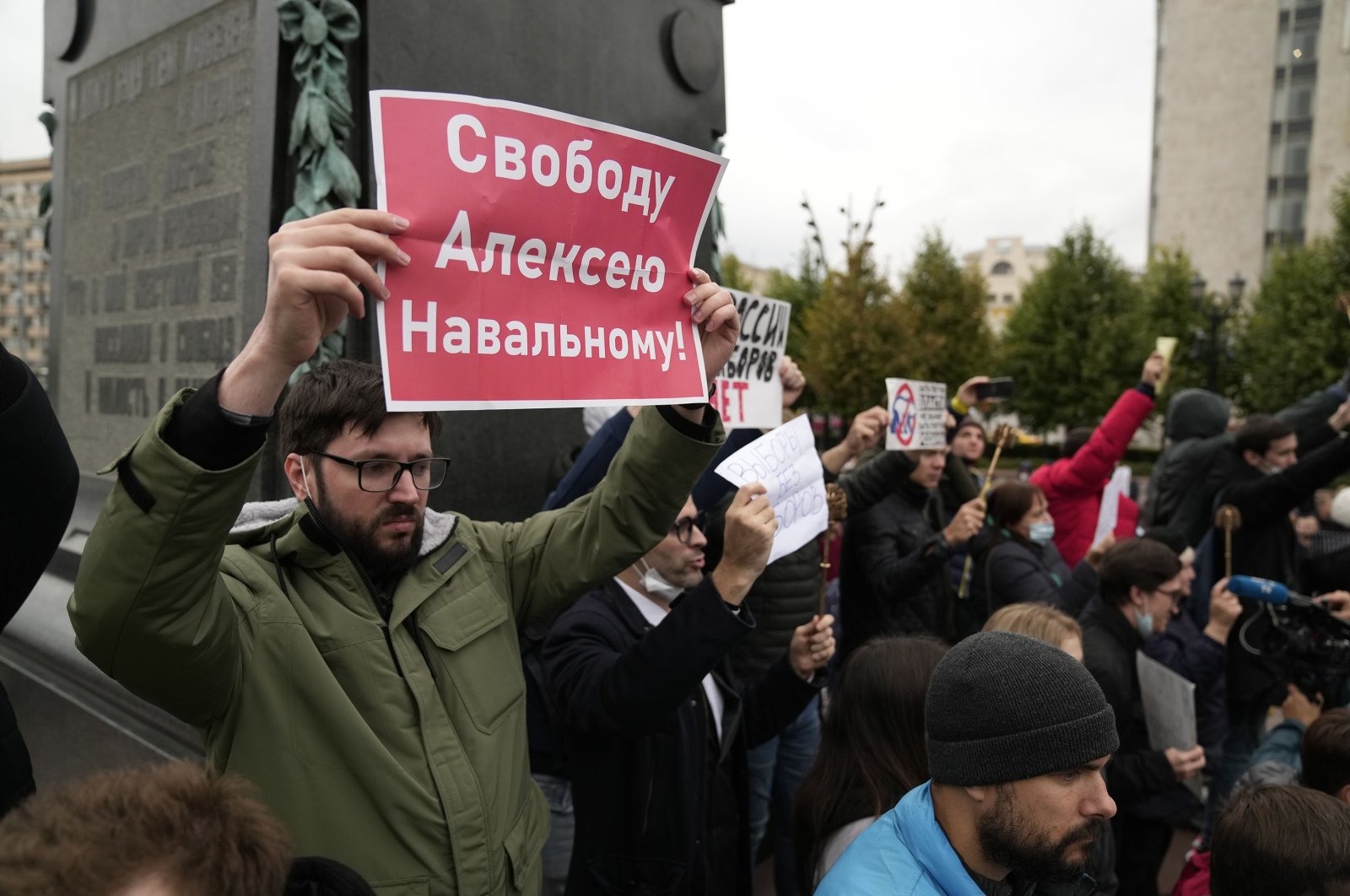 A man holds a poster that reads: "Freedom Alexei Navalny!" during a protest against the results of the Parliamentary election in Moscow, Russia, Sept. 25, 2021. (AP Photo)
by ASSOCIATED PRESS Dec 25, 2021 2:08 pm
RECOMMENDED

Russian authorities on Saturday blocked the website of a prominent monitoring group that tracks political arrests and provides legal aid to detainees, the latest move in a monthslong crackdown on independent media and human rights organizations.

OVD-Info reported that Russia's internet and communications watchdog, Roskomnadzor, blocked the group's website. The organization said in a tweet that it wasn't formally notified about the decision and doesn't know the reason for the action beyond that it was ordered by a court outside Moscow on Monday.

OVD-Info gained prominence for its meticulous tracking and counting of arrests during street protests in Russia. Activists first started the practice during mass protests triggered by a 2011 Russian parliamentary election tainted by numerous reports of voter fraud and then formed a group that has continued the work since.

The data has been indispensable to news outlets over the years as Russian authorities largely kept quiet or underplayed the scale of mass arrests at protests and demonstrations.

OVD-Info operates as a legal aid group as well, dispatching lawyers to help detained protesters at police stations and in courts. In September, a Sweden-based international human rights organization awarded OVD-Info its Civil Rights Defender of the Year award.

That same month Russian authorities designated the group as a "foreign agent” – a label that comes with excessive government scrutiny and strong pejorative connotations that can discredit recipients. OVD-Info's founders vowed to continue the organization's work despite the designation.

Russian authorities have mounted pressure on rights groups, media outlets and individual journalists in recent months, naming dozens as foreign agents. Some were declared as "undesirable” – a label that outlaws organizations in Russia – or accused of links to "undesirable” groups.

On Friday, Russia's Justice Ministry added two more rights groups to the registry of foreign agents: Coming Out and Revers, which advocate for LGBT rights and provide assistance to Russia's embattled LGBT community.

Russian law mandates a non-governmental organization, a media outlet, an informal movement or an individual to be listed as a foreign agent for having received foreign funding – even a small donation from a foreign national counts – and engaging in loosely defined political activity.

OVD-Info, together with other rights groups, launched a campaign in September to abolish the "foreign agents” law. As of late December, more than 240 organizations and over 260,000 individuals had signed a petition that describes the law as "discriminatory and unlawful.”