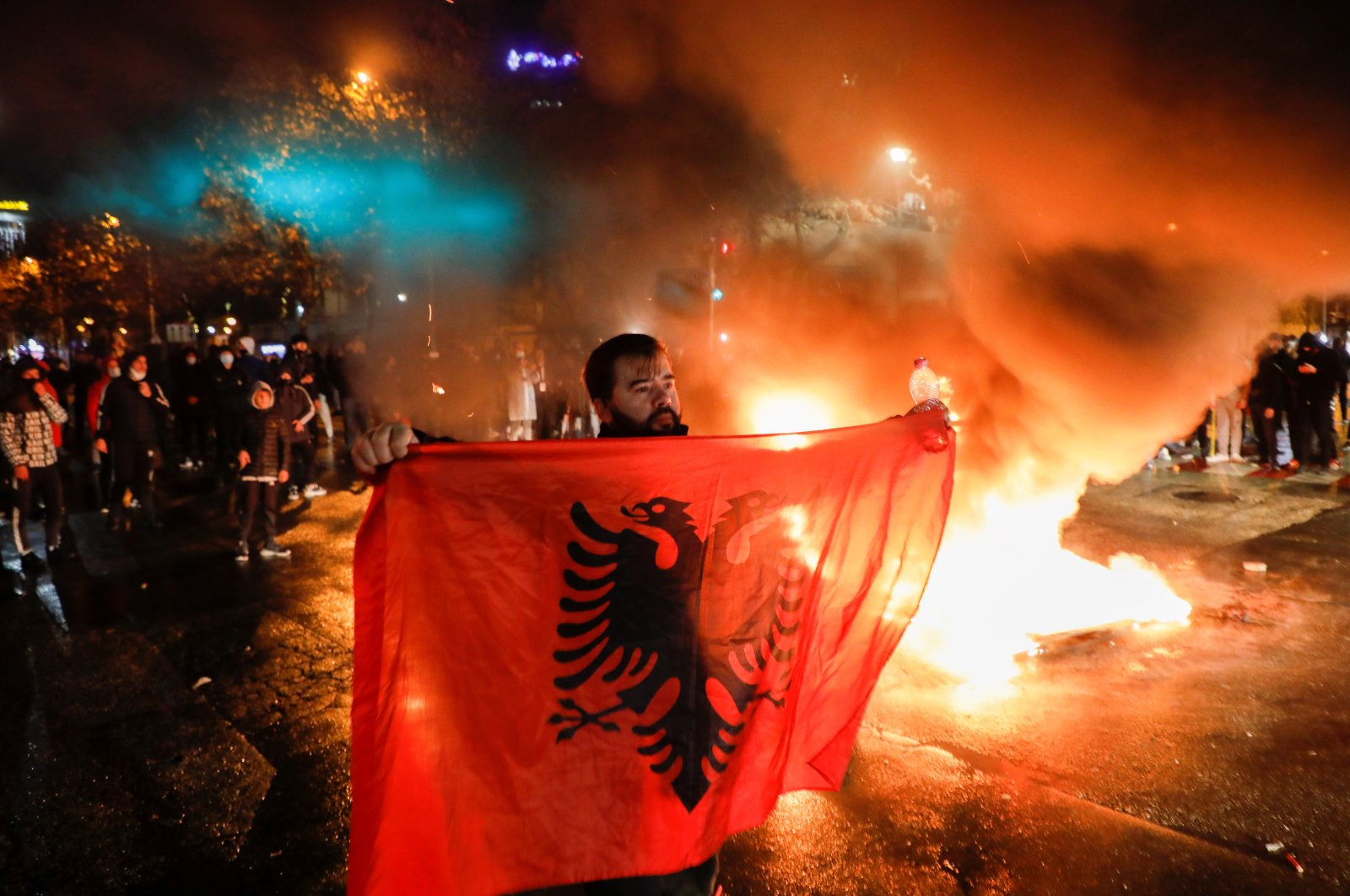 A man holds the Albanian flag as people take part in a demonstration in reaction to the death of Klodian Rasha, after he was shot dead during the country's overnight curfew, in Tirana, Albania, Dec. 10, 2020. (Reuters Photo)
by REUTERS Dec 10, 2020 10:22 pm

Albania’s interior minister resigned on Thursday over the killing of a young man by a police officer. Police used tear gas and water cannons to disperse protesters from the front of the interior ministry building.

A 25-year-old man, identified by Albanian media as Klodian Rasha, was killed early on Tuesday in what police described as excessive use of force by an officer during a nightly curfew introduced to prevent a surge of coronavirus cases.

Police had first said that Rasha failed to obey an order to stop and that he had carried a weapon. But they later said he was unarmed.

The killing triggered violent protests on Wednesday in which nine police officers were injured.

“I have tried with all my energies to leave a trace of normality while exercising my duty.”

Similar protests were also seen in other towns but were less violent.

“The perpetrator... will be investigated and tried by the justice authorities,” Rama said in a televised address.